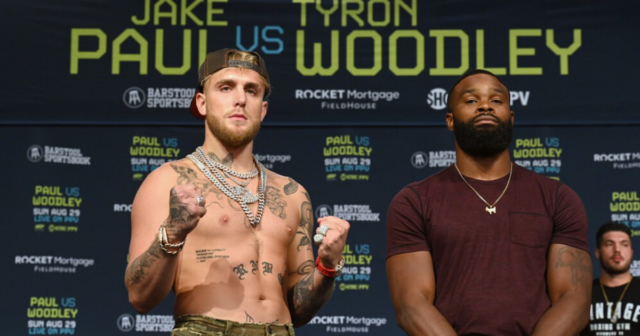 TYRON WOODLEY has raged at Jake Paul not being ‘a man of his word’ after the YouTuber snubbed a rematch to face Tommy Fury instead.

Woodley was beaten by Paul over eight rounds in August, but beforehand the two made a pre-fight wager.

They bet the loser would have to get the winner’s name tattooed on them.

But in the ring afterwards, Paul agreed to rematch Woodley, so long as the bet was honoured.

It took Woodley a whole month to get ‘I love Jake Paul’ inked on his finger, which ultimately proved too little too late.

He has since hit out at the social media star as he posted a link to their face-to-face sit down which was recorded days before their fight.

Woodley, 39, tweeted: “Watched this for the 1st time! Every single word here happened.

“He got gassed & ran. He didnt want to run it back. He wasnt a man of his word.” 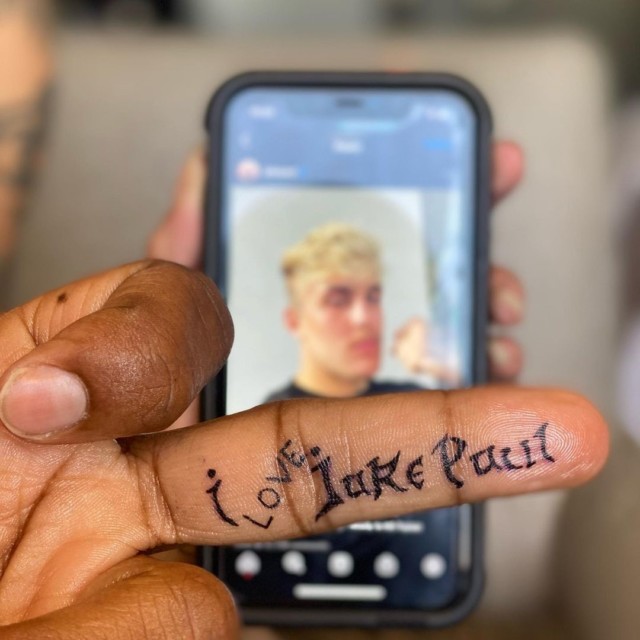 After beating Woodley, Paul turned his attention to Fury, 22, who beat his sparring partner Anthony Taylor, 32, on the undercard.

Recently the American talked down a rematch with Woodley, despite the tattoo reveal.

Paul, 24, told TMZ Sport: “By the time he’d got the tattoo, we’d already moved on to fighting Tommy Fury and making that fight negotiation.