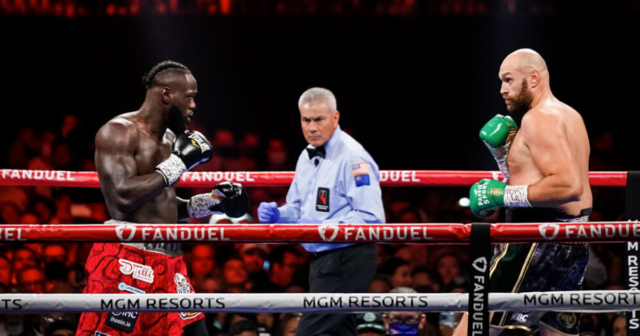 DILLIAN WHYTE has been tipped to follow in the suit of Tyson Fury and put a beating on Deontay Wilder if he ever gets his hands on the American.

Former WBC champ Wilder suffered a brutal 11th-round knockout loss in his trilogy fight with the Gypsy King last weekend, although he turned in a spirited display before being stopped. 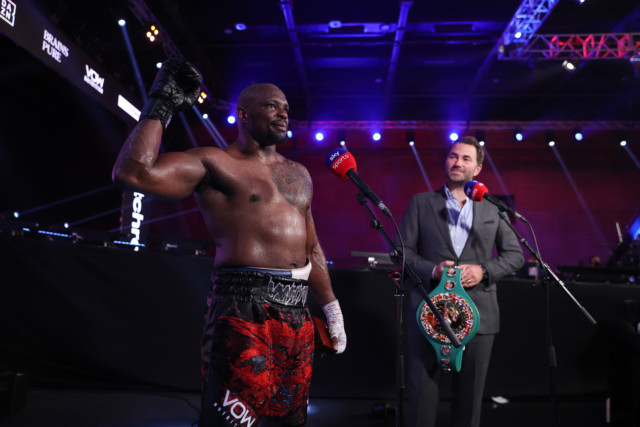 Wilder, however, struggled to deal with the size and weight of the 6ft 9in, 277lb Gypsy King, who made every bit of his advantages count.

And Matchroom Boxing chief Eddie Hearn is adamant Whyte would do the same thing to the Bronze Bomber, although he admits the Brixton banger’s love of a tear-up could see him laid out.

He told iFL TV: “Whyte would do exactly the same to Wilder that Fury did, in terms of being too big and strong, but could also get KO’d.”

But he admits he the pair – who will renew their rivalry next year – could also be taken out by the heavy-handed Olympian.

Wilder, 35, suffered a broken hand in his ill-fated bid to reclaim the WBC title and is set to undergo surgery next week.

His co-manager Shelly Finkel revealed to SunSport this week: “Deontay broke his right hand behind the third knuckle and he has to have that fixed next week.

“He’s sore but he was OK, he was home yesterday.

A dejected Wilder refused to show Fury any respect in the immediate aftermath of the bout but gave the lineal champ his dues after his post-fight check-up. 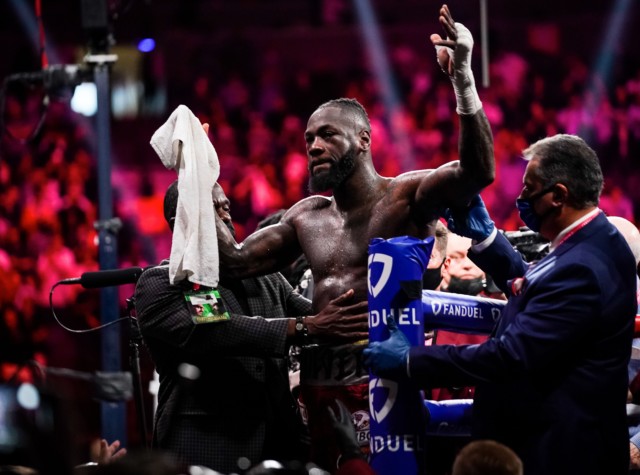 Deontay Wilder will undergo surgery on his broken hand next week

He said: “I did my best, but it wasn’t good enough tonight. I’m not sure what happened.

“I know that in training he did certain things, and I also knew that he didn’t come in at 277 pounds to be a ballet dancer.

“He came to lean on me, try to rough me up and he succeeded.”