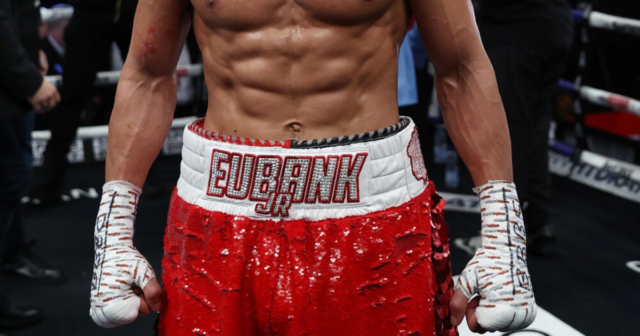 CHRIS EUBANK JR admitted the fan who bet his ‘life savings’ on him to stop Liam Williams would have been left ‘pretty upset’.

Eubank Jr was a 1/3 favourite to beat hometown hero Williams in their Cardiff grudge match.

And one punter appeared to be so confident he lumped everything he had on the middleweight world title hopeful.

In a direct Instagram message to Eubank Jr, a fan wrote: “Chris, I’ve just unloaded my life savings onto you to win by stoppage, don’t let me down.”

The boxer himself revealed the claim and captioned it: “Now that’s some belief right there.”

The punter was well on his way to celebrating the mother of all gambles as Williams, 29, was floored FOUR times.

But he would have been left gutted and gobsmacked after Eubank Jr elected to take his foot off the gas and showboat his way to a win on the scorecards.

Eubank Jr, 32, claimed a hand injury prevented him from pushing for the knockout, but is in touch to make it up to the fan.

He told The Mirror: “He is probably not in a great place right now and pretty upset.

“I think actually my team may have reached out to him, there is something they may be doing in terms of inviting him to an event or something like that or putting that in place.

“It is unfortunate for him that I hurt my hand and was unable to put weight behind my shots, which is why I boxed a lot more and was more defensive.

“That affected me not getting the finish but it’s boxing and you have to deal with it. 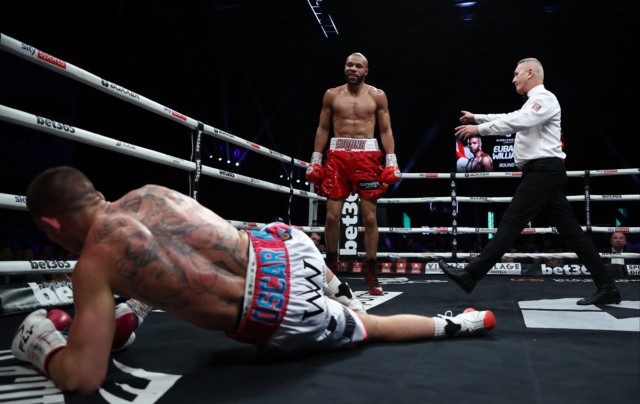