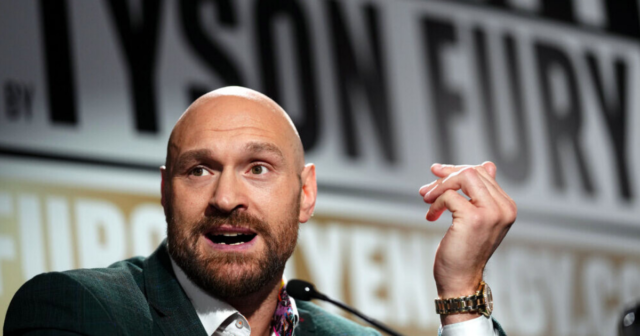 The 33-year-old WBC heavyweight king will face his long-waiting mandatory challenger this Spring, as long as the Brixton Body Snatcher returns the contract by February 19.

English football’s home is the frontrunner to host an 80,000 barnbuner but Fury is getting impatient that Whyte, 33, is yet to sign the deal and is refusing to do interviews to help flog the pay-per-views and tickets.

Whyte will earn £6million just for showing up and a potential £9m for winning and Fury – who went to Germany to dethrone Wladimir Klitschko for three world titles in 2015 – says he should count himself lottery-winner lucky.

The giant roared: “I don’t hate Dillian Whyte and he doesn’t hate me, I am going to make him a lot of money, more than he could have made in a million lifetimes.

“I think not talking is pathetic, we are here to talk-up and sell one of the biggest fights in British boxing history and he needs to play his part.

“They keep going about the money and percentages but this little s*** is getting eight times more than I got when I beat Wladimir – and I was 20 times more popular than him for that fight, undefeated, mandatory with both the WBO and the WBA, and had won three world title eliminators.

“He would be very sensible to take his money before he loses it. It is like this idiot has won the Euro Lottery.

Fury visited London to meet with the British press to start flogging the mouth-watering bout and – if he’s frustrated with Whyte’s stoic silence – made up for it by taking aim at the rest of the division.

He blames AJ and Whyte for the convoluted stepaside deal to let Fury face WBA, IBF and WBO champ Oleksandr Usyk – for the undisputed status – collapse over money.

And insists he will punish them physically for their fiscal fascinations and labels them serpents destined for the bottom of the sea.

“These men are cowards” he growled. “Dillian Whyte has been waiting 1200 days for his title shot but was then licking his lipos for stepaside money.

“Joshua is a coward too because he wanted that £15m to stepaside and then he came back and asked for another £5m. Whyte is a coward but Joshua is a greedy coward.

“I don’t care what they say because Joshua and Hearn are just vipers, snakes in the grass, reptilians.

“I have cost them all that money and I take pride in it as well, thank you very much.

“They know not to cross me anymore, because I am driving this ship and it’s full of sharks out there.” 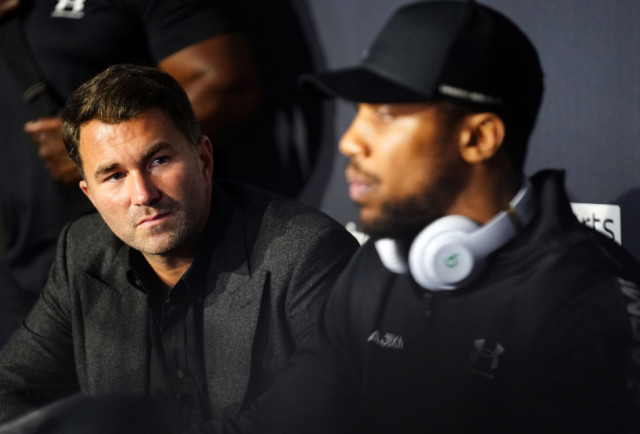