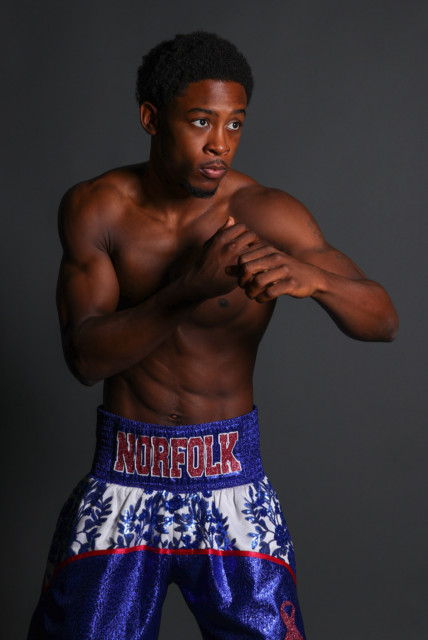 KEYSHAWN DAVIS is already backing himself as the ‘next star’ in boxing – as he gave up his Olympic dreams to debut on Canelo Alvarez’s undercard.

The American amateur sensation was closer than ever to earning a spot on USA’s Tokyo squad for the delayed games in the summer. 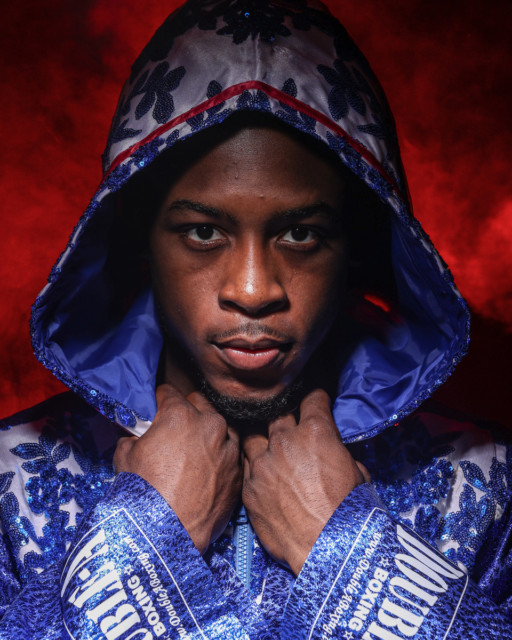 Keyshawn Davis is one of the hottest prospects in America

But recognising a gap to fill in the paid ranks with boxing’s elite currently on the sidelines, Davis has turned over and announces himself this weekend.

The 21-year-old told SunSport: “I had a whole entire year to think about staying amateur or going pro.

“The whole of 2020, the real top professionals like Terence Crawford, Errol Spence, Shakur Stevenson, they were all waiting to fight.

“I feel like if I was to jump in around all the top pro fighters, then my pro debut would have been watered down.

“Going into 2021, everybody’s already fought and I feel like I can be that new fighter coming into the game.

“Not only that, Canelo Alvarez was starting off the year in 2021 and I feel like this is now a great opportunity for me, so I took it.”

And in his view, he passed on a guaranteed Olympic medal to instead make his mark in the big time.

Davis said: “It was a very hard decision, it’s the Olympics.

“It was a very hard decision, but I had a whole year to think about it, get over it and move on.”

Davis, from Norfolk, Virginia, was the hottest property in American amateur boxing, due to his quick hands, smart defence and ring IQ way before his years.

He has linked up with promoter Eddie Hearn to debut on the undercard of Canelo’s super-middleweight title defence against Avni Yildirim in Miami. 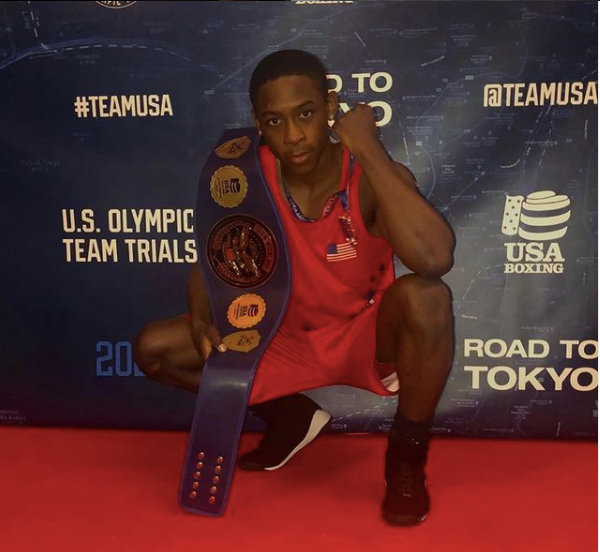 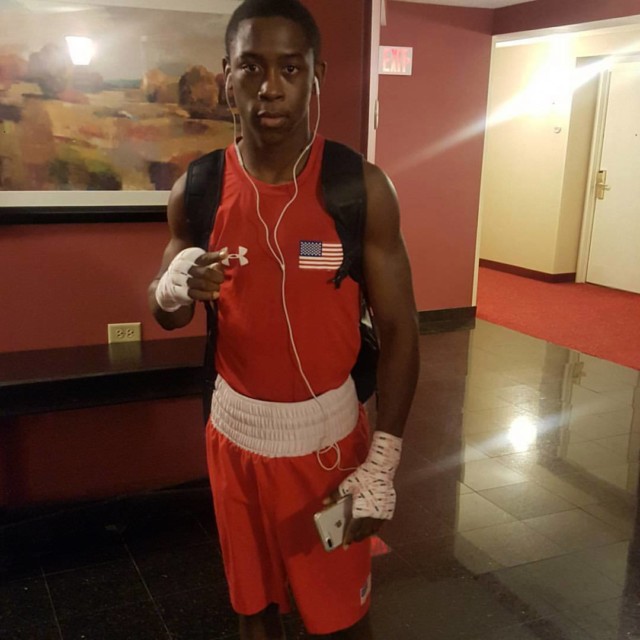 But lightweight Davis is not yet tied down to a promotional or managerial stable, and ensures his career is well and truly in his own hands currently.

And he backs himself to be good enough to win a world title in just five to eight fights – so long as that is the path he choses.

Davis explained: “It’s on me, it’s up to me on how fast I want to move.

“I feel like I could win a world title in five to eight fights – but it’s on me how fast I want to move. 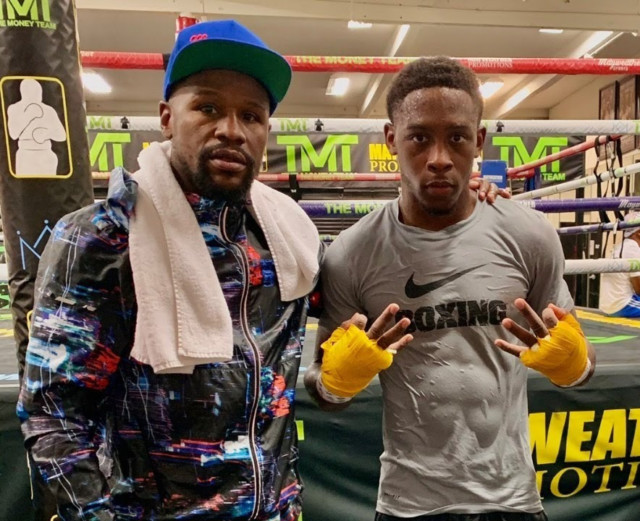 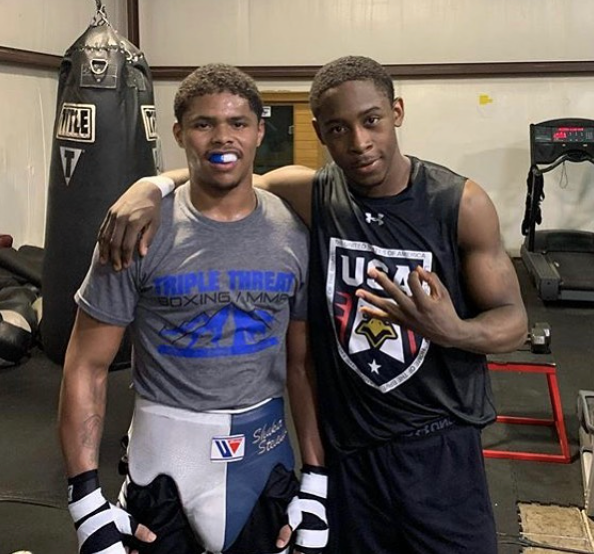 Davis revealed: “We had talks with Leonard Ellerbe, he called my big brother first and then a month later he had a conversation with me.

According to the prospect, Mayweather and Hearn have not been the only ones expressing their interest in Davis.

He said: “Who wouldn’t want to sign me? It’s a good investment.

“When I was still amateur, not only promoters but fighters were telling me I’m ready to go pro and that I’m going to be a world champion.

“I was the most guaranteed to come into the pros and be the next star or world champion. Who wouldn’t want to sign me?” 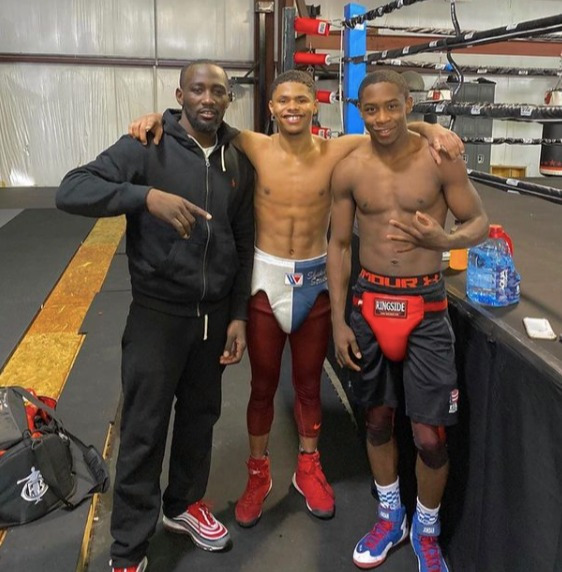 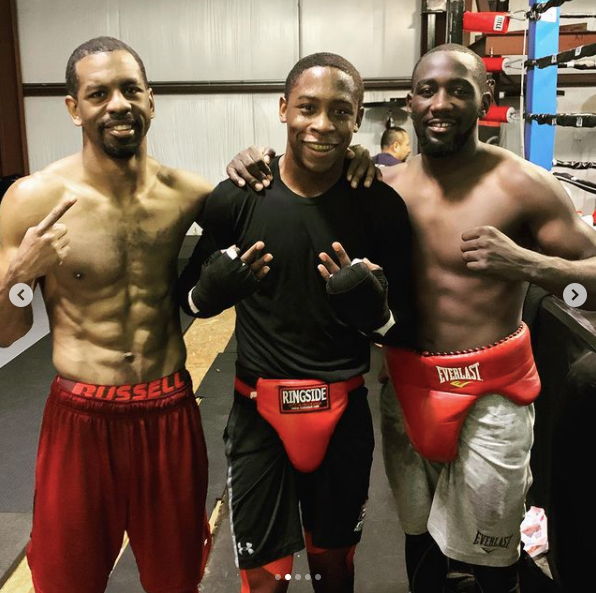 He said: “Being in the ring competing with those guys and getting the respect after the sparring, they’d say, ‘You’re ready to go pro now’.

“It gave me a big confidence boost and to go back and work on things to get even sharper going into into the professional game.”

But Davis, who turns 22 just days after his debut against Lester Brown, does not feel pressured to replicate their fast-tracked routes to the title.

He said: “I don’t look at people and compare myself, I’m a completely different person.

“I’m coming into the game with something new, something fresh, I can’t really look at those guys as I’m going to be watered down.

“I’m just going to do what I do and what I feel is best for me and challenge myself.”