How can I buy Logan Paul and KSI’s new drink Prime?
Advertisement 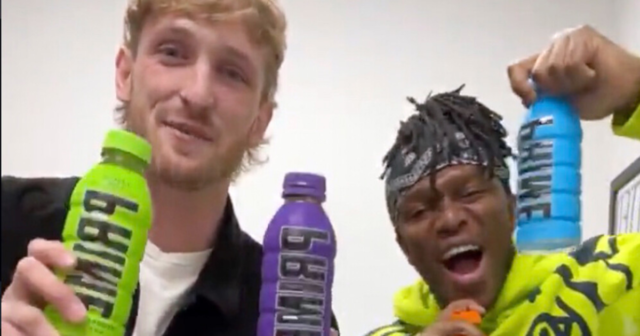 Now, he is teaming up with KSI to launch a new drink and fans want to know where they can buy it.

How can I buy Logan Paul and KSI’s drink Prime?

On January 4, 2022, it was announced that the former rivals have become business partners and had created a new sports drink called Prime Hydration.

During a live stream, Paul and KSI revealed that they are aiming to “rival some of the biggest companies on Earth” with their new beverage, including “Pepsi, Coke, Gatorade, and Powerade.”

The drink reportedly took six months to make and will be available at Walmart, Target, Kroger, CVS, GNC, Ralph’s, and Vitamin Shoppe, however, a release date has yet to be revealed.

How much is Prime?

At this time, little is known about the contents of Prime except that it includes 10 percent coconut water.

“Our goal was to create a fantastic hydration drink that can fuel any lifestyle,” Paul and KSI wrote in a statement.

“Over the past year, we’ve worked countless hours to formulate the product from scratch, lock in deals with the largest retailers in the world, and build a multi-hundred person team to get our products to the shelves.”

A price is also unclear at this time but is expected to average other popular energy drinks.

It will be available at Walmart, Target, Kroger, CVS, GNC, Ralph’s, and Vitamin Shoppe

Leading up to the announcement of their new business venture, the fighters heavily teased fans with an event called “The Final Chapter,” which many believed would be another fight.

However, the event in which they were publicizing had to do with the announcement of Prime, leaving many fans upset.

“Is that it?” one user asked following the live stream event while another added “damn we got excited for nothing,” according to Mirror.

Throughout the course of 2018 and 2019, Paul and KSI made millions in their fights and fans were expecting a third face-off when KSI won the rematch after their first fight ended in a draw.

Advertisement. Scroll to continue reading.
In this article:heis, loganpaul, newdrink