How Eddie Hall is transforming from strongman to boxer for Thor fight with insane workouts, cryo chamber and huge meals
Advertisement 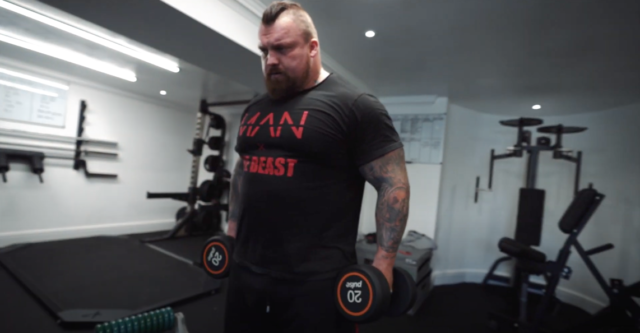 EDDIE HALL has revealed how he is transition from strongman to boxer – with the help of intense training days, cryo chamber and huge meals.

The 6ft 3in 32-year-old has signed to fight weight lifting rival Hafthor Bjornsson, 31, next year in Las Vegas. 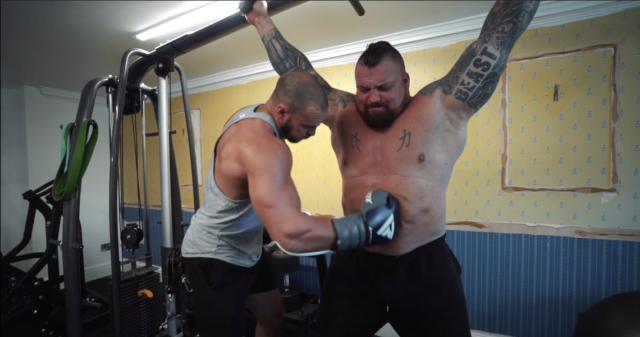 It has so far been postponed until fans paying fans can return, leaving the boxing novices longer to prepare for the pay-per-view spectacle.

Hall – who retired from dead lifting in 2017 – gave fans an insight into his manic training schedule on YouTube.

He begins each day with a jog before stretching off and doing two hours of strength and conditioning.

That includes dead lifts, training his arms for endurance and abdominal work – to strengthen his core ahead of the fight.

After that Hall hits the cryo chamber – designed to relieve muscle pain – for three minutes, at minus 130 centigrade. 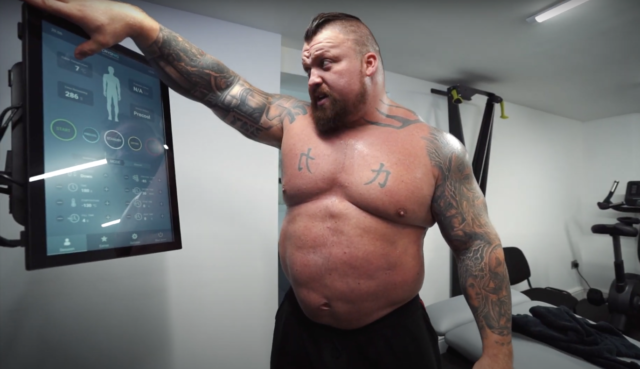 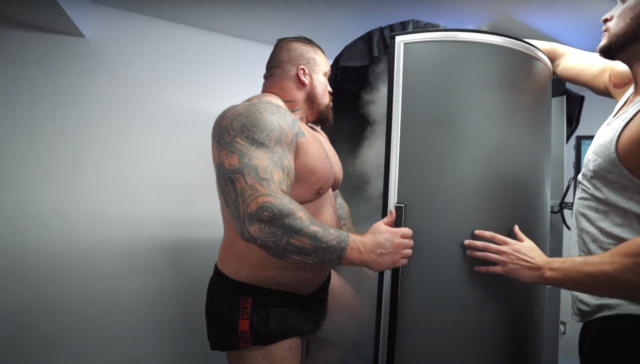 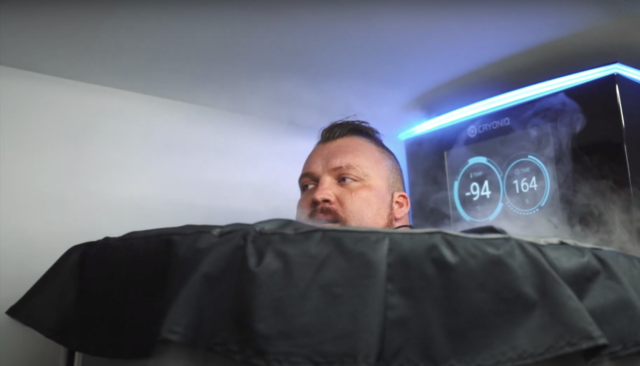 The chamber hits minus 130 centigrade

He says: “This for me is an amazing bit of recovery in between strength and conditioning and my boxing training.

“What it does is really shock the system and puts me in a state of basically repair.

“It releases all the endorphins and freezes all the muscles.”

Hall then heads home to eat and nap before his boxing session.

His lunch consists of two large pieces of chicken, 300 grams of rice topped off with 200g of vegetables. 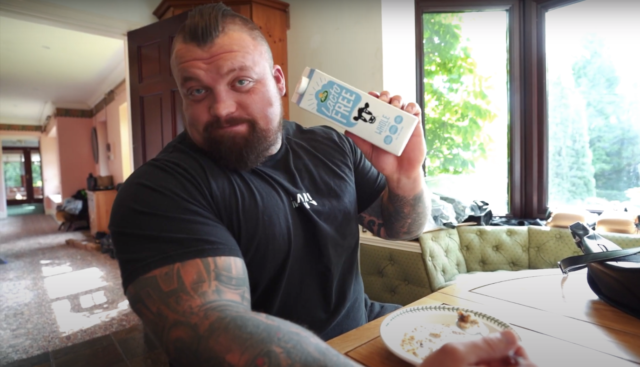 Hall snacks on cereal after his nap

After an hour and a half snooze, Hall wakes up to chocolate and granola breakfast – boosting his energy.

Before even beginning his boxing session, he again stretches for 45 minuets focussing on his legs.

His boxing trainer said: “He’s got a lot of natural talent which is always a head start.

“We’ve got him rotating into his shots, we’ve got him using his feet. He’s very explosive.

“As you would expect he’s very powerful. He tends to overwork everything he does, so we’re slowing him down throughout the rounds.” 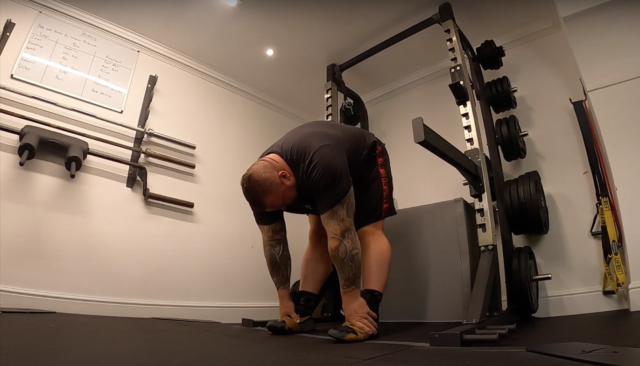 Hall makes sure to extensively stretch before sessions 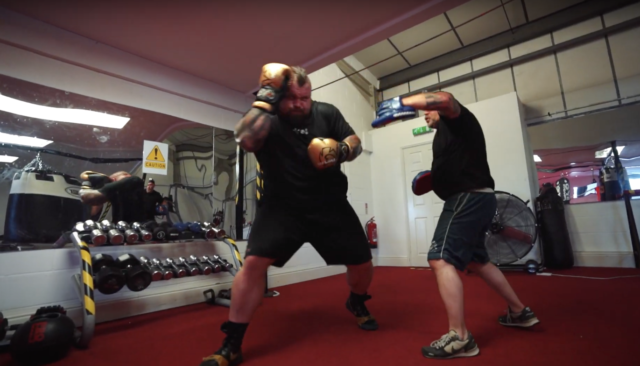 Hall hits the pads during his boxing session 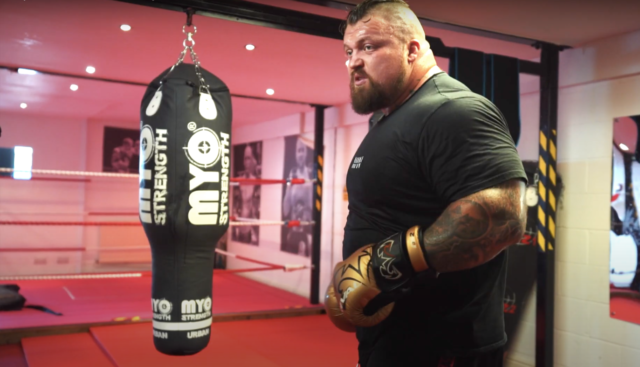 But they will not allow Eddie to look at his opponent, to avoid distractions.

After a 40 minute session, Hall calls it a day, believing his body instead needs to rest.

He then goes into another recovery process, which starts with a one hour physio session. 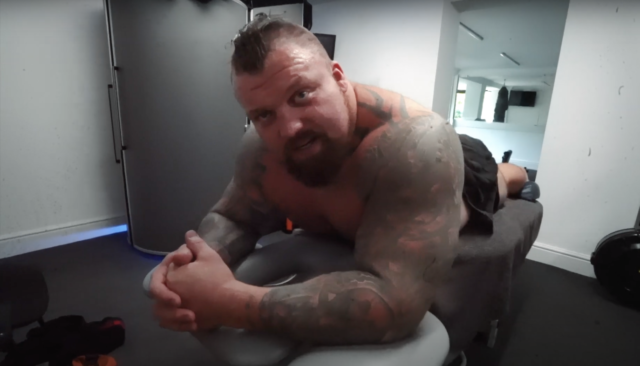 Physio therapy is a major part of his recovery

His masseur Richard says: “The aim for every session we do is just to remove out the lactic acid build up.

“Obviously he’s lost a lot of relaxed mass, so it’s made my life a lot easier.”

Hall then jumps in his hot tub, with the 40 degree heat helping to further relax his aching muscles.

He says: “This is perfect at the end of the day once I’ve had a hard day.

“Jump in here, get everything nice and warm, let’s get all the blood circulating and it’s also my time to unwind.”

Having had a shower, it’s on for dinner, cooked by Hall’s wife Alexandra.

He tucks into a massive portion of chicken, baked potatoes, asparagus, with peppers, coleslaw and HALF and bottle of mayonnaise.

Hall admits to eating a snack or two before hitting the hay, where he prepares to do it all again the following day. 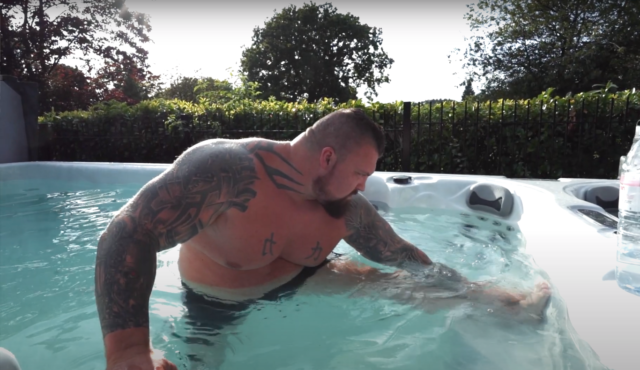 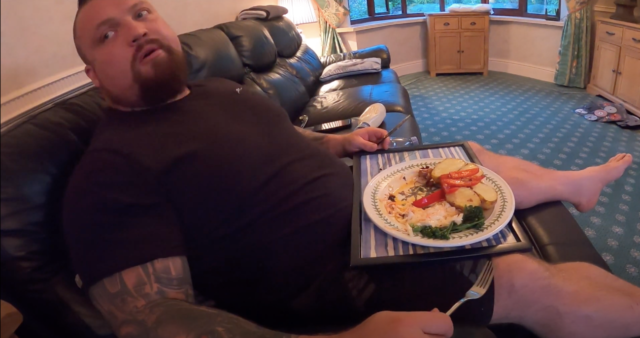 Did you miss our previous article…
https://www.sportingexcitement.com/boxing/conor-benn-would-not-be-shocked-if-spence-and-crawford-knocked-off-perch-by-animal-vergil-ortiz-after-16-straight-kos

Advertisement. Scroll to continue reading.
In this article:boxer, nextyear, weightlifting