How many rounds are in a boxing match and how many minutes long are they?
Advertisement 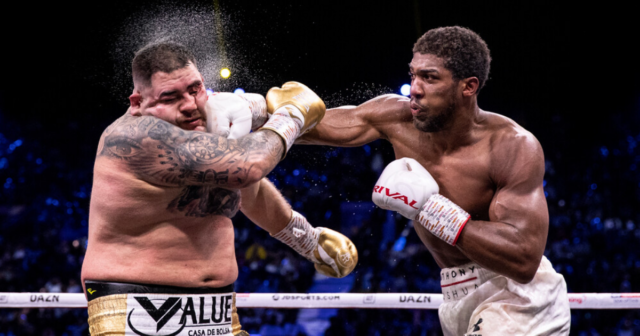 SCORES will be settled in the ring as the sport of boxing kicks on at pace.

But how many minutes are in each round, and why are championship fights capped at 12 rounds?

How many minutes are there in a boxing round?

Leading figures in women’s boxing have hit out at the length of the rounds.

Olympian Nicola Adams had said: “You just need that extra minute, you’re learning all these new things in the gym and you can’t try them out in two minutes.

“I have two minutes to find my rhythm, distance and take out my opponent. It’s not enough time.”

How much time is there between rounds?

The break in between rounds – win which fighters talk to their team and have cuts dealt with – usually last precisely 60 seconds.

How many rounds are there in a boxing match?

They had previous lasted 15 rounds until the late 1980s.

Non-title fights are usually on for 10 rounds or shorter.

Have title fights always been 12 rounds?

By 1988, all of the major governing bodies had changed their world title distances to 12 rounds from 15 rounds.

A tragic boxing match in 1982 between Ray Mancini and Duk Koo Kim over 15 rounds forced organisations to shorten their championship bouts.

The South Korean fighter Kim died in hospital five days after the fight, in which he lost in the 14th round.

Kim had never fought a 15 round bout before, while Mancini had four times.