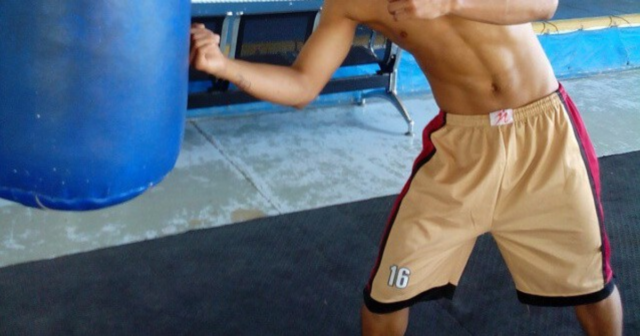 MARK MAGSAYO beat poverty like his idol Manny Pacquiao and is now a world champion managed by his wife.

The featherweight returns on Saturday in Texas, defending his WBC title against Rey Vargas. 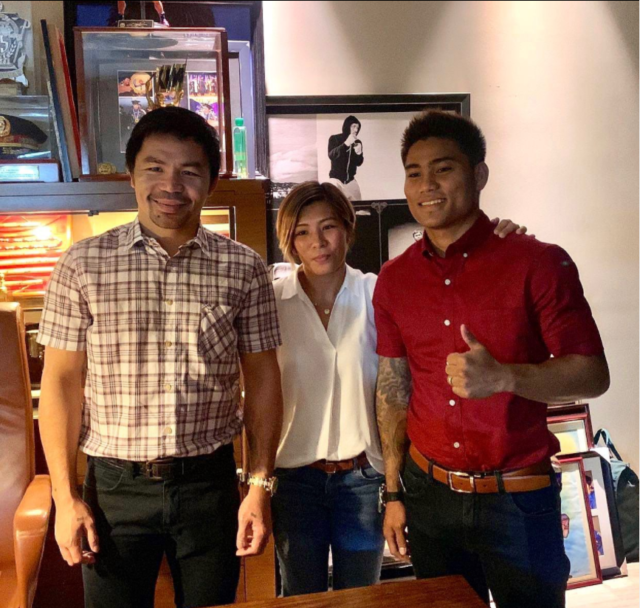 Magsayo’s boxing journey began in 2003 when he was just eight years old.

He was inspired to fight by Pacquiao, who had just had the first of his two classic bouts with Marco Antonio Barrera.

But just like PacMan, Magsayo was raised in poverty and had to work on the streets of the Philippines to help bring income for his family.

He told SunSport: “I was raised in a poor family, because of poverty.

“I helped my family with finances, food to eat. I sold ice cream. That was my childhood.”

Magsayo stopped selling ice cream at the age of ten to focus on boxing, believing it could one day bring his family in more money.

But like was the case growing up in Tagbilaran City, he had it tough.

“My father said to me, ‘Mark, stop boxing’. But no, I was still young, I was still a kid and I thought to myself just stay dedicated.

“At the age of ten or 11, I train hard, I wake up early in the morning to run and I’m training after school.

“I’m dedicated to fight and the next fight I won.”

Magsayo went on to win more than 200 bouts in the amateurs before turning professional in 2013.

The Filipino was victorious 11 times in two years before making his US debut in July 2015, beating Rafael Reyes.

Roach is the Hall of Famer who led Pacquiao to pound-for-pound supremacy.

So it was fitting for Magsayo to be training in the same WildCard Gym where PacMan became a modern great. 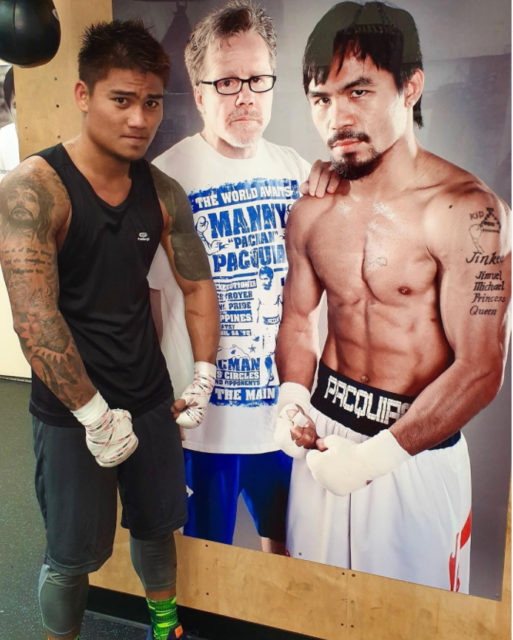 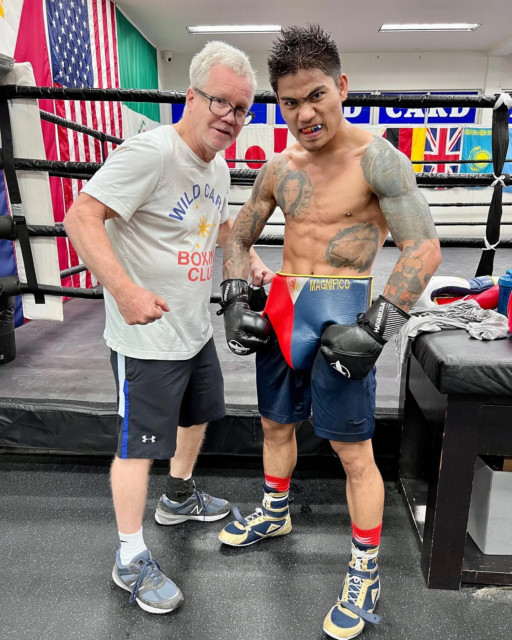 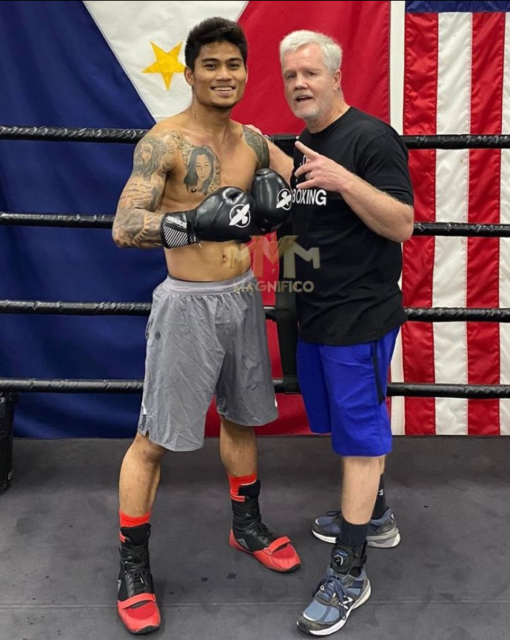 He said: “It was also my dream to train with Freddie and a good experience for me. It’s great to have a legendary coach.

“He changed my style, he corrected my mistakes and I thought before that I already knew boxing when I arrived here.

“But when I stepped foot in the gym with coach Freddie Roach, I’m not good enough!

“He taught me a lot about boxing, a lot of new styles and techniques. He changed my style and I’m a better fighter now.”

Under the tutelage of Roach, Pacquiao became an advisor and mentor to Magsayo.

Magsayo said: “For the first time that was saw each other, in the Philippines, he said to me, ‘Keep training. Train hard ever day and be disciplined’.

“That’s what he said to me. He inspired me in every fight. When I saw him training on the TV. Every time he won, I was inspired.”

After Pacquiao retired in September 2021, Magsayo was billed as the man to fill the void. 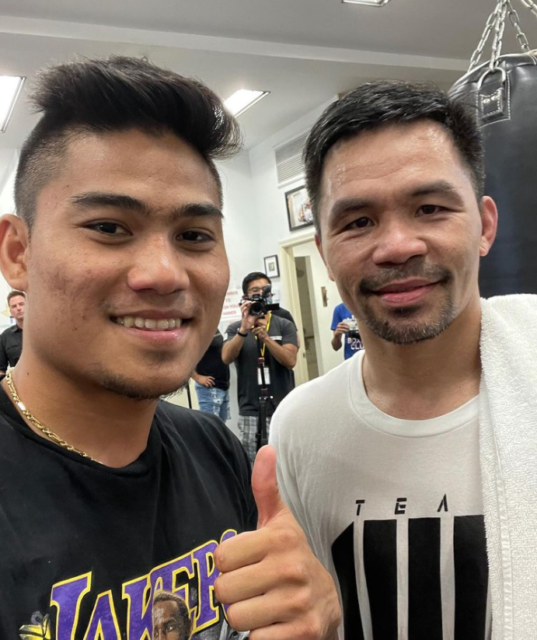 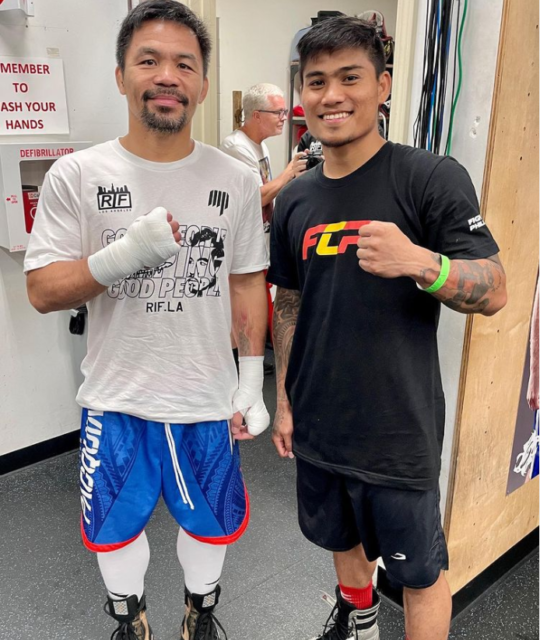 But as he puts, nobody is capable of replacing boxing’s only eight-division champion.

“There’s only one Manny Pacquiao. But for me, I’m going to make my own name. It’s been an honour to represent the Philippines.

“It’s my country, I give them honour and I do my best every fight to win.”

Pacquiao and Roach – one of boxing’s most successful duos – have played a huge part in Magsayo’s rise to the top.

But no one deserves more credit than his long-time wife Frances, who manages her husband’s career.

Magsayo said: “It’s very important that you have a wife to support me. It’s good that she organises everything about my camp.

“She’s very supportive, all my needs she gives to me. She organises the whole team, and the contracts for my fight. 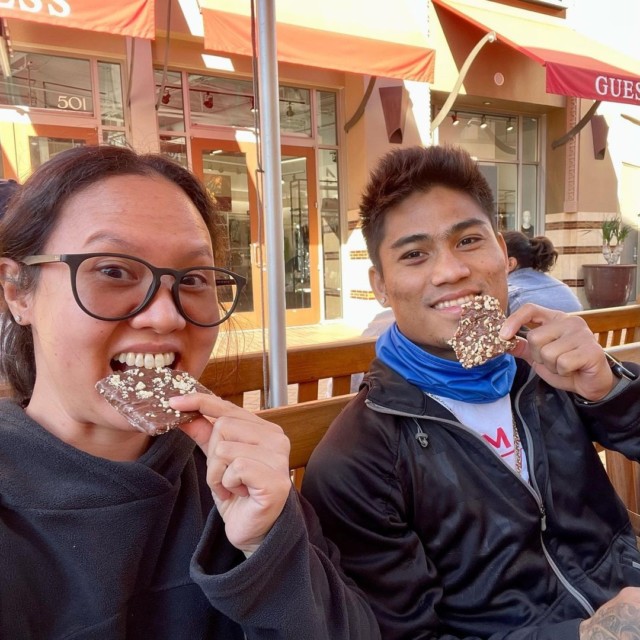 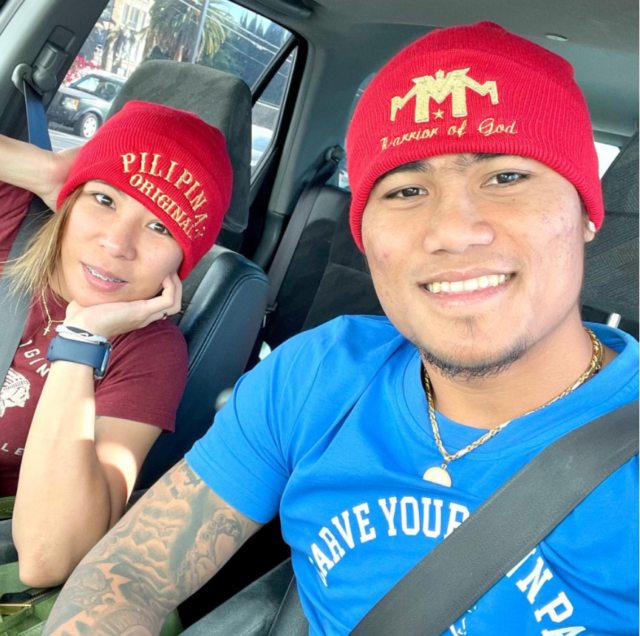 The happy couple smile for a photo 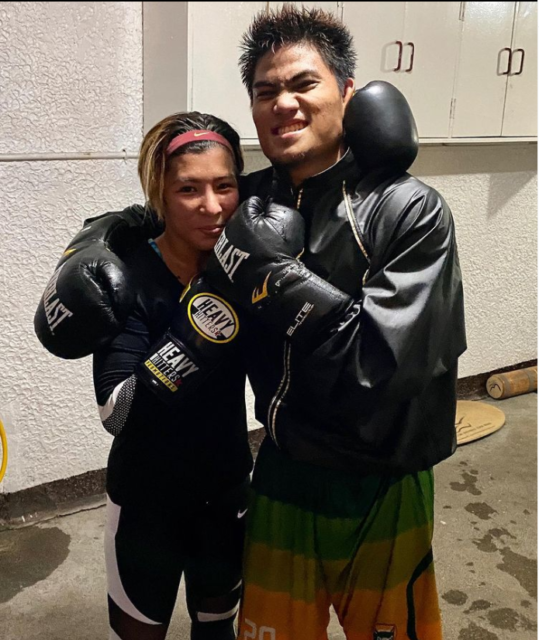 Wife Frances pictured with her husband

“She’s my manager, she does everything for me.”

And he defends his title for the first time against Mexican Vargas, 31.

His idol Pacquiao had some memorable rivalries with Mexicans Barrera, Erik Morales and most famously Juan Manuel Marquez.

It leaves Magsayo eyeing similar series with his sights set on Leo Santa Cruz, 33, if he overcomes Vargas, who has 22 KOs in his 35 unbeaten fights.

Magsayo said: “He’s a good fighter, a tough fighter but he’s never faced a fighter like me. So he’s going to surprised with what’s coming.

“He’s not a hard-hitter. I think it’s going to be a good fight. But whatever he does, we have a plan.”

“Now, my goal is to first get past this test of course with Vargas, but then I want to unify with champions and then undisputed.

“They’ve said if I win this fight, after it’s Leo Santa Cruz.” 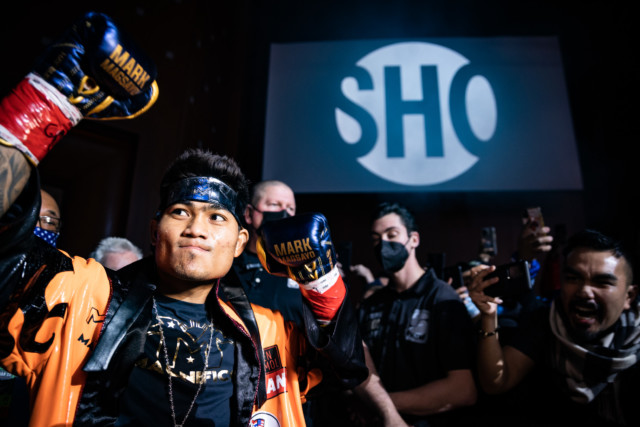 Advertisement. Scroll to continue reading.
In this article:beatpoverty, onsaturday, worldchampion