I survived an assassination attempt after being shot, I’m not afraid of Tyson Fury and will KO him, says Mahmoud Charr
Advertisement 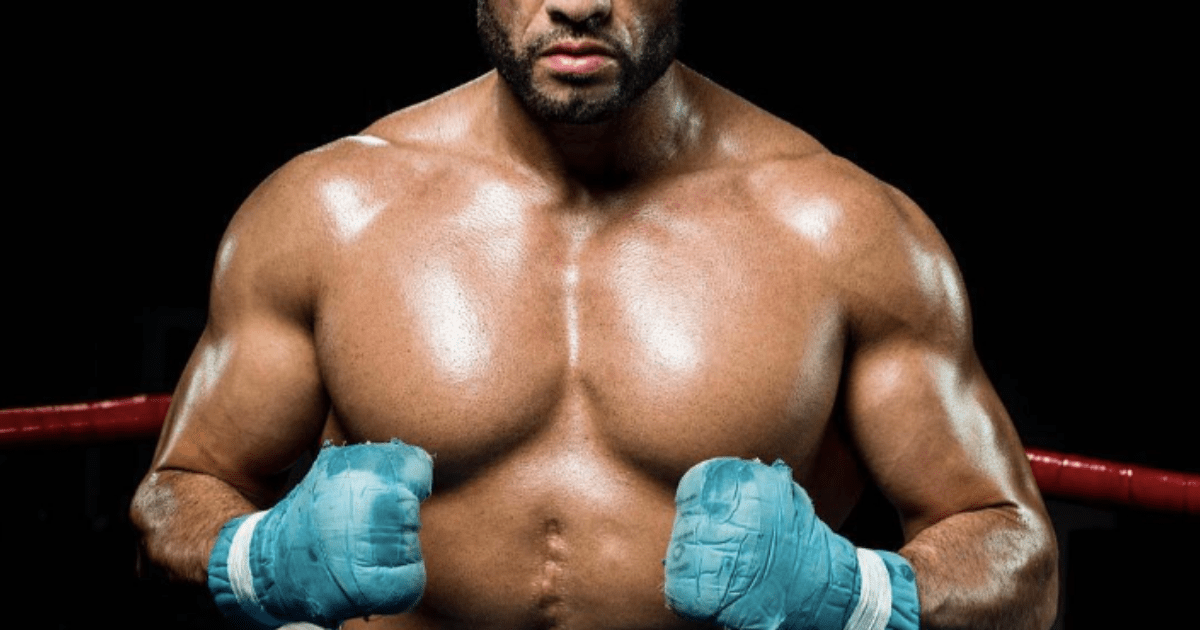 MIRACLEMAN Mahmoud Charr refuses to be intimidated by Tyson Fury – having overcome far more devastating fights in his life.

The Germany-based, Lebanon-born Syrian is in talks to face Fury in December, after negotiations with Anthony Joshua broke down.

Mahmoud Charr still bares the scars of his assassination attempt

Charr at one point was considered the forgotten man of the heavyweight division, despite remarkably escaping death.

The 37-year-old survived an assassination attempt in 2015 and amazingly returned to the ring nine months later.

So he finds it fitting comeback king Fury – who beat depression to win back the world title – wants to fight him.

Charr told SunSport: “Fury, the Gypsy King, and me, the Arab King, have one thing in common: we both never give up.

“Fury had severe depression, wanted to take his own life. My life was almost taken. I survived a shot in the stomach.

“I decided to have two hip operations in one evening. After that, I became a world champion.

“Fury and I are ambassadors for never giving up, believing in yourself and fighting for your dreams. A person without a dream has no life.”

Even before Charr was shot four times in the stomach, he had to overcome hardship, fleeing from civil war that claimed his father’s life. 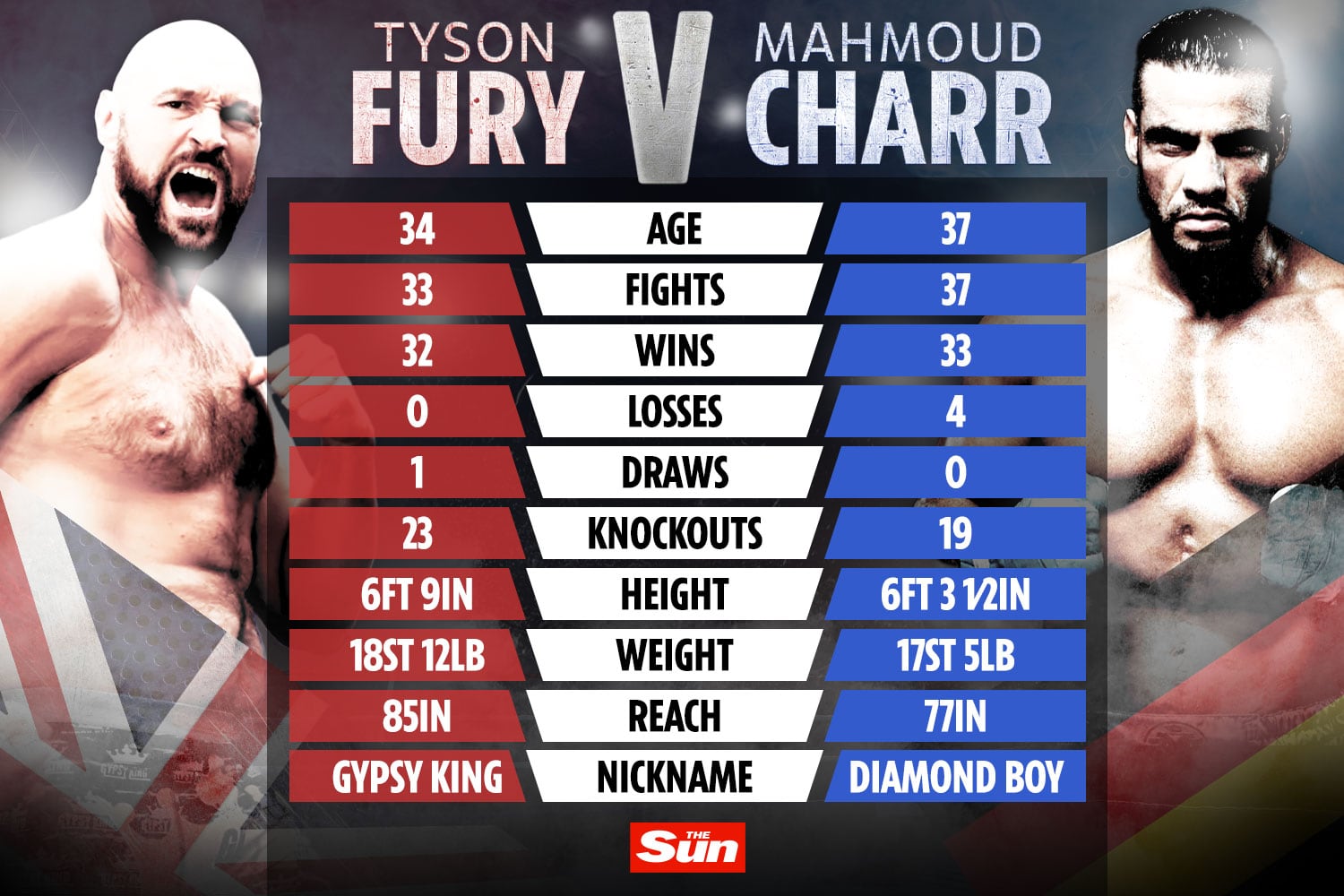 The boxer spent time in prison in his teenage years, before turning his life around with a career in the ring.

Charr said: “I survived a bullet in the Libyan civil war when I was four years old. I lost my father in that war.

“In Germany, I spent a total of three or four years in prison. I had a very hard life, had no money.

“I was always on the street, having to struggle, fight my way through life.

“Finally, it was martial arts that taught me discipline and made me a better person.

“Yes, I have experienced a lot. The abdominal shot I mentioned, the bilateral hip surgery.

“I am probably the only professional athlete who is still active with two artificial hip joints and plays so far above.” 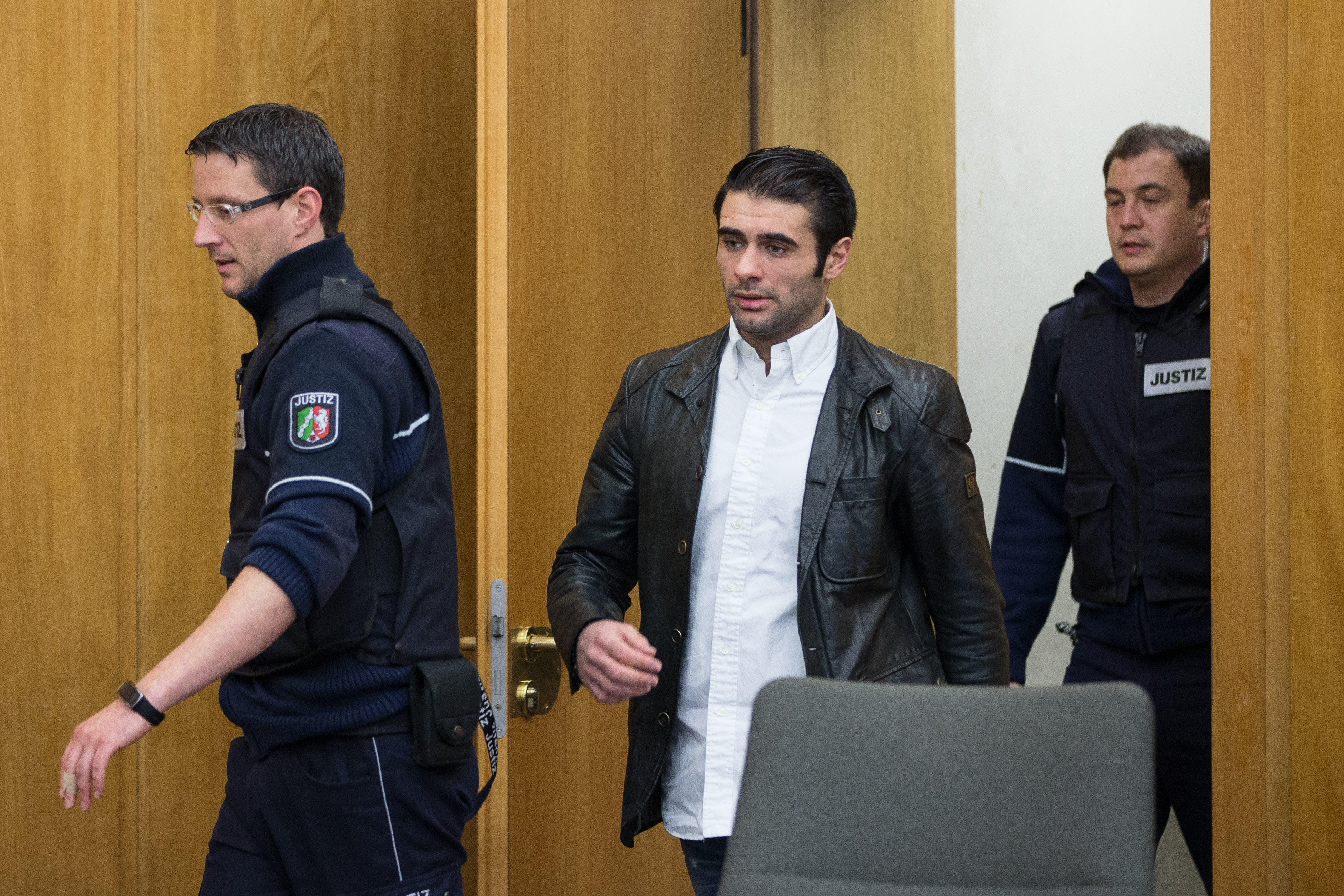 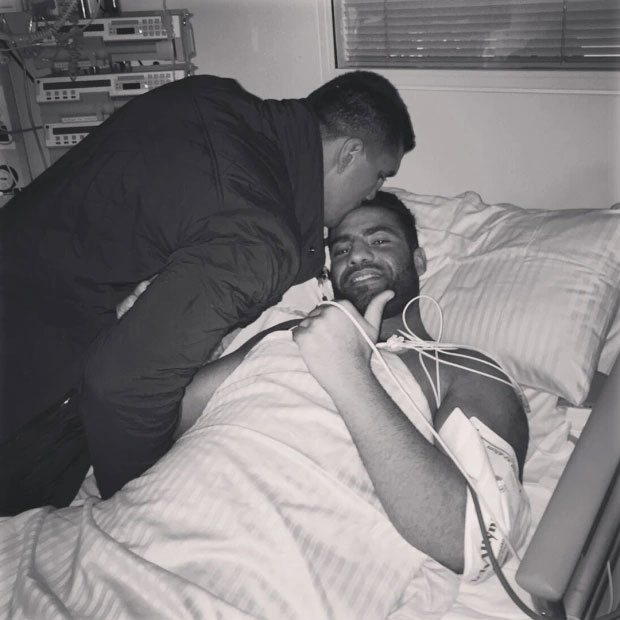 Mahmoud Charr returned to boxing after surviving the shooting

Charr was 28–4 when his life was almost taken from him, following a cowardly assault from a Facebook troll.

The attacker had been provoking the fighter online, posing videos of his losses on social media.

But when Charr offered to face the man behind the screen in person, he was subject to a drive-by shooting in a kebab shop in Essen.

He miraculously survived and lived to see his shooter, Youssef Hassan, sentenced to five years in prison.

Charr had two tune-ups fights afterwards but later needed a double replacement, undergoing surgery in 2017 at the age of just 32.

The same year, he went on to win the WBA’s secondary world title and has won his last five bouts.

Charr’s biggest fight to date was a 2012 loss to Vitali Klitschko, but challenging for Fury’s WBC crown would top that.

And despite the British star’s unbeaten record and fine winning-form, Charr remains unnerved, after conquering much more outside the ring.

He said: “I am not afraid of anyone.

“Fear is a feeling and feelings can be controlled. Fear exists only in your mind.

“Everyone who knows me knows that I would even fight a T-Rex. I will knock out Tyson Fury in four rounds.” 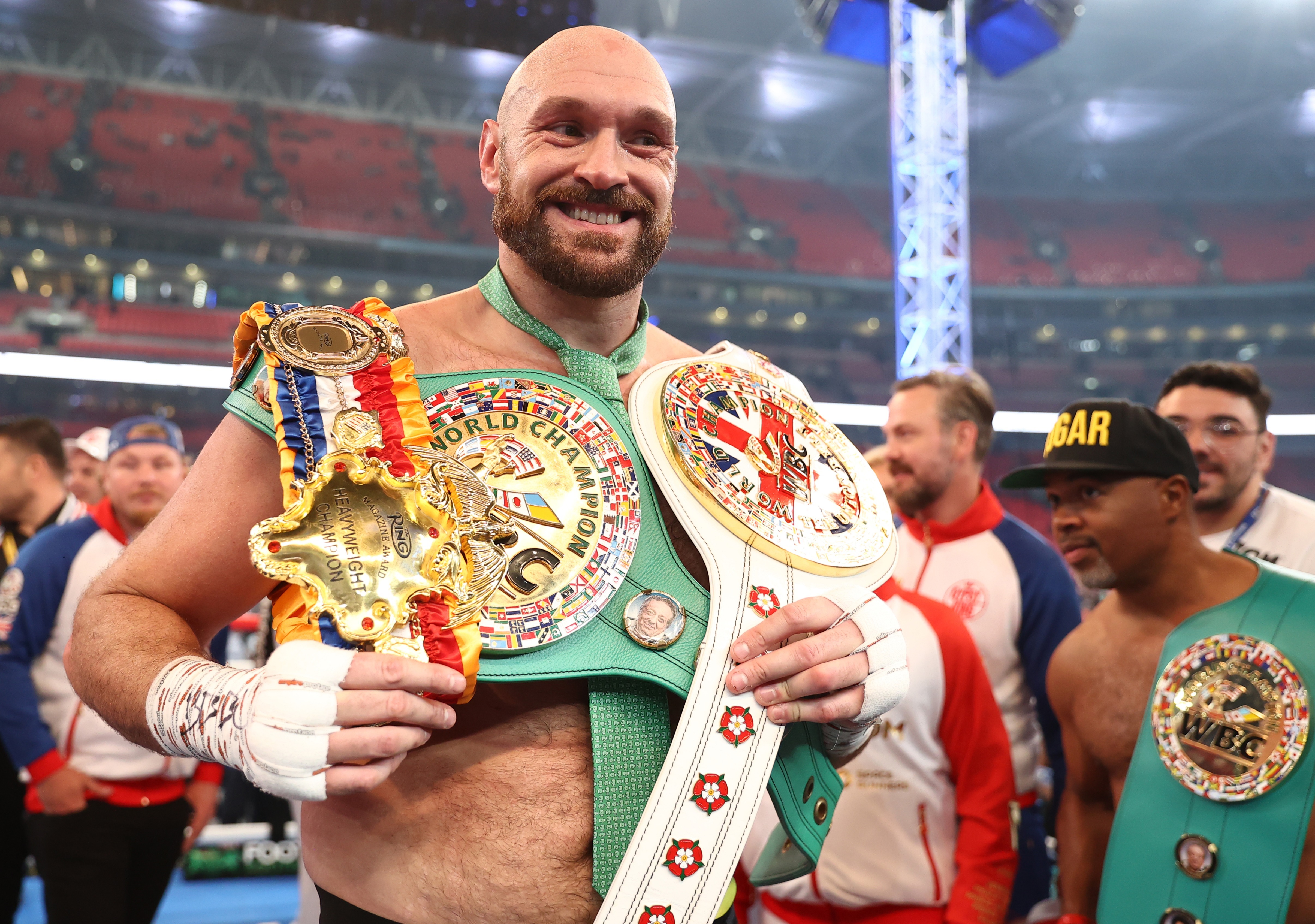 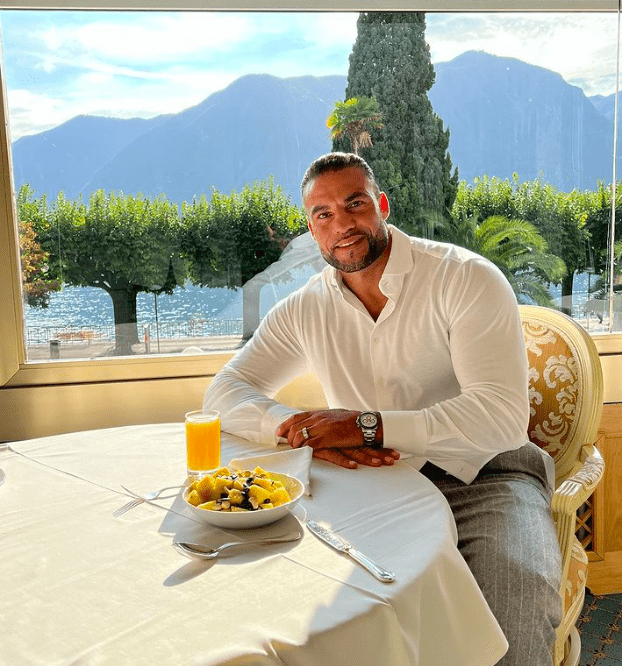 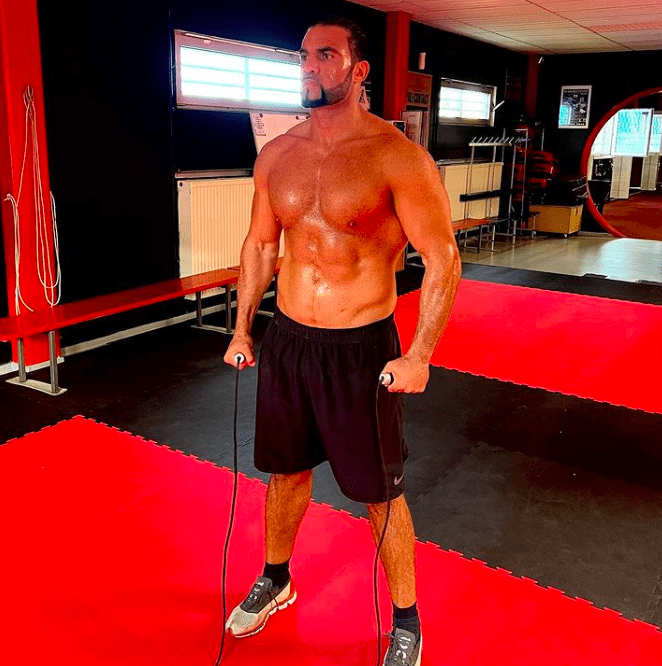 The heavyweight has a deal to fight Tyson Fury

If you are looking to increase your strength, weight lifting is a must. You should be aware of these guidelines when lifting weights. You should not overdo it. The second is to lift heavier loads every other day. Third, you should do 8 repetitions of each exercise. Fourth, you should rest for two minutes between sets. Fifth, all exercises should be performed without momentum. The last tip is to focus on form over speed.

A punch is defined by “a blow delivered using a fist”. One punch is all that a human can take. When someone hits you in the face, he/she is punching you. You cannot hit him/her back. It would be impossible to hit him/her back with two punches.

There are seven boxing punches. They include jab and cross, hook and uppercut, straight right and left hook, as well as body shot. These punches will be used to attack the opponent’s head, body and legs.

When you’re being attacked, you must always protect your head. Avoid getting punched. To do so, you need to know how to block an incoming punch. Here’s how to do it:

Boxing is a popular sport. It consists of two opponents who try to knock out each other’s head. There are different rules for boxing, and they vary from one country to the next. In general, there are three types of boxing; Amateur, Professional and Olympic boxing.

Amateur boxing is often practiced at school, college, or university. This form of boxing involves sparring with no protection and using padded gloves. Amateur boxing contests are usually three rounds in length, lasting five minutes each. Amateur boxing can be done in many styles, including Kickboxing and Muay Thai, Taekwondo or Karate, Judo, Wrestling, and Muay Thai.

Boxing is often practiced in gyms or clubs. They are protected by protective equipment like a mouthpiece, nose protector, shinguards, elbow pads and knee pads, waist belt, and groin protection. Professional boxing competitions include six rounds of four minutes each. There are several different styles of professional boxing including Boxing, MMA (Mixed Martial Arts), Kickboxing, Muay Thai, Taekwondo and others.

Olympic boxing can be seen at the Olympics. International standards require that boxers use special protective gear. The competition lasts eight rounds of three minutes each. Olympic boxing is limited to two styles: Light Flyweight and Heavyweight.

There are seven kinds of punches: Left Hook, Right Hook, Uppercut, Cross, Straight, Overhand and Underhand. Each punch has its own technique. Some punches require more strength than others. An uppercut, for instance, requires tremendous strength. However, a straight punch is much more powerful and faster than other punches.

There are also many combinations. These are combinations that combine punches to accomplish a particular goal. A combination can contain multiple parts. A left hook followed with a right-cross will cause injury to the opponent’s jaw.

To defend against kicks, a boxer should use his legs. If he gets kicked, he raises one leg and turns away from his attacker. To avoid being kicked in the side, he bends down if the attacker attacks from the front. However, if the attack comes from behind, he stands up straight and blocks the kick with his foot.

Boxers should respond to being attacked by their opponent by standing back and delivering counter-attacks. This allows him to put distance between himself, his opponent, and the ring. In addition, when delivering a counter-attack, a boxer should keep his balance.

Boxing effectively requires a boxer to have a good stance. His stance determines how he defends himself. It is how he positions himself and where he faces the opponent. There are many stances available to boxers. These are the most popular:

When a boxer throws a punch, he rotates in order to increase the reach of his arm. Depending on the type and size of punch, the speed at which the rotation takes place varies.

Sparring is a training session that improves boxing skills. Sparring allows a boxer to improve his mental and physical skills. The purpose of sparring is, in short, to learn how fight and not get hurt.