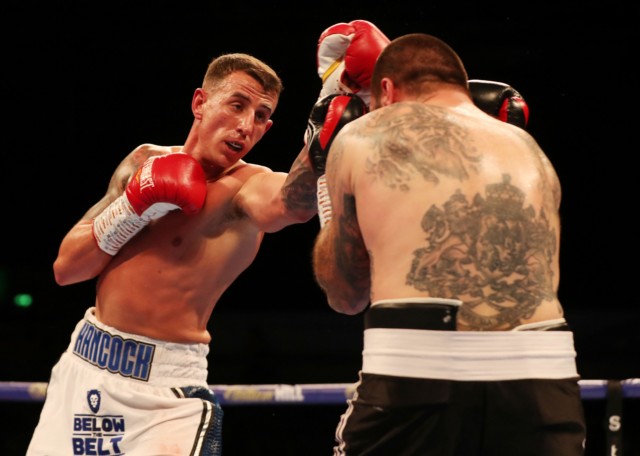 BOXER Callum Hancock stepped into the ring at Sheffield Arena in front of thousands of fans chanting his name and waving phone torch lights.

Fighting as part of the undercard for Kell Brook’s 2018 clash with Michael Zerafa, it should have been the highlight of his career – but all that Callum could think about was his “dirty secret.”

“I was looking round, thinking ‘you lot don’t have a clue,’” he says.

What the crowd had no idea about was that as a 10-year-old, Callum had been raped by a local bully and he’d spent the best part of two decades in a “dark” place.

At his lowest points the scaffolder was battling suicidal thoughts and plotting to murder his perpetrator.

“I got to an age where I could no longer cope,” he says. “At that moment, I thought ‘I need to get this fight out of the way and get into therapy’”.

Now 29, Callum is bravely sharing his story as part of our series, It Still Matters, to help raise awareness of the support available to sexual abuse victims, regardless of how long ago the abuse took place.

Callum is speaking out to help others who feel isolated

‘He laughed then left me on my own’

Callum says that his upbringing in Sheffield was filled “with love and joy and holidays”. He played outdoors, building dens and making tree swings with his brother – but was preyed on by an older neighbour.

“He was the biggest bully boy on the estate I grew up on,” says Callum. “He was four or five years older than me and terrorised that estate for many years and made my life a misery.

“He’d start off by taking my skateboard, taking my bike or spoiling my den, locking me in garages. Then it got heavier and heavier and he used to strip my clothes off and beat me up on a regular basis. He’d just do anything to spoil my day.

“And one day he rocked up and tricked me. He told me he was going to help me make a den. He went and got a hammer and nail. That’s when he sexually abused and raped me. I was 10.

“He smiled and laughed at me and said ‘stop crying you little faggot’. He just left me on my own.” 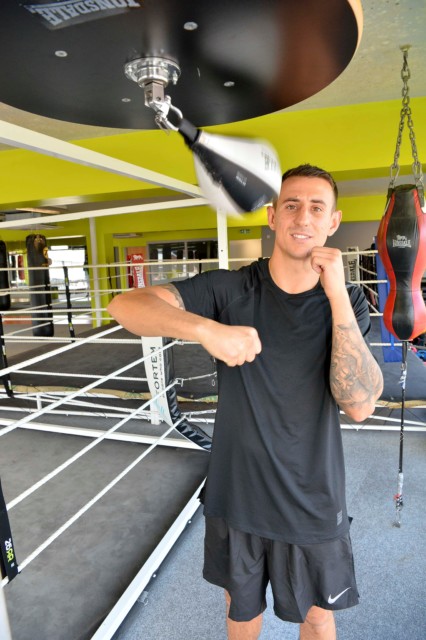 Callum started boxing so that he could ‘fight back’

‘The guilt and embarrassment set in’

Sadly, Callum’s experiences are common. About five million – or one in six – men in the UK have been sexually abused.

“It was confusing,” he says of the aftermath. “When I went to secondary school, I remember fancying girls and feeling as though I was attracted to girls. But in my head I was thinking ‘I’ve been with a man, does this does this mean I’m gay?’ So I questioned my sexuality for many years.

“As I got a bit older, like 14, 15, 16, that’s where the guilt and the embarrassment and shame set in. It became unbearable.

“The main reason why I always kept my silence is I didn’t want my mum and dad to feel as if they’d missed something with me, as though they’d let me down in any way because they never have.”

It took almost another decade before Callum felt ready to open up about his past, which had a huge impact on his mental health.

“The world inside me was dark,” he says.

Callum wanted revenge: to track down his perpetrator and kill him.

“There was never a day that went by where I didn’t think about what happened,” he says. “The suicidal thoughts, the planning for murder was all so consuming.

“I didn’t want to let anyone get close enough to know the real me. I kept everyone at arm’s length.” 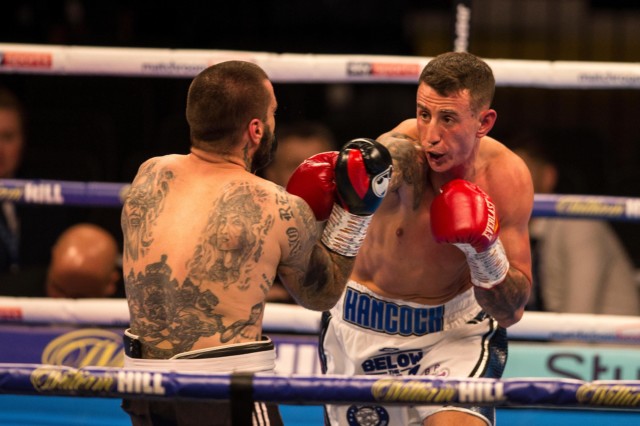 ‘I didn’t know how to cope’

By this point, Callum was a gifted middleweight boxer – but his relationship with the sport was complicated.

His perpetrator had given him the nickname ‘Hitman’.

“When he used to beat me up and leave me on the floor, I’d wipe my tears and say ‘I’m going to get you back when I’m older’”, says Callum.

“And they all used to mock me. They said ‘oh it’s Hitman Hancock’. The Hitman stayed with me for many years.”

Over time, boxing provided Callum with an outlet for the anger he felt.

“I started boxing because I was badly bullied and then I started fighting back,” he says. “For many years, boxing was my saviour. I was releasing a lot of venom in the gym.”

Unable to deal with his emotions, he distracted himself from the moment he woke up until he went to sleep at night.

“I was doing everything possible to keep my demons at bay,” he says. “Getting up at 4.30 or 5am, doing my runs, doing my circuits. Then I’d go straight to work. I’ll be scaffolding all day, then straight to the gym or boxing after work. I was getting involved in crime.

“At night I would not get in bed until I was absolutely shattered. I was burning the candle at both ends and running myself into the ground purely because I didn’t know how to cope”.

‘I was no longer on my own’

But aged 23, he exploded during a bust-up on a night out and was arrested for Grievous Bodily Harm. Shortly before he was handed a six-month prison sentence, his parents demanded to know what was causing his bad behaviour.

“It took me ages to tell them,” he explains. “I was sat in our living room and I just froze. I eventually broke my silence. It was hard for my dad to handle. My mum just screamed the house down, saying ‘no no no’ and cried her eyes out.

“She came over to me and gave me a hug and said ‘it’s going to be alright from here on in. You’ve just taken the biggest step of your life’ and from there, slowly but surely, things did get better.

“I was no longer on my own and no longer consumed with my thoughts and my feelings. I accessed support and life was lifted.”

The following year, Callum was out shopping for his mum’s birthday present when something extraordinary happened.

“I bumped into my perpetrator,” he says. “I went to buy a gift bag to put my mum’s perfume in. I walked into the local shop and he was there, with his partner and two little girls.

“My heart missed a beat, I fell sick, I felt numb. That night I ended up sitting the perpetrator down at his house,” he says.

Callum hoped his perpetrator would admit what he had done but instead he claimed he only remembered parts.

It left Callum furious and once again desperate for revenge. He faced a choice of whether to take the law into his own hands or take a more positive route; he contacted the police.

The perpetrator – Jason Lyttle –  pleaded guilty to buggery and two counts of indecent assault. He was sentenced to six and a half years in prison. 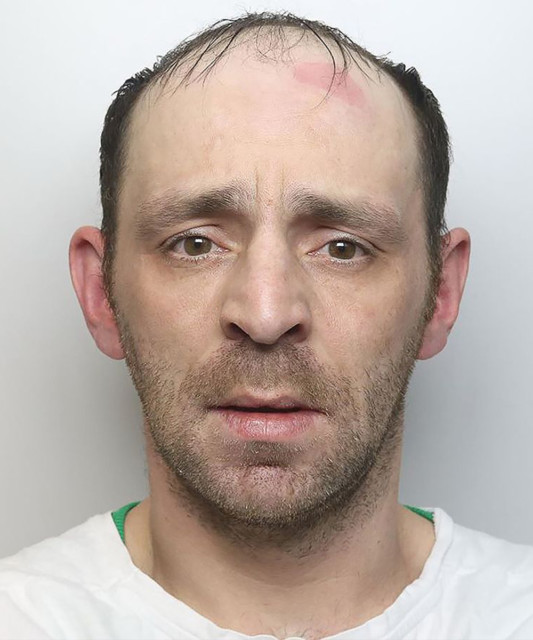 Jason Lyttle was imprisoned for his crimes

Did the guilty verdict and seeing his abuser behind bars bring him closure?

Callum was helped by The Safe Room – a support group run by Survivors Manchester.

“The room is filled with other men who have been sexually assaulted, exploited and raped,” he says. “We’ll sit in that room, with facilitators, until we’re ready to leave. We can relate on so many levels. We can discuss things we don’t feel we can with anyone else. It’s a place of belonging and it’s been a lifesaver.”

He says that men opening up about their emotions has come a long way since “the dinosaur ages” but there’s still a way to go.

“It’s been conditioned in us to not cry,” he explains. “People will say ‘stop being a little girl, what are you crying for?’. I can now quite easily cry if it gets too much. I won’t feel embarrassed and I won’t feel ashamed.”

After the promise he made himself at Sheffield arena in 2018, Callum decided to stop boxing. “I was neglecting myself,” he says. “So I pressed pause on boxing and am now concentrating on number one.”

Today, he is training to be a life coach so that he can help others to feel less isolated.

“For a lifetime, I felt like an alien. I felt on my own. In actual fact I have never been alone. There are all these amazing people in these organisations, it’s just knowing where to access them.

“I don’t forgive him – but I forgive myself.

“I want others to know that they’re not alone, there are people who love them and places that would love to support them.”