‘I wouldn’t even be surprised’ -Tyson Fury could fight Anthony Joshua INSTEAD of Oleksandr Usyk, Eddie Hearn says
Advertisement 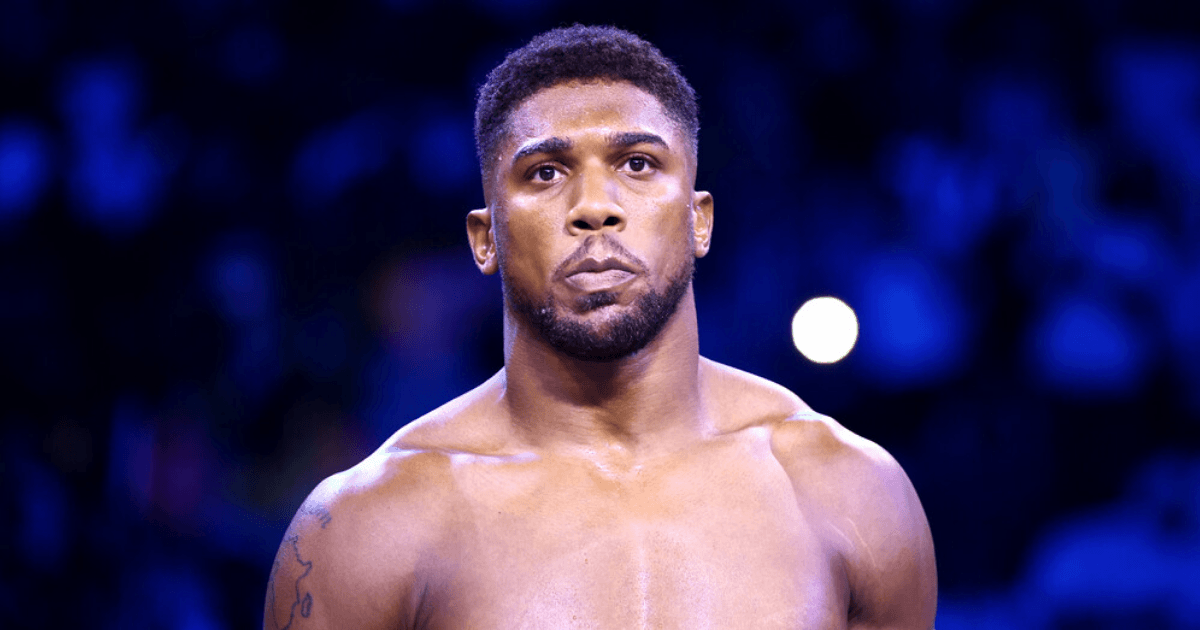 EDDIE HEARN warned not to rule out Tyson Fury fighting Anthony Joshua INSTEAD of Oleksandr Usyk.

Fury, who returns against Derek Chisora on December 3, is already in talks for a historic undisputed super-fight with Usyk next year.

Anthony Joshua is set to return in 2023

But he said it would be a “travesty” if he never fought AJ and admitted he could not retire without fighting him.

Although in trademark style, Fury made a U-turn and claimed he had no interest in facing Joshua, who he called a “coward”.

Hearn was quick to point out the contradiction and believes the pair of heavyweights can still fight, possibly sooner than most think.

He told iFL TV: “Two or three days ago, he said he couldn’t retire unless he fought AJ, and he needs that fight badly.

“You’re seeing now from the social media responses people are starting to come to terms with it doesn’t make sense what he’s saying.

“Let him go on. Maybe he fights AJ instead of Usyk? I wouldn’t even be surprised.

“That fight is so big with AJ that sometimes you just get together, and you make the fight instantly.

“I think Fury wants legacy, and he knows the AJ fight is legacy because it’s the biggest fight of all time.

“And despite him maybe saying that he doesn’t rate Anthony Joshua, he does, and he knows it’s a real fight and we have to see that fight.

“But you’ve also got the Usyk fight. You have Chisora coming up. We’ll see what happens.”

Joshua, 33, is instead set to return next year following a break after two straight points losses to Usyk, 35.

The Ukrainian is also ruled out until next year but negotiations for a first four-belt heavyweight unification in Saudi Arabia is already underway.

It leaves AJ frozen out of the title picture for now, but Hearn wants to see the two-time champion fight as many as three times in 2023.

He said: “For me, AJ should be fighting three times a year every year.

“But, because of his commercial responsibilities, because of the size of his events, sometimes it ends up being two.

“And then with Covid, sometimes it’s one. So we must make sure that 2023 sees him box three times. It’s really important, and the activity is key.” 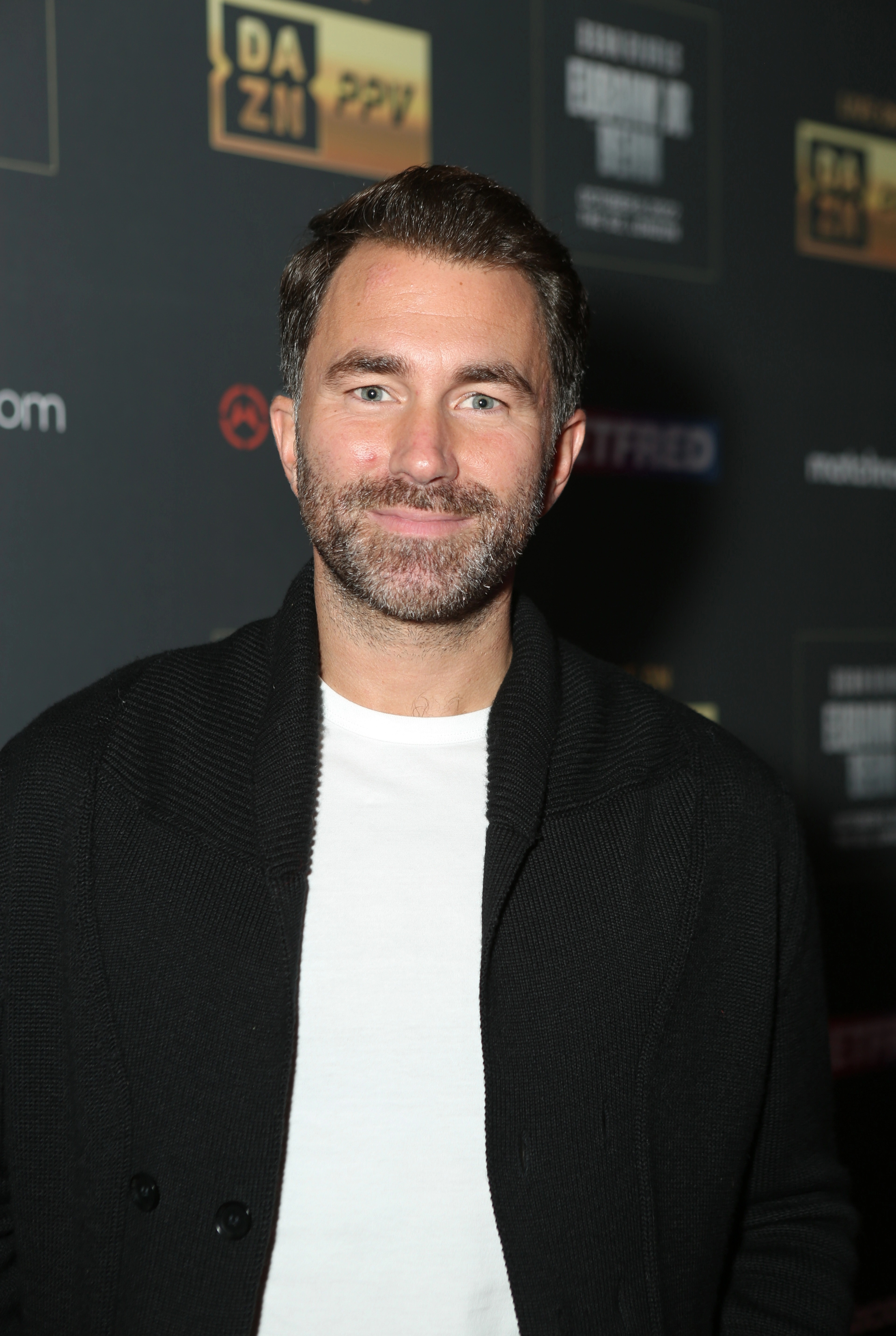 Boxing is an intense sport in which two people attempt to knock their opponent out by hitting them in both the head or face. The object of boxing is to hit an opponent as hard as possible without hurting yourself. To achieve this, both boxers should be able to throw punches with high velocity. They must also have good hand eye coordination.

It is possible to improve your defensive capabilities by learning how smart you fight. You need to know how defense against attacks from every angle is possible, as well how to counterattack in case of emergency.

Boxing can be considered one of the oldest and most well-known martial arts. China recorded the first boxing match in 2200 BC. Boxing has been practiced for thousands of years. Athletes and celebrities still love boxing. However, it takes around 10 to learn how to box.

Boxing involves many movements, which is why it can take so long to learn. Each movement requires a specific set of muscles to work properly. It takes time to train these muscles.

If you are looking to increase your strength, weight lifting is a must. Lifting weights should be done with care. Don’t do it too often. Aim to lift heavierweights every other days. Third, complete each exercise 8 times. Fourth, take a break between sets for 2 minutes. Fifth, you can do all the exercises without using momentum. And finally, focus on form rather than speed.

Learning boxing will help you improve your self-confidence and physical fitness. Boxing is one the most loved sports in the world. It involves strength, speed and agility.

Boxing can be a great exercise and a way to improve your self-esteem. You’ll love the activity and want to continue it.

There are many different types of boxing training programs available. Some programs are offered at local gyms and others at your home. There are also online courses which allow you to study from anywhere in the world.

It’s important to decide whether you prefer a beginner-level course or one that is more advanced. Beginner’s courses usually cover basic techniques such as shadowboxing or sparring, mittwork and punching combinations. Advanced programs usually cover more complicated movements and offer more options.

Advanced programs typically last six months and cost around $300. They may include nutritional advice, stretching, warm-up exercises and instruction on proper technique. Some programs include resistance training such as lifting weights and aerobic conditioning such as running.