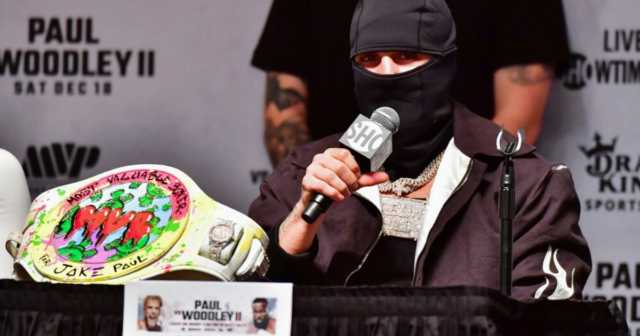 The pair will do battle for a second time in Tampa, Florida on Saturday night.

Jake Paul turned up to the press conference in a ski maskTyron Woodley, 39, is looking to avenge his August defeat

Paul, 24, won their first bout by split-decision back in August.

And after Tommy Fury’s withdrawal handed Woodley a second crack at the YouTuber, Paul is taking it all in his stride.

Donning a ski mask at the press conference, the American declared: “I just thought to myself… it’s funny how these ‘professionals’, like Tommy Fury who’s considered a professional boxer, get sick and don’t want to fight.

“I’ve fought sick, I’ve fought hurt – you’ve got to go in there and get the job done.

“And then they’re like ‘oh, you got Tyron Woodley now’, no problem – that’s why I’ve got the ski mask on.

“They’re going to give me a big bag to go and beat the guy I already beat? It’s a bank robbery.”

Paul then made a crude comment as the press conference went on.

Paul then had the watching crowd in stitches as he replied: “I’m a eat your ass-beat your ass.”

Woodley laughed as he responded: “I’m not falling for that.”

His foe Paul tweeted the clip under the message: “I’ll eat your ass!”

Each man earned around £1.5million for their first meeting. 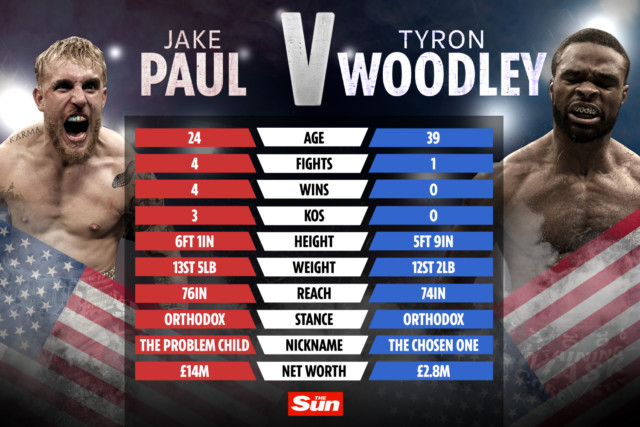