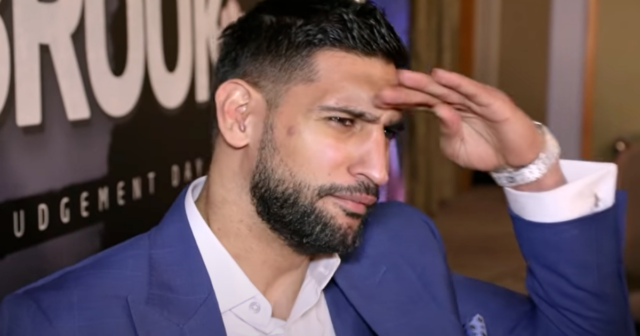 AMIR KHAN was left BAFFLED after seeing his wife Faryal Makhdoom do a surprise interview on Sky Sports to talk about his fight against Kell Brook.

The 34-year-old was being interviewed by SecondsOut about the blockbuster British showdown when he got distracted by the sight of his wife talking boxing. 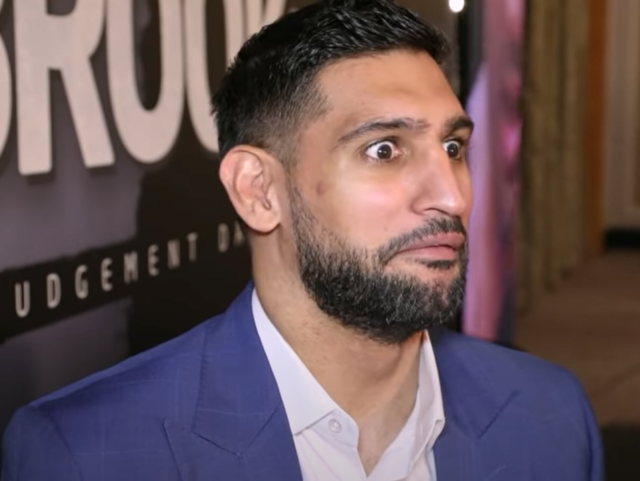 But he eventually went on to say his wife is a bit of a boxing expert, who typically likes to comment on fights they watch together – offering advice on what they should be doing 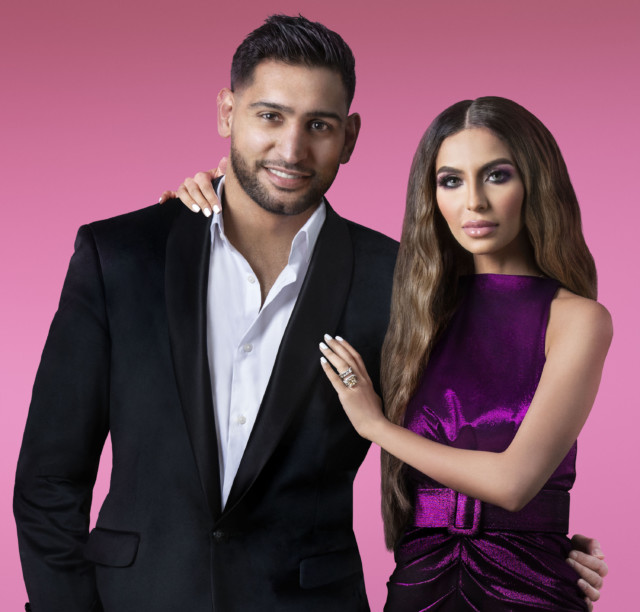 Khan and Makhdoom have been married since 2013

Khan has been married to Makhdoom for eight years so she knows a thing or two about the sport.

But Khan insists she keeps her expert knowledge ‘quiet’.

He said: “Is that the wife doing an interview on Sky?

“What’s going on there? I’m like ‘wait a minute’…. she’s really good at what she does but (pulls funny face).”

The interviewer then tried to press Khan for an answer about him being with Terrence Crawford’s camp, but the Brit remained distracted.

“She does know boxing, a lot of people don’t give her credit. She sometimes tells me what to do in boxing.

“Say we’re watching a fight together, ‘ah, he should be throwing the jab a little bit more. Why is he not going for the body? He needs to hit with the overhand left, because his guard’s too low. He needs to get his hands up.’

“So she knows a bit about boxing which I’m quite surprised by because she normal keeps it quiet.”

The interviewer then joked: “She’ll be getting punditry work before you.”

Makhdoom branded Brook ‘boring’ in the very interview Khan was distracted by.

Commenting on Khan and Brook squaring up in their first public meet since the fight was announced, she said: “I was so impressed.

“And some of the things he came out with were shocking.

“So it was funny, it went well, it made everyone laugh.

And when asked what shocked her the most about her husband’s comments, the 30-year-old TV star replied: “I think just the ‘shut up’. The plain old shut up.

“Its funny because Kell mentioned Amir getting knocked out and Amir said you got punched with a jab and you couldn’t get up.

“It was quite funny.

“But you know what, good luck to both fighters.

“It’s a hard sport and I wish them the best of luck.”

Advertisement. Scroll to continue reading.
In this article:faryalmakhdoom, skysports, surpriseinterview