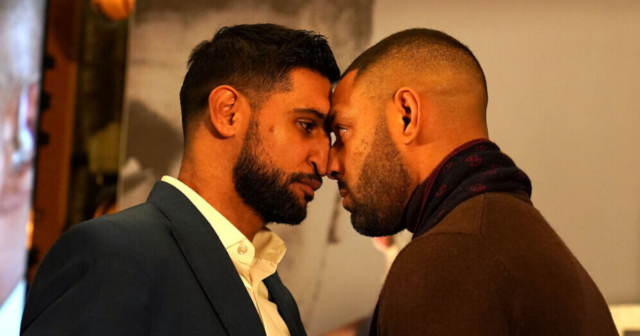 AMIR KHAN has revealed he will RETIRE after his grudge match with Kell Brook – but vowed to go out on a high.

The long-time welterweight rivals will at last settle their score in the ring with a sell-out in Manchester on February 19.

Kell Brook and Amir Khan ahead of their fight

But for Khan, he admitted the finale fight will be the end of the road for him and his illustrious career, but promised to go out on a knockout.

He said on Instagram: “I leave it to God to decide which round I knock Kell Brook out. I am going to win the fight 100 per cent.

“People ask me what I’m doing after this fight. I’m done, man.”

Khan, 35, will go down as one of Britain’s most celebrated fighters – a silver medalist at just 17-years-old and former unified world champion.

For Brook, also 35, he never got the same recognition but was a long-reigning IBF welterweight title holder with supreme skills.

And while he may have been in Khan’s shadows for parts of his career, he plans to shatter his rival’s legacy in just one fight.

Brook said: “He messed about when we got contracts over the line.

“Now we’ve got a date, let’s make this fight happen. I want him to turn up on February 19, the best he can be.

“After this fight, Amir will be a mere memory.”

Brook’s crowning night came in 2014 when he snatched the title from Shawn Porter, now 34, in California.

It is one of the best wins by a Brit on the road in recent memory.

But with his dream fight on the horizon, this is the one he believes will define his career.

Brook said: “I’m putting myself through hell. People will remember me by this fight.

“It took years for this grudge match to finally get here. The fans have been waiting for this fight for a long time.” 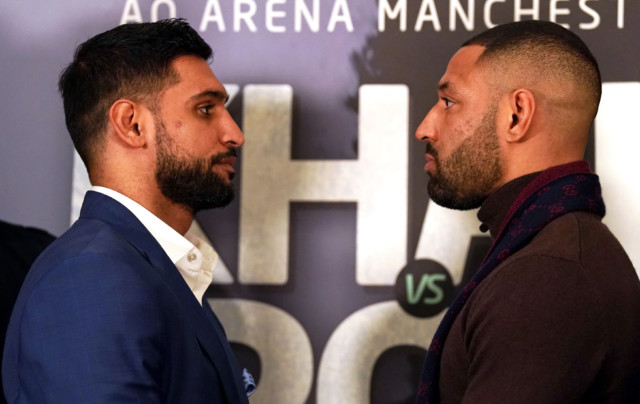 Amir Khan says he will retire after fighting Kell Brook
Advertisement. Scroll to continue reading.
In this article:atlast, grudgematch, inthering