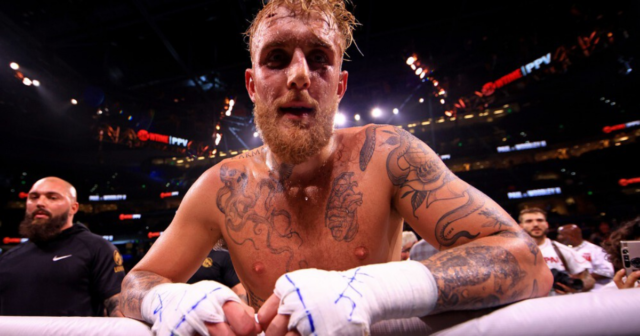 JAKE PAUL has vowed to go ‘undefeated and then retire’ in a 15-fight career as he warned: ‘I’m only getting better’.

The YouTuber-turned prizefighter is already 5-0 as a boxer and in the past revealed plans to leave the sport after ten bouts.

But having reached the halfway mark already, the American has plans to fight for even longer, believing he is only just getting started.

“With each fight I realise how much further I can take this even more and I knew the competition would level up with every fight.

“I was driven by the motivation that people were tuning in to watch me lose.

“So it’s weird to try and map it out but I definitely want to go undefeated and then retire.

Paul has knocked out every opponent he has faced, having sparked Tyron Woodley, 39, in December, four months after initially winning on points.

But Paul is still yet to fight an opponent with prior professional boxing experience.

That was due to come in the form of Tommy Fury, 22, the brother of WBC heavyweight champion Tyson, 33.

But he pulled out with a broken rib and bacterial chest infection, so on less than a fortnight’s notice, Woodley filled in as replacement.

He said: “I like that fight a lot because it silences the critics.

“He was a former world champion and I know I could beat him. That challenge excites me and I’m down.

“Even after I knocked out Woodley they were like ‘fight a real boxer’ and I’m like ‘You guys I tried, and he [Tommy Fury] dropped out of the fight two weeks before’.

“I want to fight a real boxer and I’m going to, just have some f***ing patience.”

Tyron Woodley was brutally knocked out by Jake Paul
Advertisement. Scroll to continue reading.
In this article:ashe, jakepaul, thepast