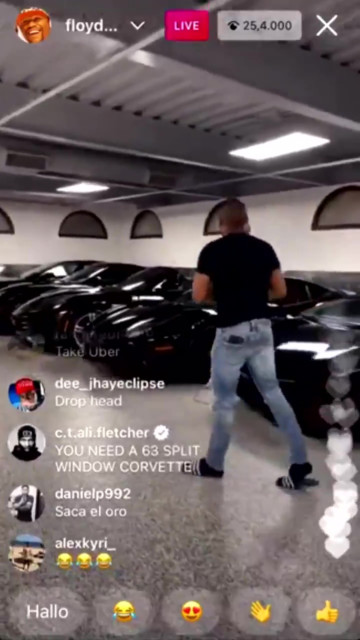 FLOYD MAYWEATHER gave fans an inside look into his plush mansion as he showed off his luxury cars, indoor pool and priceless artwork.

Mayweather went on Instagram Live and began to ask fans which motor he should take out. 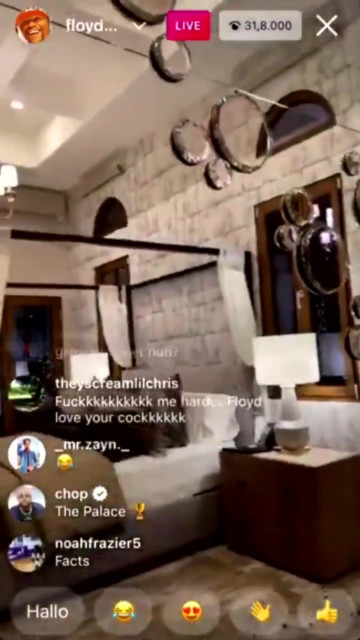 Floyd Mayweather giving fans a glimpse of his bedroom

The 43-year-old pointed towards his Lamborghini Aventador, Bentley and Ferrari 488 and 599.

Mayweather has a huge motor collection, believed to total around £20million.

The multimillionaire – who topped Forbes rich list of the decade with a£706MILLION fortune in 2019 – then laughed at ‘comedians’ who say he is ‘hurting’.

After a glimpse of his supercars, Mayweather was followed into his indoor swimming pool area, which is unusually situated next to his garage.

And what is even more unique, the swimming room is equipped with six TV screens.

The next reveal was his massive living room, which appeared covered in artwork.

Lastly, Mayweather was sure to show fans his front door which is built to look like a bank vault.

Explaining the design, he said: “My front door looks a little like a bank vault, because I’m Floyd ‘Money’ Mayweather.”

Mayweather retired as a professional in 2017, after beating UFC star Conor McGregor, banking north of £300m for his round ten win.

But in 2018 he returned for an exhibition bout against featherweight kickboxer Tenshin Nasukawa, pocketing £7m for under two minutes of work.

Despite not fighting since, Mayweather will make his comeback in February in his most daring money-making scheme yet.

The all-time great faces YouTuber Logan Paul in a similar pay-per-view extravaganza, which promises to be more spectacle than competition. 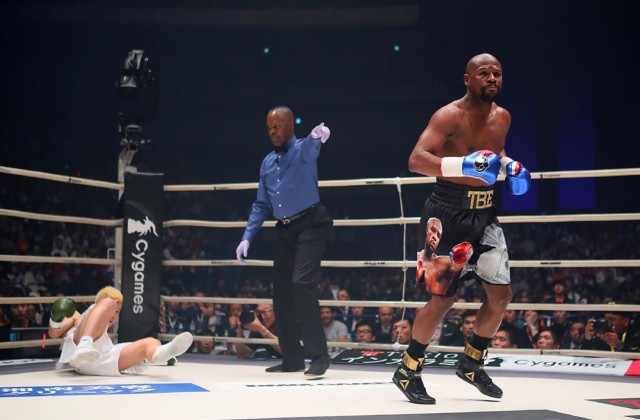 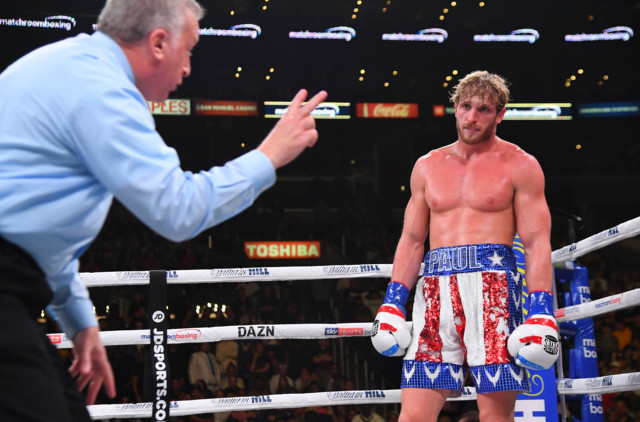