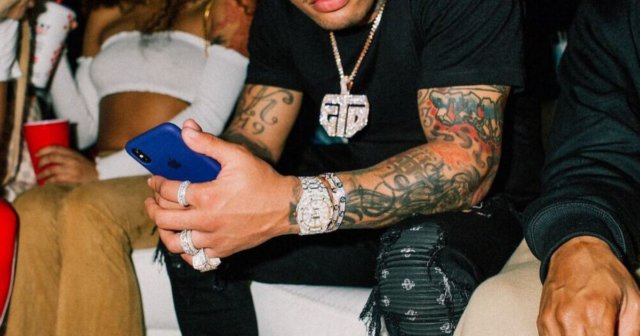 The unbeaten lightweight champion, 27, puts his WBA strap on the line against Rolando Romero on May 28.

The Baltimore native owns a fleet of stunning supercars 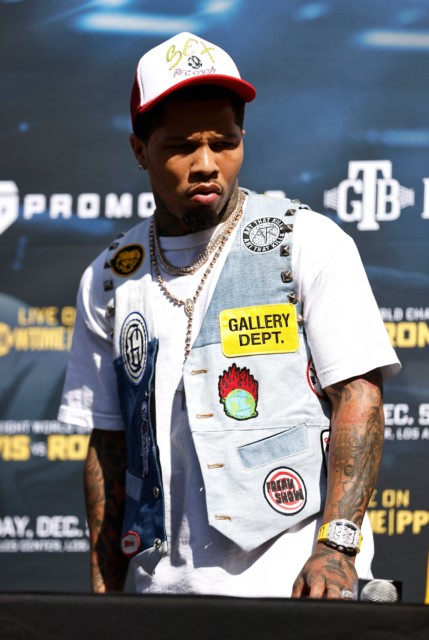 The tattooed star has a massive watch and jewellery collection 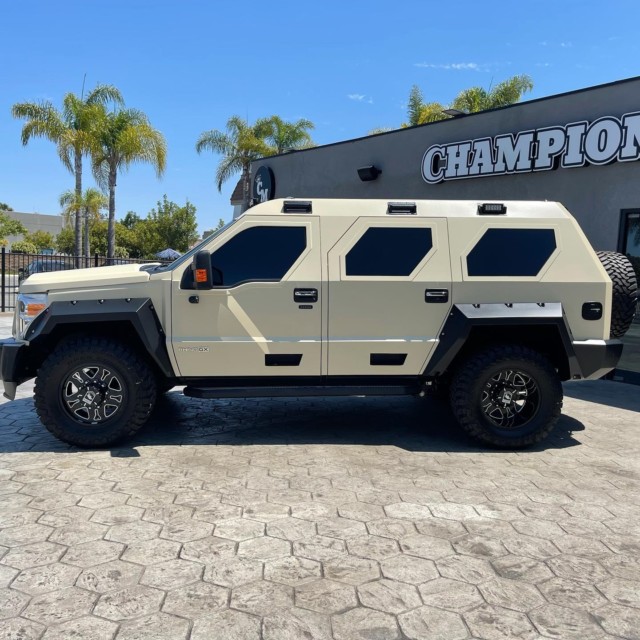 He is also the proud owner of a USSV Rhino GX

Championed by Floyd Mayweather Jr, Davis’ fast hands and huge punching power have made him a feared two-weight champion.

Rising from humble beginnings, ‘Tank’ started boxing aged five and won his first world title in 2017, with his current pro record a proud 26-0.

That includes an incredible 24 wins by knockout, with Isaac Cruz last fall becoming just the second man to take Davis the distance.

And away from the ring, the Baltimore native likes to splash the cash with his net worth estimated to be around $6million. 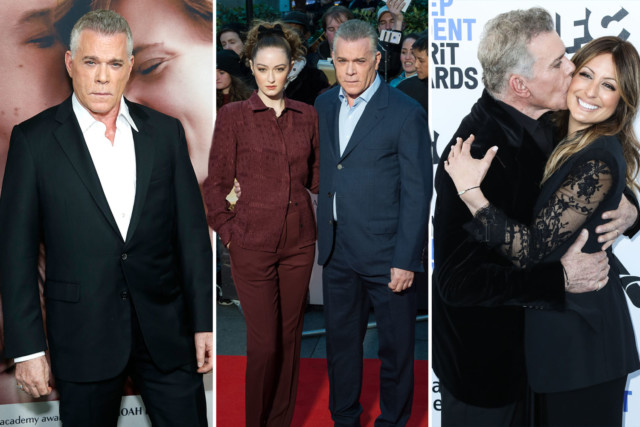 LOVES OF HIS LIFE 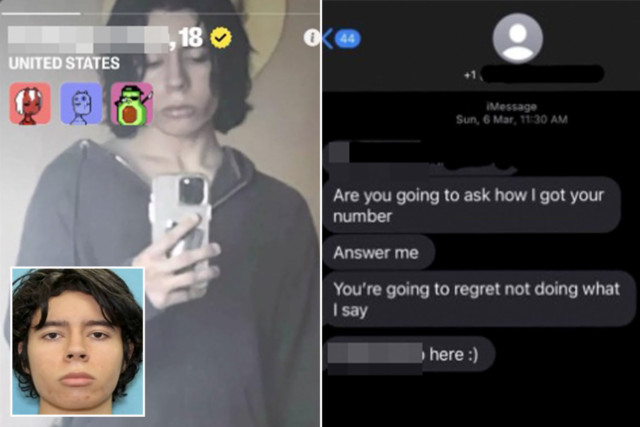 Those fast hands are put to good use in Davis’ epic car collection, with his prized motor an outrageous customized USSV Rhino GX.

One reviewer described the vehicle as “fit for a warlord” and it comes decked out with some unbelievable features.

Inside the seven-seater there’s a massive in-built TV, complete with Apple CarPlay so passengers can watch Apple TV and stream iTunes on the sound system.

There’s huge leather seats in the front and back, as well as chunky off-road tyres to tackle any terrain.

And for a personal touch, the car even includes Davis’ own GTD branding.

It’s hard to imagine there’s much room left in the garage, but Davis also manages to squeeze in a $330k Rolls Royce Cullinan, a Corvette Stingray and a gorgeous Lamborghini Urus SUV.

No celebrity garage would be complete without a Ferrari 458, while Tank also owns a relatively modest Range Rover.

If getting noticed is the plan, it’s definitely working – and the boxing champ also prides himself on his appearance.

Davis has a fascination with jewellery and is often decked out in diamond-encrusted necklaces, expensive watches and chunky rings.

His collection runs into the millions of dollars – but in 2019, Davis suffered a break-in where over $6m worth of bling was taken.

The robbery occurred just hours after Davis boasted about a gold chain and timepiece on Instagram.

He begged for their safe return, writing: “Yo somebody broke into my house here in Cali and stole my jewelry [sic]…If somebody try to sell it let me know!”

One thing nobody can take away from Tank is his body art, with the champ covered from head to toe in tattoos.

He now has more than twenty separate pieces, including a gorilla’s face on his chest, a tat that reads ‘Blessed’ on his neck and a pair of boxing gloves on his bicep.

Davis also sports a ‘hidden’ tattoo on the underside of his right forearm, which depicts the Playboy bunny.

LOVES OF HIS LIFE

And the tattoos are not just restricted to his upper body, with Davis sporting a women’s portrait on his lower leg and a bizarre tribute to Michael Jackson’s Thriller on his right thigh.

The tatt was inspired by the 1982 song and all-time best-selling album, which saw the king of pop turn into a zombie during an iconic video.

Sharing the new art in 2018 with his 3.3m Instagram followers, Davis wrote: “RIP the GOAT”.

Returning to the ring on May 28, Tank defends the WBA strap he won by stopping Mario Barrios in June 2021. 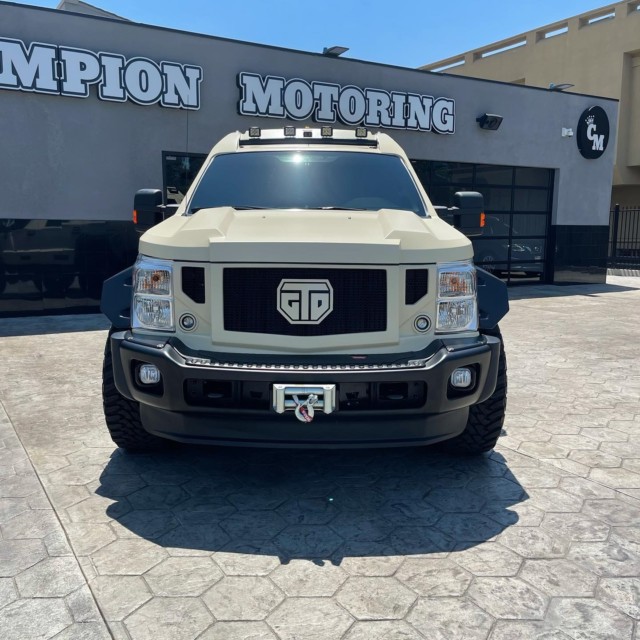 The huge Tank car is personalized with Davis’ initials 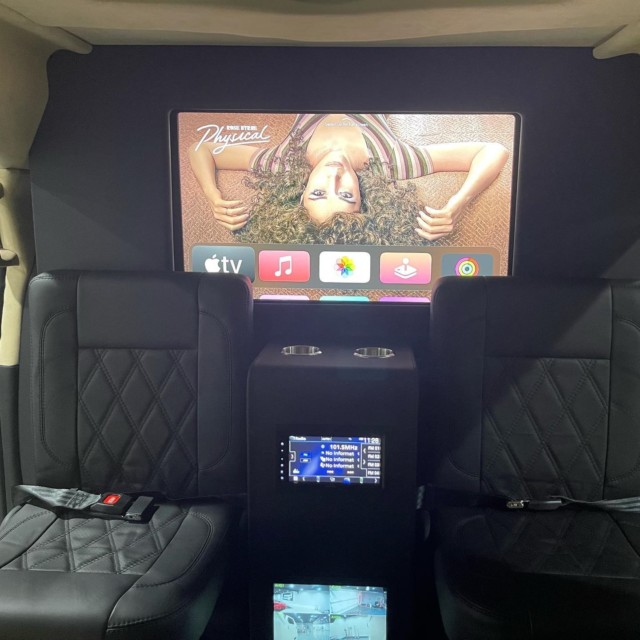 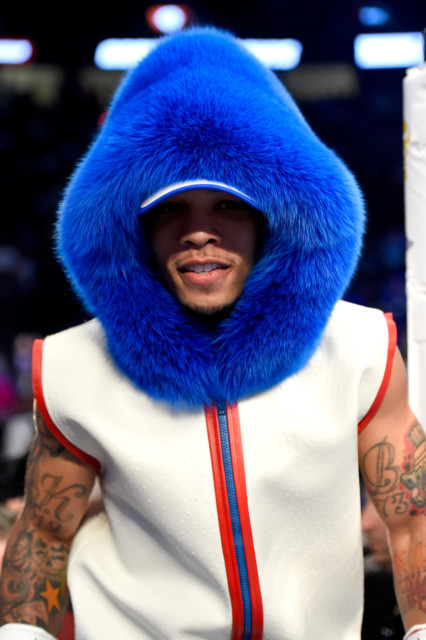 Tank is known for his outrageous walk-on outfits 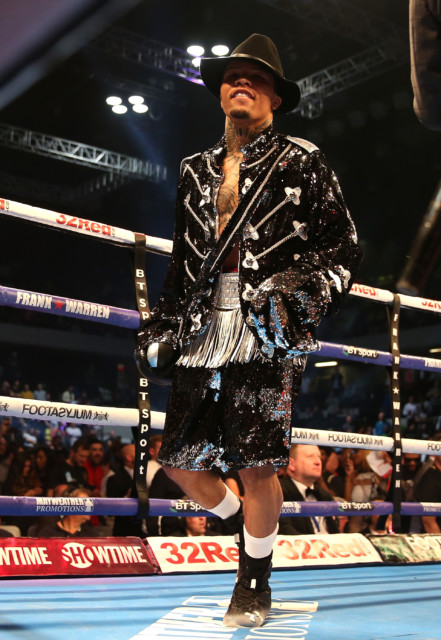 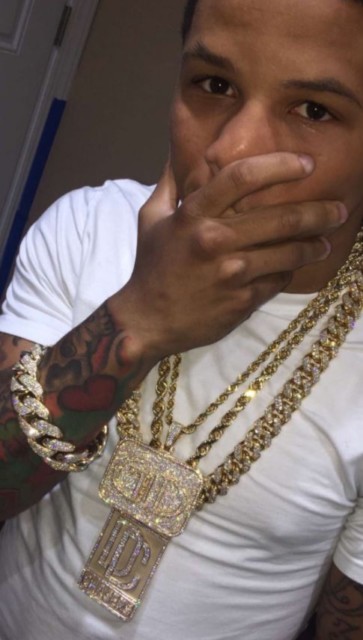 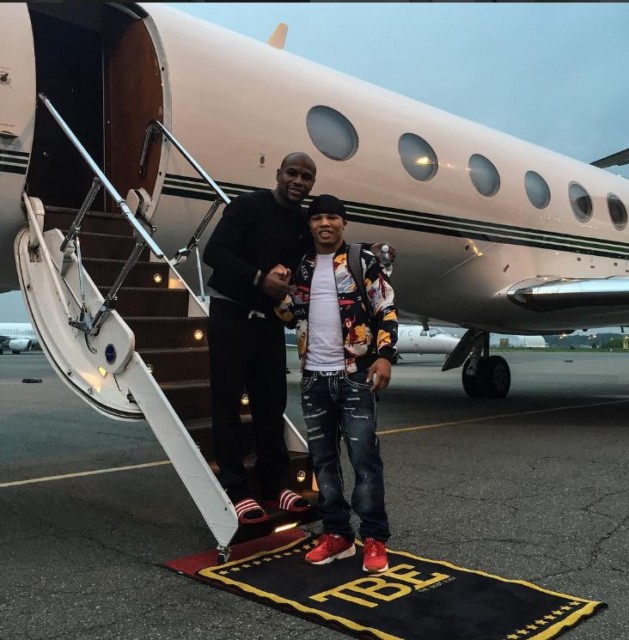 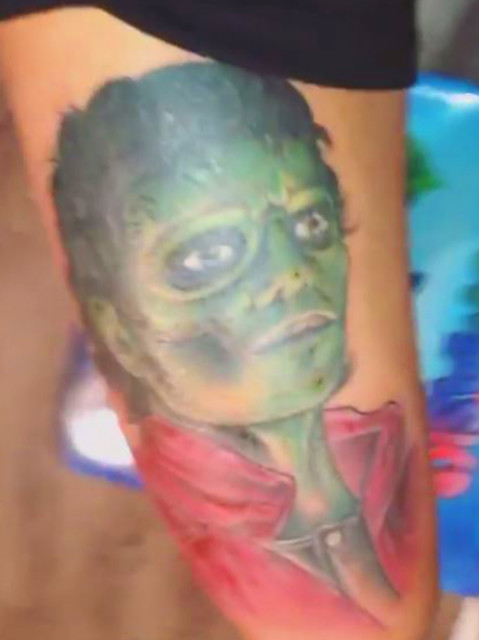 Davis got a Michael Jackson inspired tattoo in 2018 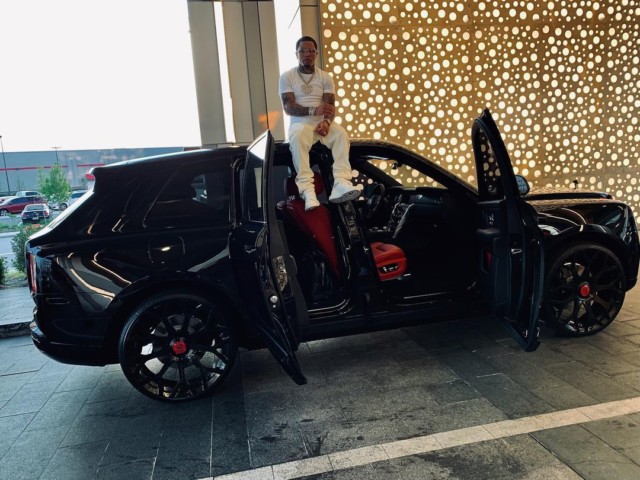 The Baltimore-born star likes to show off his fast cars