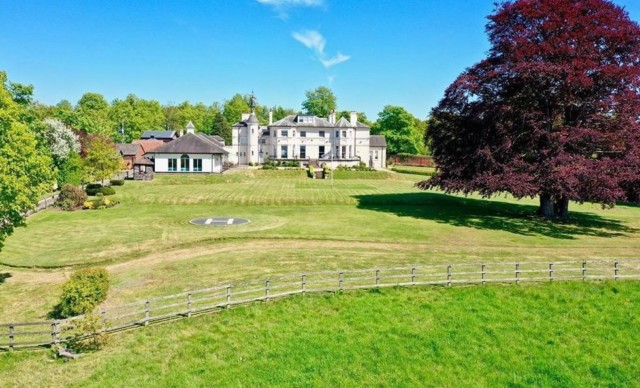 THE Matchroom HQ in Essex is where boxing promoter Eddie Hearn makes all his key decisions.

Originally bought by his dad Barry around 30 years ago, it’s was the family’s former house before it became the home of boxing, snooker and darts.

The stunning Matchroom HQ where Eddie Hearn conducts his business 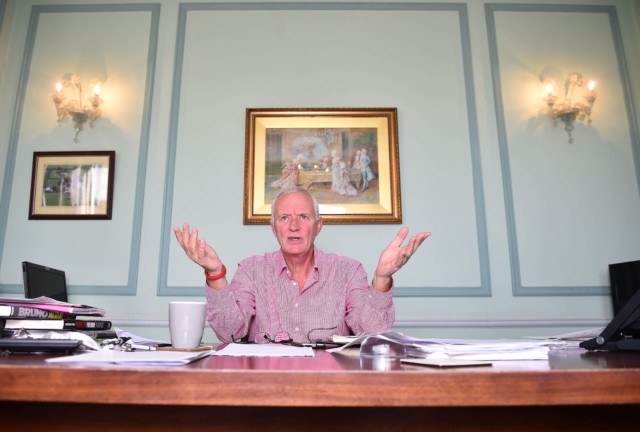 Then, it cost Hearn Sr a meagre £200,000 – and was an upgrade from the Dagenham council house he grew up in.

The property boasts a gym and swimming pool, which Hearn’s staff and pool of fighters can use.

While in the lush expansive garden, you’ll find a helipad and occasionally a boxer working out with pads or going for a run.

Join SunSport for a tour inside.

Matchroom HQ isn’t just a place where Hearn meets his fighters, conducts media days and draws out his plans for boxing domination.

It’s also a place that boasts a leisure complex, in which fighters can exercise with their trainers.

“The key to a healthy mind is a healthy body,” Hearn told The Daily Mail.

“We’ve got a pool and a gym upstairs, where the fighters come in for meetings, can have some sessions with their trainers and do some strength work in the pool. 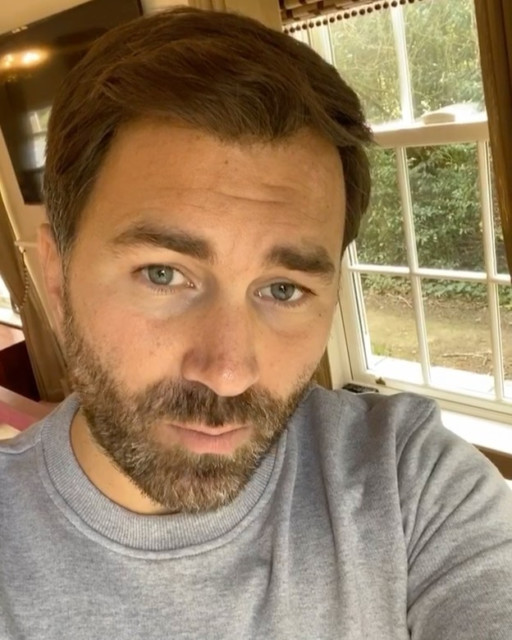 Originally, the Hearns lived in the stately home 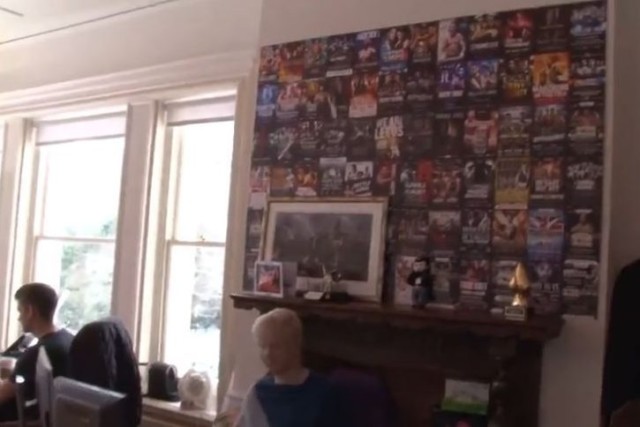 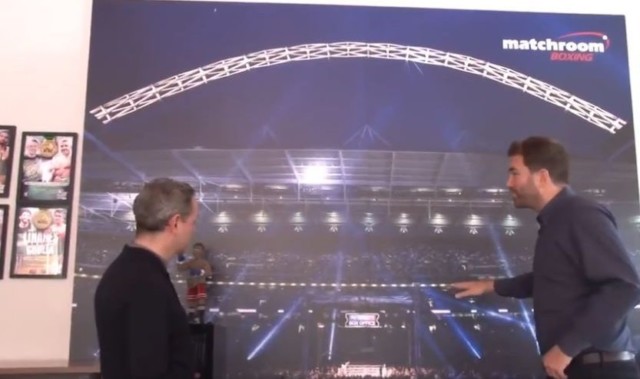 “This pool has been used by a number of great fighters over the years – Chris Eubank, Jim McDonnell, and Darren Barker.

“It’s great to have this facility here, not only for our staff and our employers and our team, but also for our team of fighters.”

Surrounding the stately property are some stunning grounds.

It’s where Anthony Joshua and Co. love to go for a run, and even some outdoor pad work.

“There’s some great runs in the forest,” Hearn revealed.

“Many fighters have been seen through the years doing many a circuit.

“In the summertime, actually, a lot of them come out here and do their pad work, circuits and strength work.

“It’s a great feel and great to have the fighters here, when they are around.” 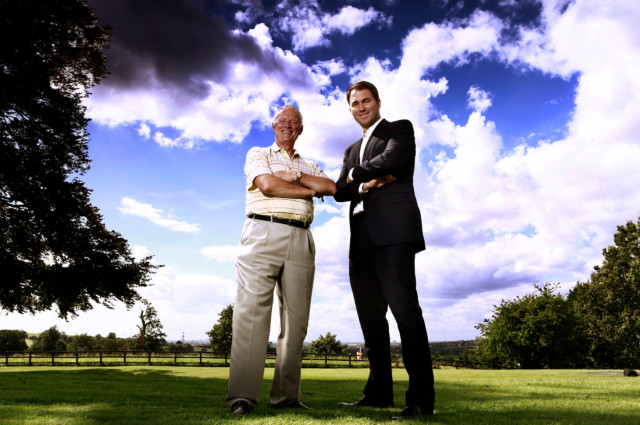 Barry and Eddie Hearn pose in the lush gardens 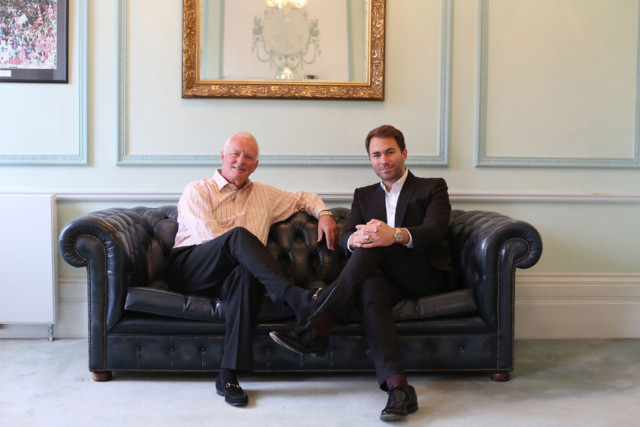 Eddie Hearn is effectively in charge of the business these days 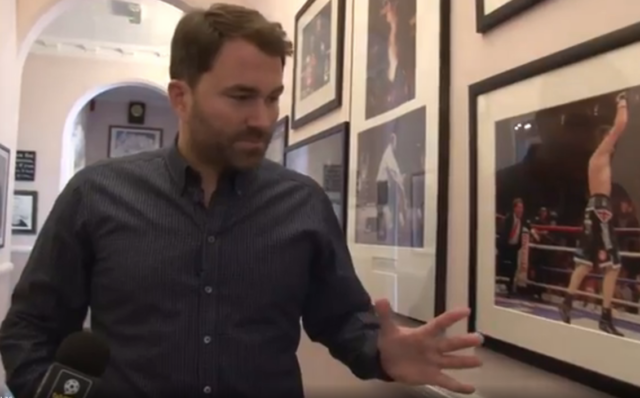 Eddie’s dad Barry has come a long way since his own childhood.

He came from a Dagenham council estate, but made good as a promoter for the likes of Chris Eubank, Nigel Benn and Lennox Lewis.

Although Eddie is effectively in charge of the business these days, Barry still has the better office.

“This was the house my dad bought about 30 years ago,” he told TalkSport.

“He was from a council house in Dagenham, did well, and this was his first major purchase.

“I grew up here, so we feel great here and it’s been very good to us.

“He paid two hundred grand for it at the time. Looks like a good investment now, but more than the money this has been a very lucky place for us.

“We’re big believers in that and luck.” 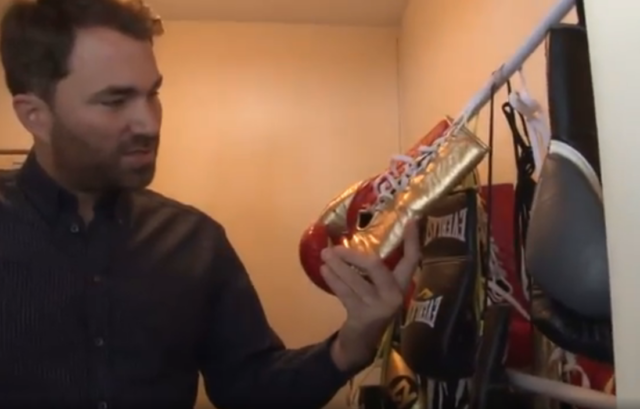 Self-confessed boxing fanatic Hearn collects the gloves of his fighters 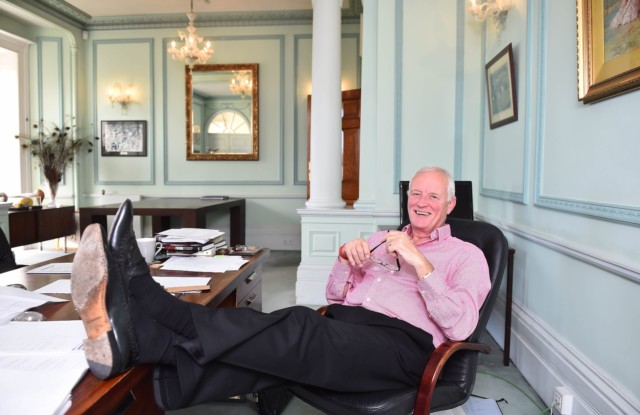 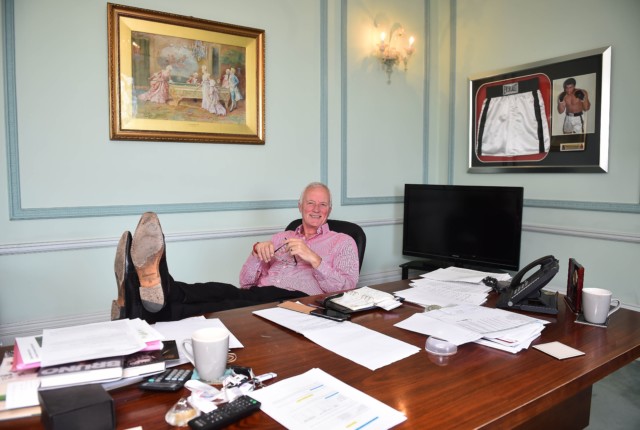 Like Dana White has done with the UFC, Eddie has created his own ‘Fight Island’ to stage boxing matches.

However, his plans are more personal. Hearn is turning the mansion’s garden into a fighting arena, and events started from August 1.

Hearn said: “Our project restart is about staging live boxing from the garden there with a canopy.

“You’ve heard of Madison Square Garden and this is the new garden.

“We talked about doing boxing in studios and there’s a lot of people doing it. I just feel like when you are talking about a gladiatorial sport, like boxing, you need to create that moment, that energy, not just for the viewer at home but the fighter as well.

“We’ve got big plans. It looks fantastic. There’s still a long way to go. I think it’s 90 per cent for us. Anything could happen at any time.

And Hearn has really thought it through.

“There’s a hotel at the bottom of the road that we will take over. On the Wednesday, before the Saturday, everybody will turn up. Fighters, Sky team, corners, our team will all be tested at a facility,” he continued. 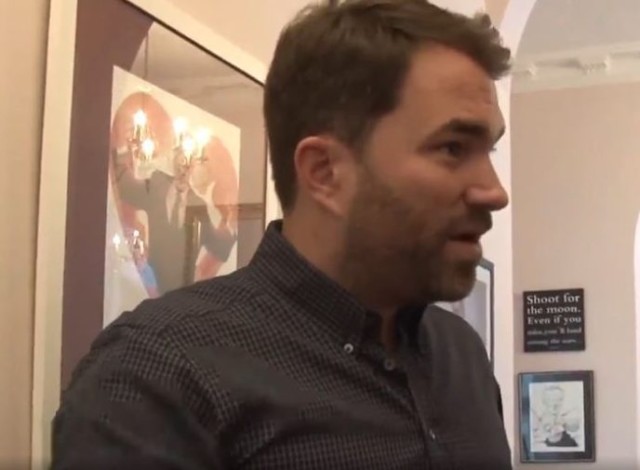 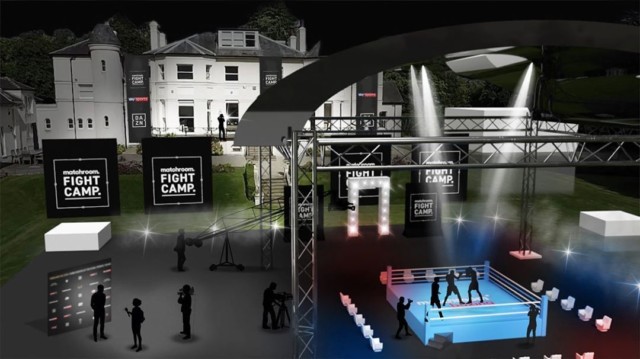 Hearn is staging boxing fights from the Matchroom HQ garden 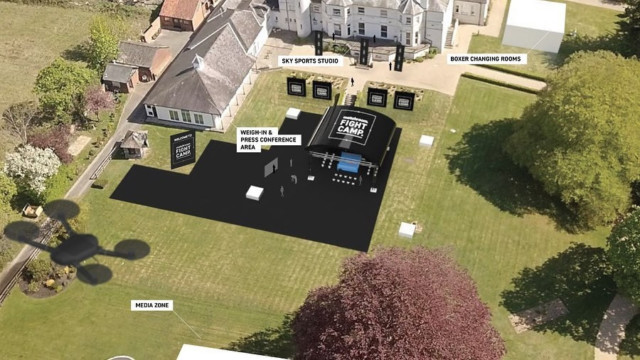 Hearn showed off his plans on social media

“You don’t enter the hotel specifically, you enter a side building and you get tested and then you get your key, go into your room and don’t leave until you get the results.

“Once you get a negative results, you are allowed into Matchroom Fight Camps. We create a sterile environment. No one is allowed to interact with anyone from outside fight camp during that period.

“The problem with this virus is people are still learning. We are having a dozen calls a day with doctors and testing facilities. It’s such a mountain to climb.

“We are going to be having around 90 people on site and everyone will be tested before they go into the facility.”