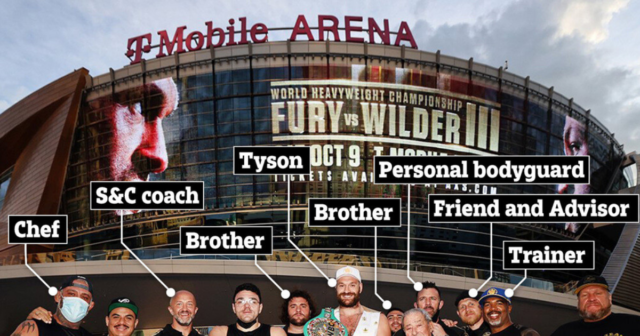 THIS is Tyson Fury’s huge and loyal 11-man team that helped behind the scenes before he knocked out Deontay Wilder.

The Gypsy King twice had to get up from the floor in round four before closing the show in style himself in the 11th.

Beforehand, Fury made America his second home as he prepared for his fifth consecutive dust-up Stateside.

And it was the fourth time in a row that the unbeaten champion headlined in Las Vegas.

After the thrilling trilogy bout with Wilder, Fury’s uploaded a picture of his 11-man team which helped him to victory.

Here SunSport takes a look at his team from left to right.

The American flies over to Fury’s Morecambe home to take care of all his meals in camp.

And the kitchen genius even knows how to sneak fruits and vegetables into every meal as the 6ft 9in Fury cannot stand them.

The boxing veteran was in Fury’s corner for the night he boxed Otto Wallin and had his eye split open.

Capetillo worked wonders on the 47-stitch gash and remains a close ally for Fury every time he visits Sin City.

He even cornered brother Tommy when the 2019 Love Island star made his US debut in August, with dad John unable to travel. 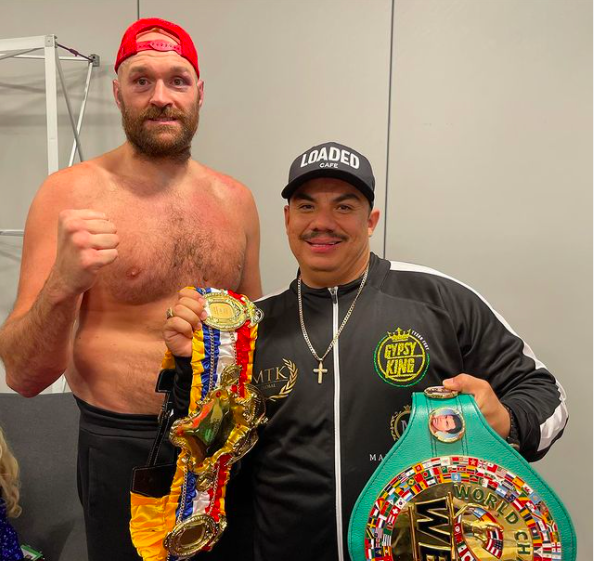 The strength and conditioning genius is another crucial part of Team Fury who eschews the limelight as much as possible.

Fury trusts no one but this man to whip him into shape for sensational nights and the fitness whizz has never yet let him down. 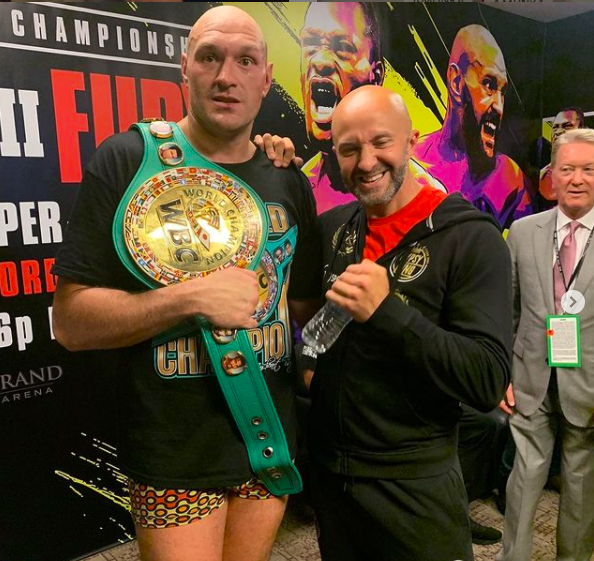 Tyson Fury with his strength and conditioning coach Kristian Blacklock

Tyson’s little brother has lost a huge amount of weight in recent months and now joins his sibling on most of his gruelling runs around Morecambe and Las Vegas. 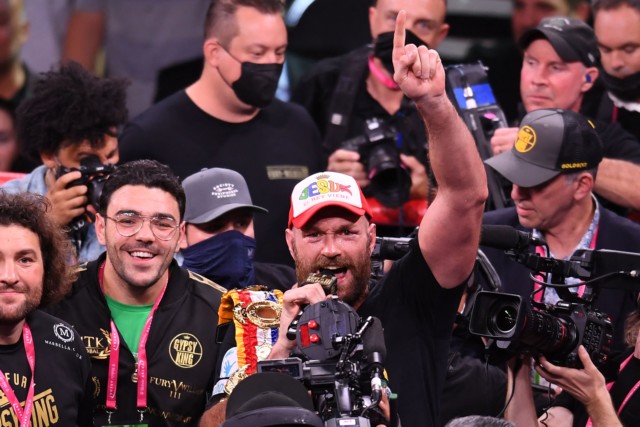 Hughie Fury next to brother Tyson

Because dad Big John Fury is blocked from visiting the US and heading up the camp, Shane is his lieutenant running the show.

Tyson’s giant little bro is in charge of making sure the champ never catches Covid for a third time and runs his camp day-to-day. 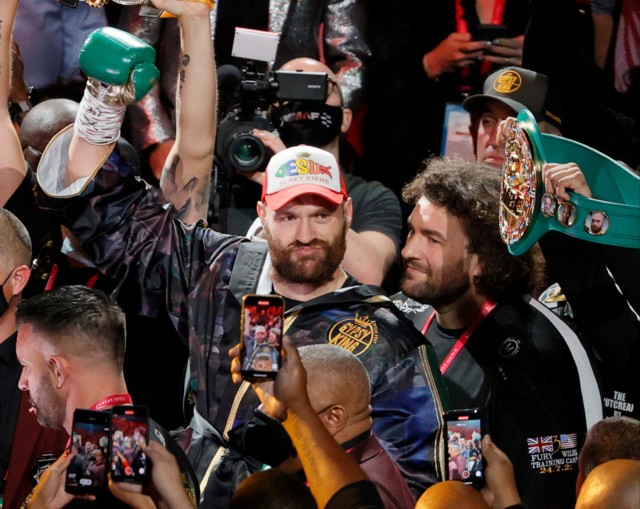 Tyson Fury next to his brother Shane

The gorgeous Love Island celeb is grafting away at his own fight career and also learning everything he can off his big bro.

Tyson even joked that if he doesn’t beat YouTube boxer Jake Paul, he will make his little bro change his name from the legendary Fury moniker. 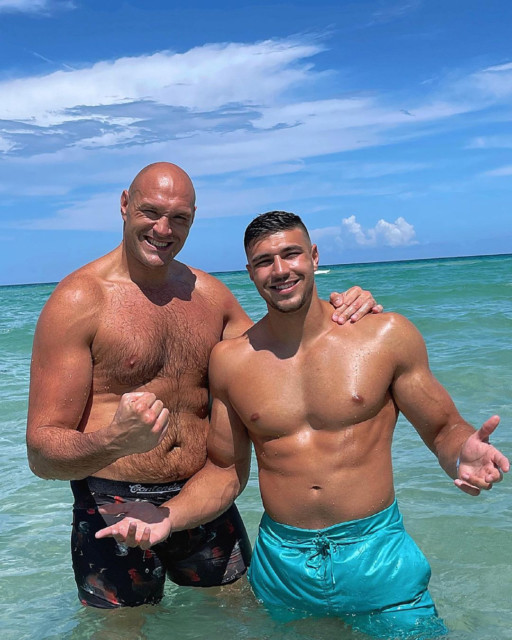 The legendary American fight maker is the chief of the Top Rank empire.

And, having worked directly with Muhammad Ali, it is no small thing when he compares Tyson to the Greatest for how they talk and fight. 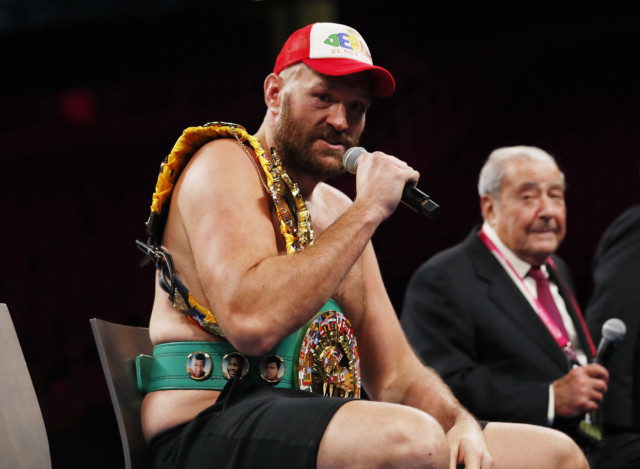 Fury’s personal bodyguard is never far away from the undefeated champ and is clearly a very trusted member of the team.

The safety specialist has refrained from any interviews so remains a bit of a mystery man. 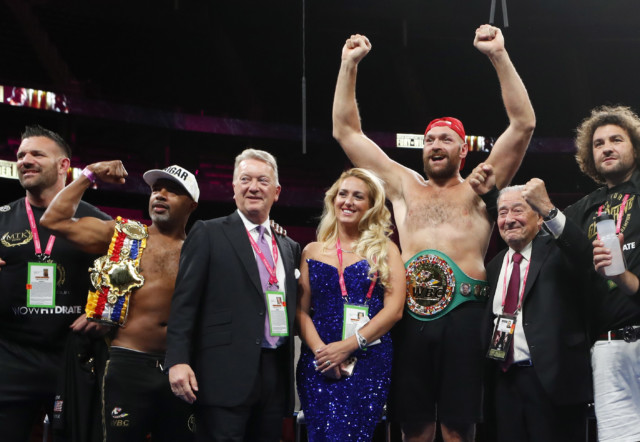 Brendan Lyons, far left, celebrates with the rest of the team

The friend and advisor Tyson lovingly refers to as ‘Timmy Boy’ has been a mainstay of his comeback.

Fury’s team is almost exclusively a family affair but Allcock has such huge respect among the group that he has a seminal role in all things happening around the camp.

Early on in the relationship Allcock was in charge of all camp meals and revealed to SunSport that peanut butter chicken was Tyson’s favourite. 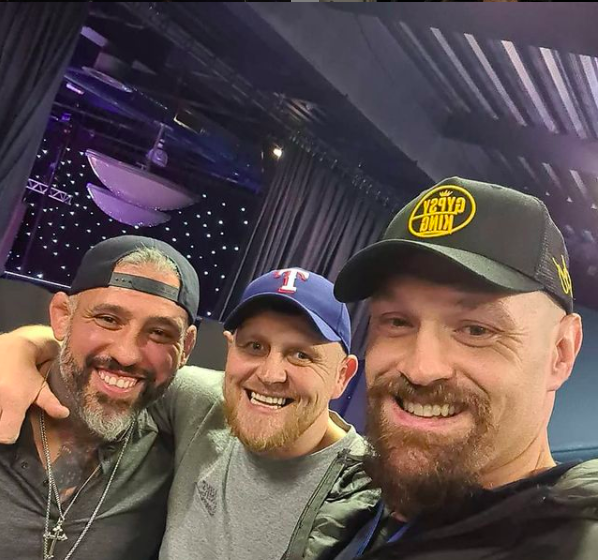 Tim Allcock, pictured in the middle, with Tyson Fury

The nephew of legendary Kronk gym trainer Emanuel Steward, Sugar has been the mastermind behind Fury’s shock transformation into a power puncher.

The Detroit ace enjoys spending time in Fury’s Morecambe home now – but was so disappointed by Anthony Joshua’s performance against Oleksandr Usyk that he popped outside to BBQ some meat for the team. 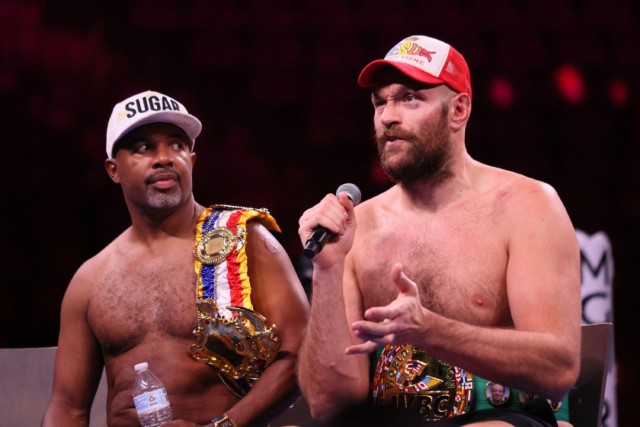 The head of Goldstar promotions, the memorabilia and events mogul has earned Fury’s total trust in a short space of time.

The North Londoner is now based in Blackpool and is a close friend as well as a business partner.

Advertisement. Scroll to continue reading.
In this article:beforehe, behindthescenes, fromthefloor