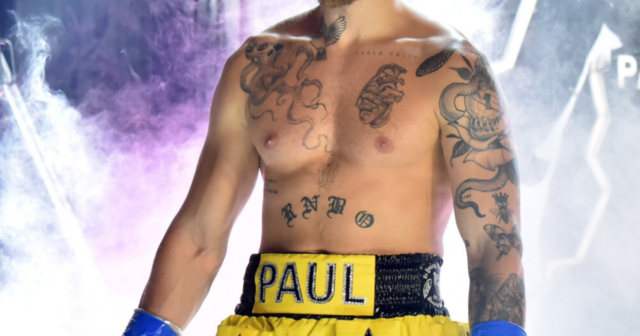 JAKE PAUL admitted ‘there’s an itch’ to fight in MMA after his high-school wrestling career.

But the YouTube star, who is 3-0 as a boxer all by knockout, will not switch over to the cage in the near future.

Jake Paul admitted ‘there’s an itch’ to fight in MMA

Paul said: “I think there’s an itch there, you know?

“Not anytime soon, but it would be fun to go back in and wrestle and maybe throw some submissions.”

Paul, 24, and his older brother Logan, 26, both wrestled in high-school before going on to find fame online.

But now, they are both two of the most polarising prizefighters thanks to their legions of fans and followers as well as doubters.

And he faces former UFC champion Tyron Woodley, 39, next on Sunday, August 29 in his hometown of Cleveland.

Logan, meanwhile, boxed rival KSI, 28, in his first two fights, drawing in 2018 before losing their rematch a year later as they turned professional.

But he scored a stunning moral victory in June as he took boxing legend Floyd Mayweather, 44, the distance in their exhibition bout.

Logan has also called for a move into MMA and even has UFC president Dana White’s phone number.

That is despite Jake feuding with White, believing he does not pay his UFC fighters enough.

He said in June: “There’s a movement moving forwards that is going to show that fighters should be getting paid more.

“It’s unfair. The UFC fighter’s don’t have fair pay. Out of all the sports, the percentage that the owners get versus the athlete, they’re the lowest.

“Francis Ngannou vs. Jon Jones, that fight should happen. Dana White, pay them the $10 million.

“Chris Weidman goes in, snaps his leg in half, what’s that look like?

“He may never be able to fight again and provide for his family. These fighters are risking their lives.

“You can quite literally die in the ring and they need to be compensated more. I’m a big proponent of that movement and being in control.

“It’s just like music labels, same thing, these artists are getting owned and get locked up into these s***** contracts and they don’t know what to do.