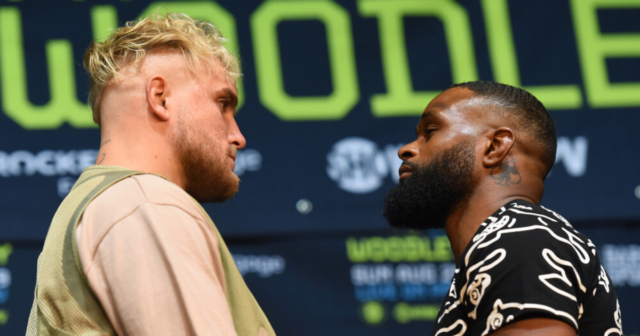 JAKE PAUL has been backed to ‘absolutely destroy’ Tyron Woodley – by his bitter YouTube rival KSI.

Paul faces ex-UFC champion Woodley in his next fight on August 29, where he will look to go 4-0 as a boxer.

British social media sensation and rapper KSI – real name Olajide Olayinka Williams Olatunji – has predicted Paul would lose in all of them.

But now, he has changed his tune and tipped the American to beat Woodley.

“Do you think I want him to win? I haven’t wanted him to win for years, and he keeps winning, so at this point it’s like, alright, calm. 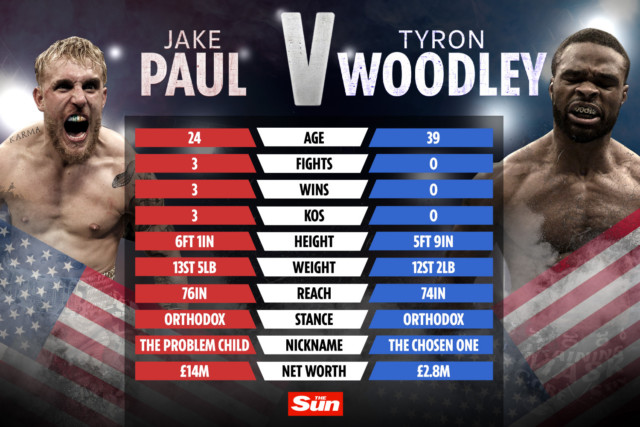 He has rivalled the Londoner ever since beating his brother ‘Deji’ in a 2018 exhibition.

That night, KSI drew with Jake’s older brother Logan, 26, but won the rematch a year later when they turned pro.

It set him up to face Paul, but amid the coronavirus pandemic it failed to materialise.

KSI has vowed to return to the ring and wants to fight YouTuber Austin McBroom, 29, in a warm up for Paul.