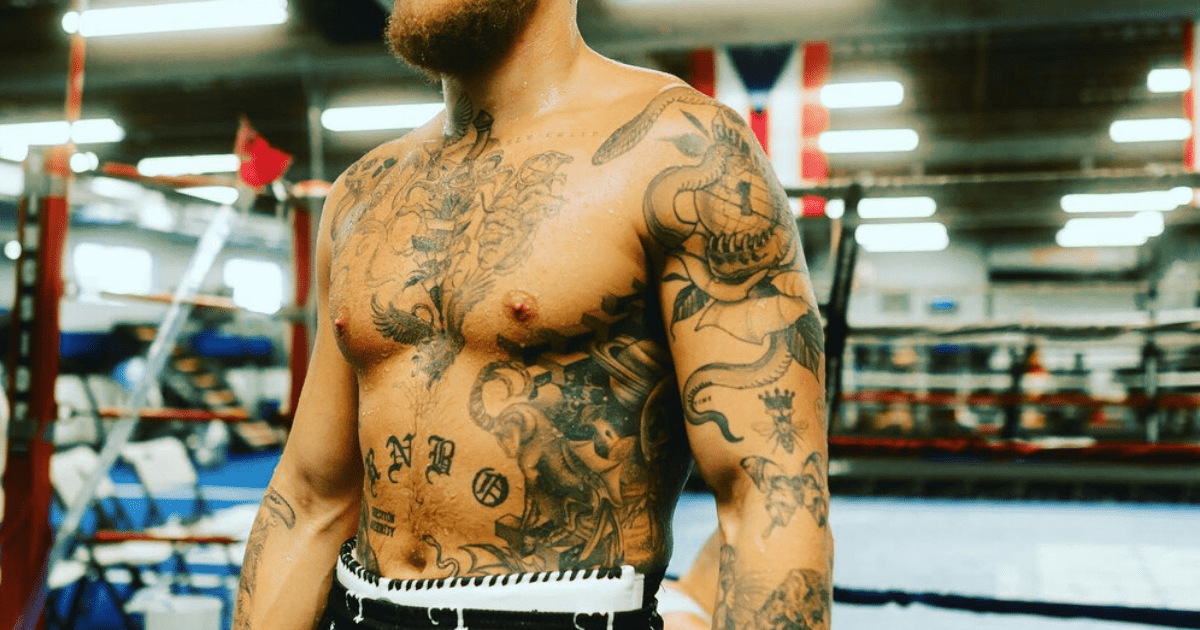 JAKE PAUL is being sued by Eddie Hearn for damages in “excess of £92MILLION” after claiming the promoter “paid” a judge to score fights in favour of his fighters. 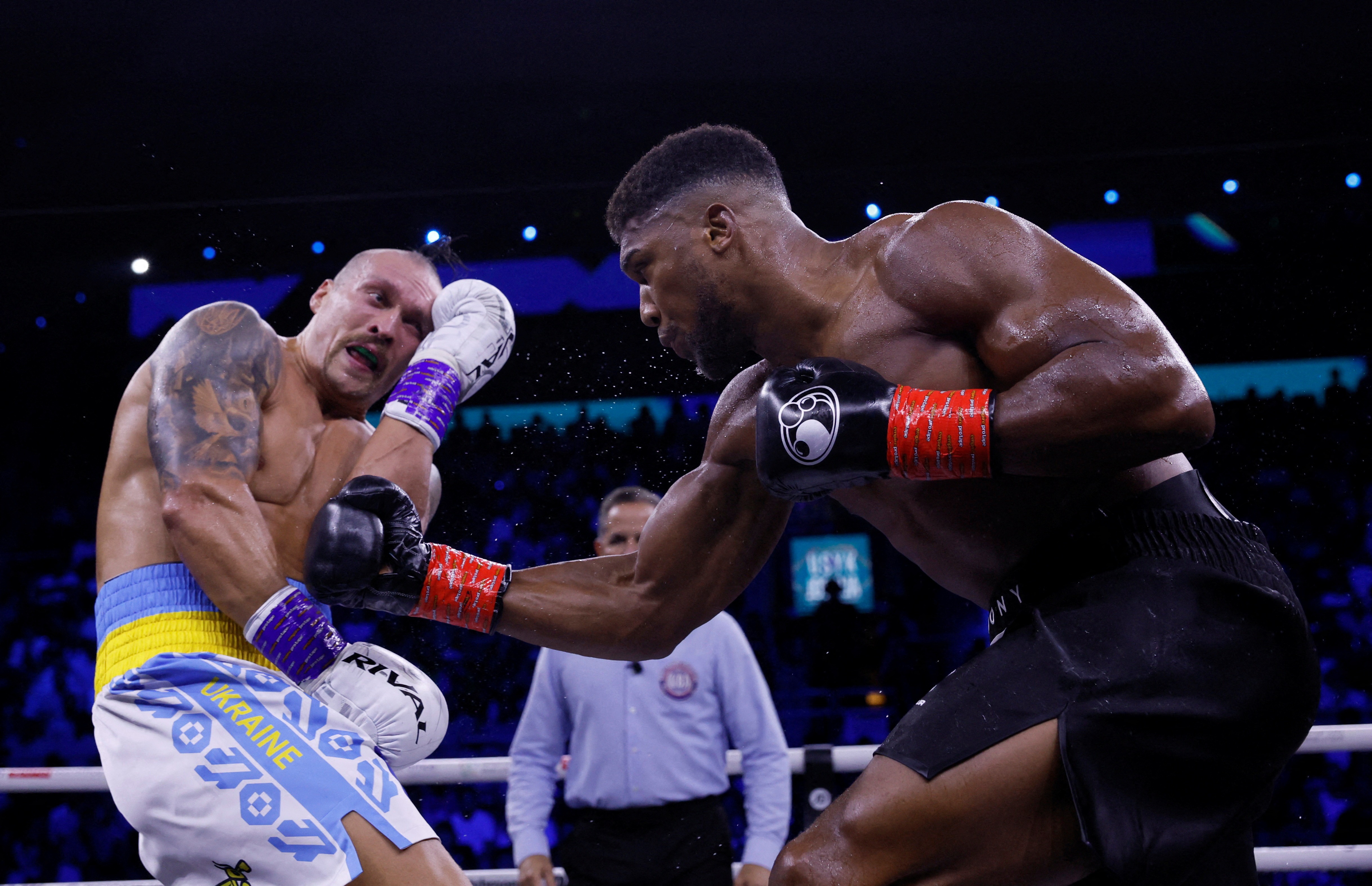 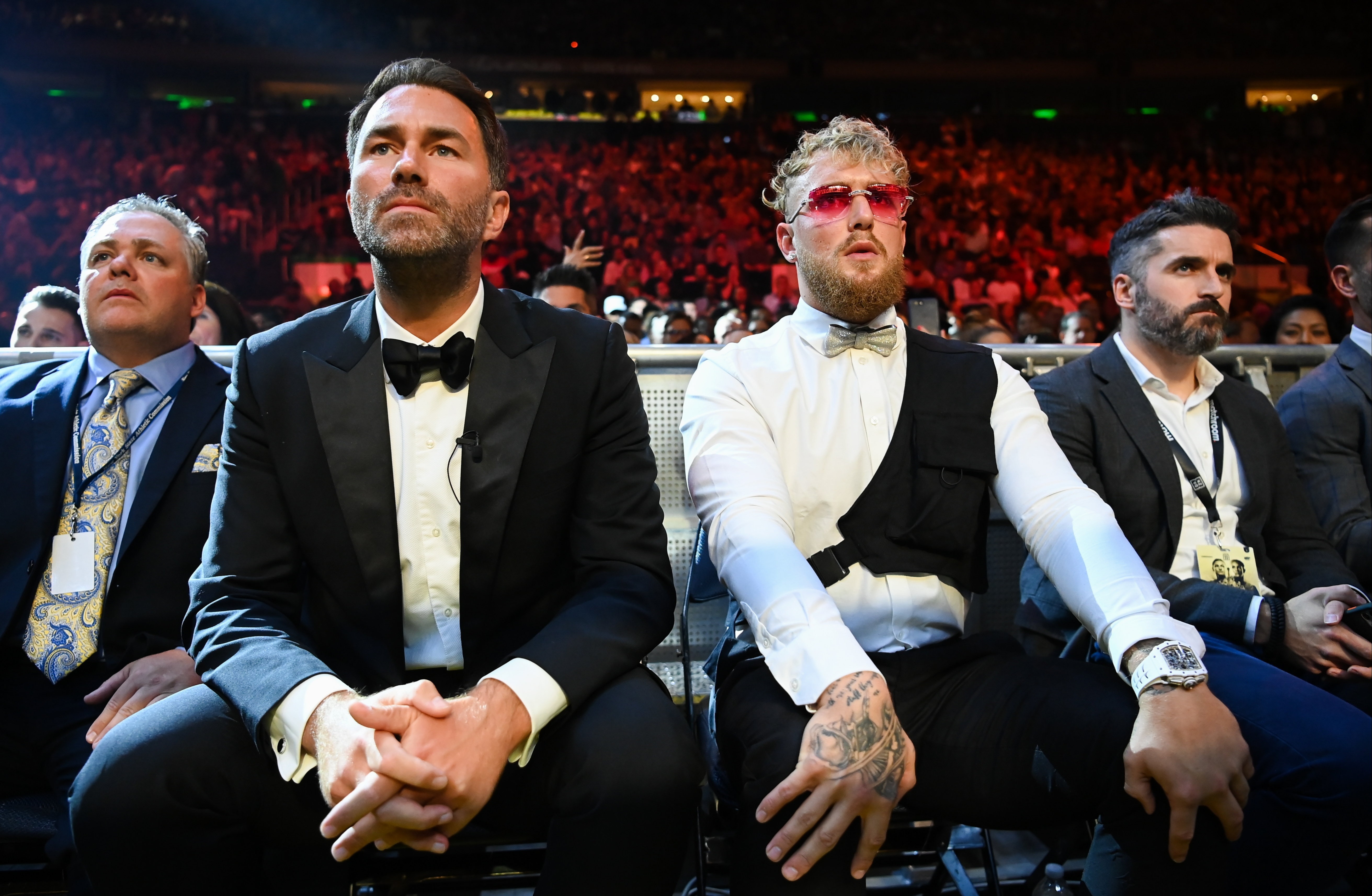 And the allegation has prompted Hearn to take legal action against the social media superstar.

Matchroom have sued the youngest Paul brother for making an “outrageously false and baseless allegation” that has damaged their reputation.

Hearn is suing The Problem Child for defamation and damages upwards of £92m ($100m) for the “outlandishly false” accusation made in an interview earlier this month.

Matchroom Attorney Frank Salzano said: “Both legally and ethically there is a clear line separating opinion from defamatory lies.

“Jake Paul knows that, and he purposely crossed that line when he wrongly accused Matchroom Boxing and Eddie Hearn of fixing fights.

“Nonetheless he was still given an opportunity to retract his defamatory statements and refused to.

“Now he will face the legal consequences of his actions as Matchroom and Mr. Hearn will be seeking damages in well excess of $100 million given the value and goodwill attached to the Matchroom business and the harmful nature of Mr. Paul’s comments.”

Paul, 25, has found himself in legal hot water for saying: “Glenn Feldman shows up in Saudi and scores Anthony Joshua to win the fight when everyone who watched the fight said it was not a split decision.

“Clearly, this guy is getting paid money by Matchroom Boxing.”

Former Disney star Paul was quick to acknowledge the gravity of the accusation he levelled at British boxing supremo Hearn.

He said” [It’s] a bold statement and an accusation that I don’t take likely, but it’s just blatantly obvious. And they’re not even trying to hide it.”

Hearn, 43, revealed earlier this week that he’d take legal action against Paul for his comments.

He said: “What he said in terms of his allegations of corruption with Glen Feldman is totally unacceptable.

“We all have a laugh with Jake and he’s an average fighter but I’m telling you now, what he said is unacceptable and it will be dealt with because we take this sport, our values as a family seriously and we love the sport of boxing.

“So, for him to come out with idiotic comments without even thinking of what he said is extremely harmful to me and very disrespectful to us as a business and as a family.”

He added: “Jake’s comments will be dealt with appropriately.

“I’m not prepared, as I would be on many occasions, to take what he is saying with a pinch of salt on this occasion because it’s bang out of order and totally disrespectful to the sport of boxing and to me and us.

“So, he’s going to have to take the brunt of that. Maybe he doesn’t care, but I do.”

Boxing takes approximately 3 months to learn. This includes learning how to do footwork, stand, and balance. It’s important to remember that boxing is not only about throwing punches. It is important to know how to dodge and block attacks.

Training boxing requires fighting. You must put in the work to get better at boxing. It is possible to improve your boxing technique.

You can improve your boxing technique by watching good boxers compete. You should observe how they move, throw punches and defend themselves. Next, try to copy their moves.

Next, you’ll have to spar against another opponent boxer. Here you can see if you have improved your boxing technique. You’ll be amazed at how fast you can punch and how strong your punches feel.

Boxing is one our oldest sports. Boxing was developed in ancient times to train warriors for fighting against foes. Boxing is still a popular sport all over the globe. You don’t even need to go to a gym to box. You will need some gloves, punching bag, and some friends to spar.

There are many local amateur boxing groups that you can join to train with professionals. Once you’ve mastered basic punches and combinations, you’ll be ready to compete in tournaments.

Boxing uses seven punches: jab, hook, hook, uppercut and straight right. These punches can be used to strike the opponent’s head and body.

Boxing is a sport that involves two people who try to knock each other out by hitting them in the head and face. Boxing is about hitting an opponent as hard possible, without inflicting any injuries. For this to happen, both boxers have to be able and willing to throw punches at a high rate of speed. They should also have excellent hand-eye coordination.

You learn boxing to increase your physical fitness and self-confidence. Boxing has become a very popular sport. It requires speed, agility and strength.

There are many options for boxing training. You can choose to train in a gym or at home. Others require that you go to a health club. There are also online courses which allow you to study from anywhere in the world.

It is important to find a program that suits your needs and your lifestyle. The best programs will include exercises that help build muscle mass and flexibility, improve cardiovascular endurance, enhance well-being, as well as increase overall wellbeing.

It is important to consider whether you would prefer a beginner’s or an advanced course. Basic techniques and drills are taught in beginner’s programs. These include shadowboxing and sparring, mittwork, and punching combinations. Advanced programs cover more complex movements and offer more variety.

Advertisement. Scroll to continue reading.
In this article:eddiehearn, jakepaul, judge