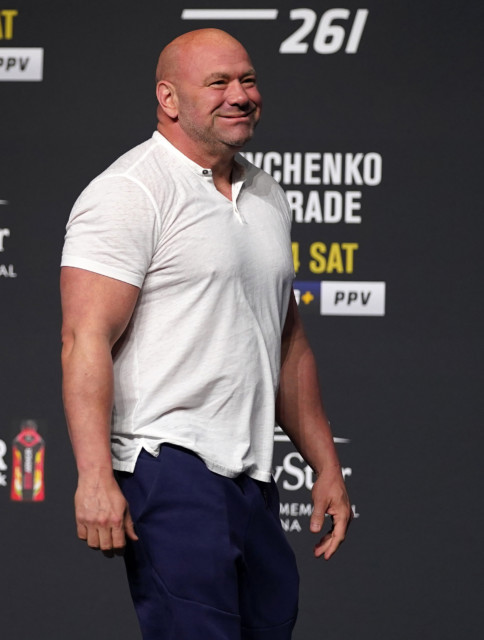 White has been vocal about Paul’s boxing career and even revealed he would bet $1million on the YouTuber losing to Ben Askren.

But after Askren was knocked out, the UFC president said the reported 1.5million pay-per-view buys were made up.

Paul – who was cageside a booed at UFC 261 – responded in a Twitter post and claimed he earns more than any MMA star bar Khabib Nurmagomedov or Conor McGregor.

He posted: “Dana, you claimed you would bet $1 million on me losing.

“Set up Askren to train with Freddie Roach. Gave him full access to the UFCPI and he still got his ass handed to him.

“In my third fight, I made more money in total pay than any fighter in UFC history. Maybe it’s time to pay your fighters their fair share?

“No wonder they all want to get into boxing. Dana, you say you make the fights the fans want to see, so hurry up and make [Jon] Jones vs. [Francis] Ngannou.

“Pay them their fair share. $10 million purse for each guy plus pay-per-view. Why are UFC fighters so underpaid versus boxers?

“Why did I make more in my third fight than all but two (Khabib and Conor) UFC fighters have in history. I know why.” 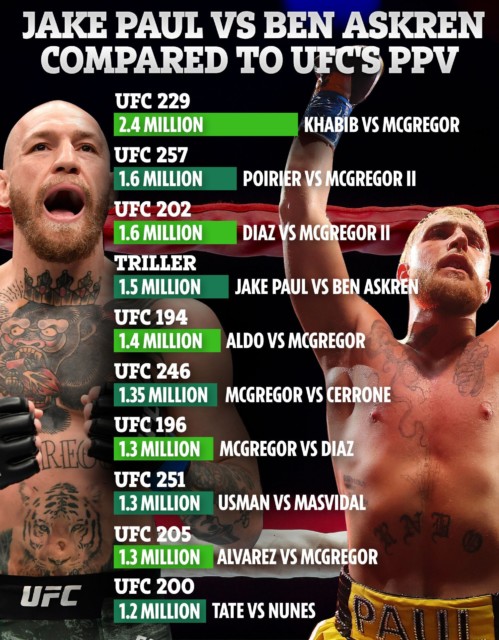 But White is not convinced by the social media sensation and accused his team of lying about their box office success.

He said: “He knocked out an NBA guy that was 40 years old and 30 pounds less than him. I don’t even know what to think about the Askren thing.

“The whole thing is f***ing mind-boggling to me, but good for him. Grab that money while you can, kid.

“I don’t believe anything they say. That’s a f***ing circus. None of that is real. Do you think any of that s*** that’s going on over there is real?

Advertisement. Scroll to continue reading.
In this article:danawhite, jakepaul, ufcfighters