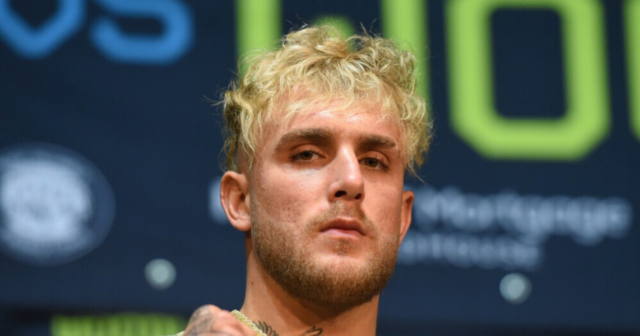 JAKE PAUL aimed insults at Floyd Mayweather as he called out the boxer for a ‘real’ professional fight.

The Youtuber, 24, is preparing to fight Tyron Woodley on August 30 – his fourth professional boxing bout.

And Paul is keen to fight Mayweather next, but only if certain conditions are met.

“So if he wants to do a real pro fight at a real weight, I’m down. But I don’t want to do money fights with an old guy.

“He needs me more than I need him.”

The former world champion reportedly took home a purse of around £72million on that occasion, but was also left fuming at Jake Paul after the younger sibling stole his hat.

Paul has proven his knock-out power in his three fights so far, against fellow Youtuber AnEsonGib, Nate Robinson and Ben Askren, so will be confident against Mayweather despite the boxer’s history.

And it seems he is intent on riling up Mayweather once again by calling him out.

Advertisement. Scroll to continue reading.
In this article:boxingbout, hesaid, jakepaul