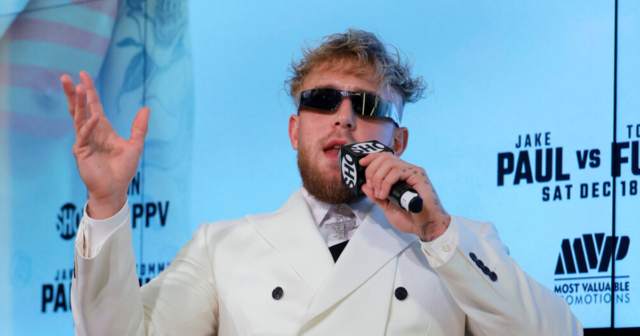 JAKE PAUL has called out Google’s No1 searched athlete Tiger Woods for a fight.

The YouTube star-turned-boxer has made a name for himself in professional sports in recent years.

Paul fights Woodley on December 18Woods is making a comeback in golf later this week, playing alongside his son Charlie 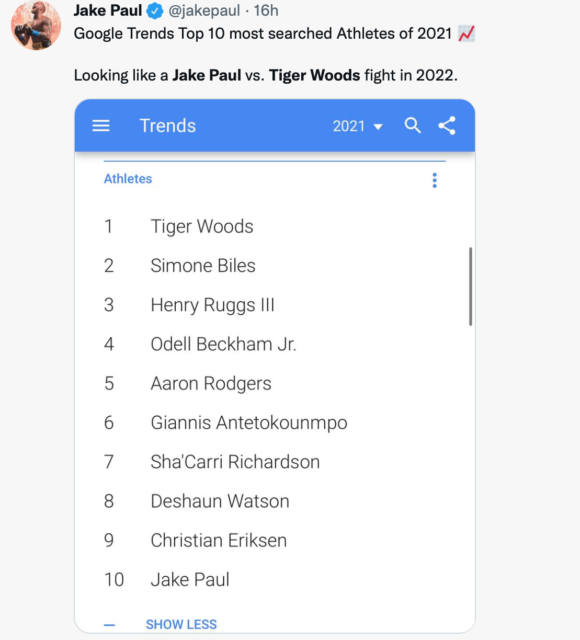 Paul is the tenth-most searched athlete in 2021

He was set to take on Tommy Fury on December 18, but the Brit had to pull out due to illness.

Paul will instead fight Woodley again and will give the 39-year-old an extra $500,000 if he can knock him out.

But it appears Paul has his sights set on a bigger fish in the pond of professional sports in 2022.

Woods is the most searched athlete of 2021 and Paul has called the 45-year-old out for a fight.

Unfortunately for Paul, it’s an offer Woods would most likely decline.

He is still recovering from his horror car crash that happened earlier this year.

And he’s more interested in getting back into golf by playing at the PNC Championship with his son Charlie, 12, than entertaining Paul.

Denmark and Inter Milan star Christian Eriksen also finds himself on the list.