Jake Paul claims he is ‘bigger, faster and more athletic’ than Canelo Alvarez and wants to fight Mexican in three years
Advertisement 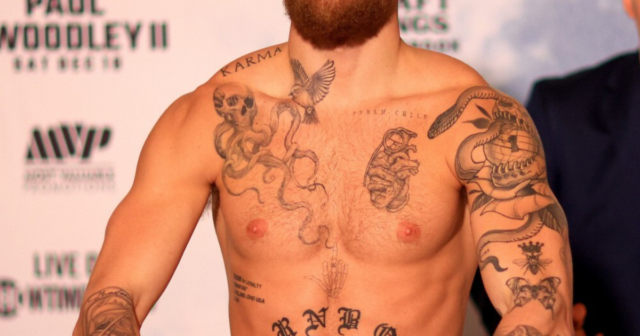 JAKE PAUL claimed he is ‘bigger, faster and more athletic’ than Canelo Alvarez – and wants to fight the Mexican in just three years time.

Paul has long aligned his name to the current undisputed super-middleweight champion.

Jake Paul claimed he is ‘bigger, faster and more athletic’ than Canelo AlvarezCanelo was called out to a fight by Jake Paul in just three years time

And on an ESPN appearance the YouTuber-turned prizefighter was grilled about his callout of Canelo, deemed unrealistic.

And Avni Yildirim, 30, lasted only three rounds with Alvarez in February 2021, with the Turk deemed his WBC mandatory challenger at the time.

Paul said: “Other people try place limits on what is possible for you, when you’re a unicorn doing something different.

“Other people try place limits on what’s possible for you and what you can accomplish, because of their mindset and what they think they can accomplish as a human being.

“The guy he fought the other time, Turkish warrior quit after three rounds. He didn’t throw one punch.

“But give me three years and that’s going to be a big fight. The two biggest names in boxing going after each other, why not?”

Paul’s three-year challenge to Canelo, a four-division champ, appears ludicrous, with the American not yet facing a recognised boxer.

He did attempt to in December, against Tommy Fury, 22, but the Brit pulled out with a broken rib and chest infection.

Ex-UFC champion Tyron Woodley, 39 instead replaced Fury, four months after losing to Paul on points, and was brutally knocked out.

It means the social media sensation has four KO’s in his five wins.

The criticism of Paul facing only non-boxers so far still looms large, but he is in talks with ex-middleweight world title holder Julio Cesar Chavez Jr, 35.

“Undefeated, young prospect. He comes from the Fury family, his brother is the heavyweight champion of the world.

“I tried to fight him and he got scared. He backed out of the fight. He’s undefeated, I don’t care.

“Just because someone’s a ‘professional boxer’ doesn’t mean they can fight. I’m taking down all these guys.

“The one with the good day. I’m trying to fight all these guys.” 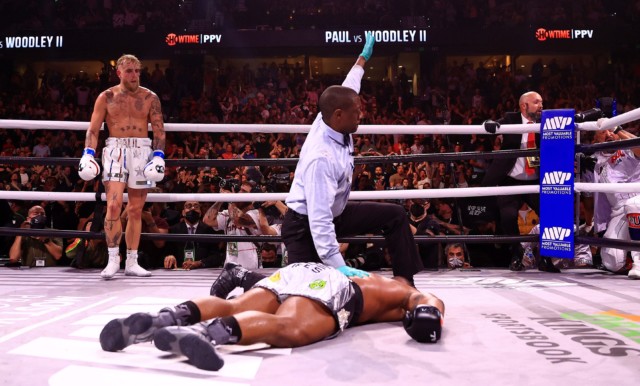 Jake Paul knocked out Tyron Woodley in their rematch
In this article:heis, injust, jakepaul