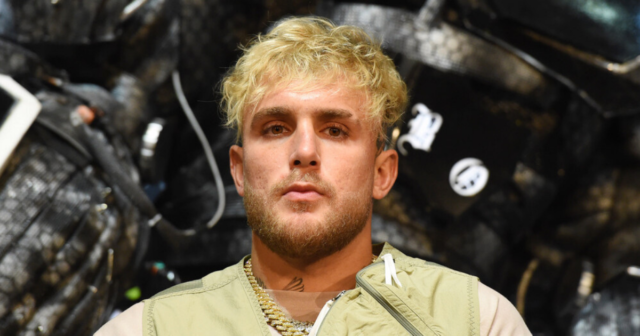 JAKE PAUL insists he will be Conor McGregor’s BIGGEST payday and claims there is a ’90 per cent chance’ the fight happens.

He recently revealed talks already underway and feels the Irishman has not got any better offers.

And his hopes of landing his dream fight were heightened when his brother Logan, 26, faced boxing legend Floyd Mayweather, 44, in June.

“Anything is possible after my brother fought Floyd Mayweather. I could fight anybody after this.

“I think there’s a 90 per cent chance of [the McGregor fight] happening.

Paul first offered McGregor $50million in January, but that was before the Irishman was knocked out by Dustin Poirier, 32, the man he beat in 2014.

The social media star then watched from cageside at UFC 264 as the trilogy bout ended in chaos.

McGregor, 33, broke his tibia seconds before the end of round one and was beaten by Poirier, 32, by doctor stoppage.

He is now out for six months with a medical suspension but has undergone surgery in Los Angeles.

It leaves Paul, who is 3-0, all by knockout, facing a further wait to fight McGregor.

For now he is focussing on ex-UFC welterweight champion Tyron Woodley, 39, who he fights on August 29, in his fourth and toughest fight.

“He’s hitting heavy bags and knocking them off the chains.

“Tyron Woodley is still explosive and people forget in his last fight, he had Vicente Luque stumbling and wobbling across the cage [before he lost].

“People can say whatever they want, but Tyron’s been boxing and striking five times as long as I have.

“This is a big challenge for me and I know that going into it. We’re not taking this fight lightly at all.”

But he already has hopes of one day challenging Canelo Alvarez, 31, boxing’s pound-for-pound No1.

Paul revealed: “He’s a killer at 168 pounds, but people forget that I naturally walk around at about 205, so there’s a big weight difference.

“There’s a big height advantage. Canelo hasn’t fought someone who has really challenged him in the last couple of fights.

“They’ve all been easy guys who just sort of fall on their ass. I just need to continue on the path that I’m on now.

“Getting experience under my belt, fighting tougher and tougher people as my career goes on, continuing to stay in the gym every single day, and continuing to be the pay-per-view star that I am and selling tens of millions of dollars in pay-per-views.

“At the end of the day, this is a business. If Canelo sees that, he’s going to want to get in on the business.”

Did you miss our previous article…
https://www.sportingexcitement.com/boxing/anthony-joshua-and-deontay-wilder-compared-by-heavyweight-who-has-sparred-both-and-reveals-strengths-and-weaknesses