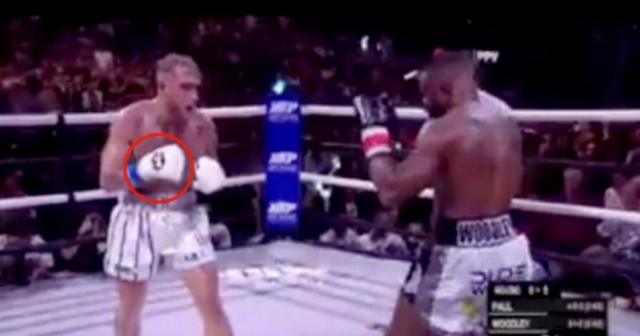 The UFC great was viciously knocked out in Round Six by the YouTube star-turned-boxer. 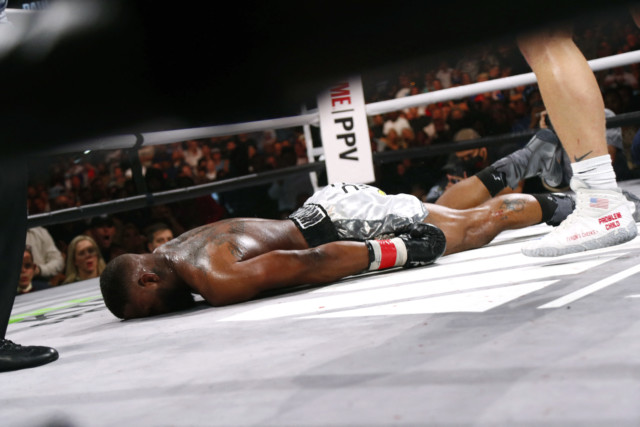 Woodley was left face down in the ring

But fans were convinced it was fixed as Paul flexed his wrist as a ‘signal’ seconds before delivering the devastating blow.

Woodley’s coach has spoke out and rubbished such claims, saying the MMA star wanted to ‘win’.

Speaking to MMA on Sirius XM, Din Thomas said: “That whole theory, it makes me laugh.

Woodley conceded he made the fatal mistake of dropping his hand before Paul‘s punch.

But has claimed he is not ready to retire just yet.

“So, I did that tonight and went back and looked at it and thought.

“Why the f**k did I drop my hands? I was ready, I had both my hands up and I was expecting the overhand.

“I knew he was gonna delay the punch. But even if he delayed it, I was ready for it.

“Even if he didn’t delay I don’t know why I dropped my guard. In this sport, it takes only one mistake, just one mistake, I blocked so many of his shots.”

Did you miss our previous article…
https://www.sportingexcitement.com/boxing/floyd-mayweather-shows-off-his-incredible-14million-watch-encrusted-with-huge-dazzling-diamonds

Advertisement. Scroll to continue reading.
In this article:bigmoney, itwas, theamericans