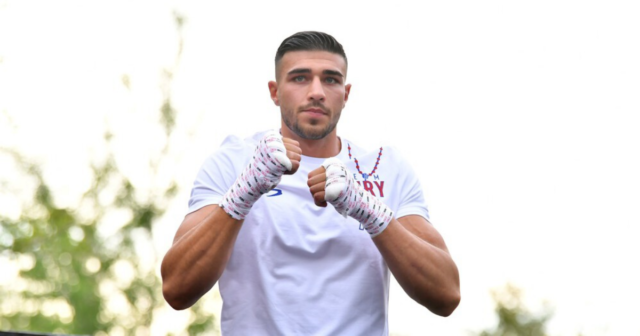 JAKE PAUL and Tommy Fury are set to fight in a grudge match on December 18 in Miami.

The two have been relentlessly going back-and-fourth online in recent months but talks were equally progressing behind the scenes.

And despite recent road bumps, SunSport understands a deal is over the line for a Christmas cracker.

They both fought as recently as August 28 on the same card, with Paul beating ex-UFC champion Tyron Woodley, 39, over eight rounds.

Fury is 7-0 and debuted in 2018 to much fanfare due to the popularity of his unbeaten brother, WBC heavyweight champion Tyson.

In this article:behindthescenes, jakepaul, theline