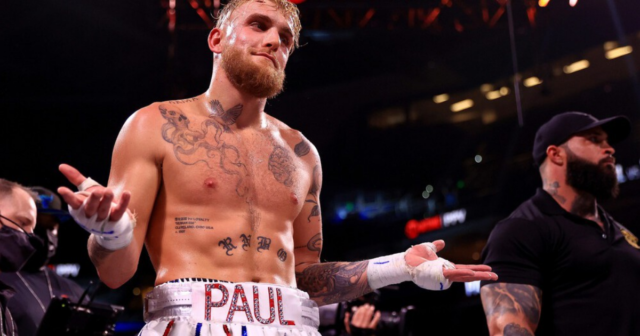 JAKE PAUL hinted at fighting Canelo Alvarez after he responded to news that the Mexican’s next opponent will ‘not be for boxing purists’.

The YouTuber-turned prizefighter is 5-0 professionally and has ambitions of one day facing Canelo.

Boxing’s pound-for-pound No1 recently unified the super-middleweight division’s four belts in the space of just 11 months and four fights.

But his return opponent remains a mystery, with WBC cruiserweight champion Illunga Makabu, 34, and US star Jermall Charlo, 31, frontrunners.

Speculation increased when ESPN’s Salvador Rodriguez, via talkSPORT’s Michael Benson, said it ‘could now be one that a lot of boxing purists are not going to like.’

Still Paul, 25, took the opportunity to align his name with Alvarez as he replied to the news with three ice cold emojis.

But the chances of the American social media sensation sharing the ring with Canelo, now or ever, are slim.

He himself has even admitted in the past NO talks for the fight to happen have ever taken place.

And Paul has previously given a three-year time frame to achieve the lofty goal of fighting Canelo.

After all, despite his unbeaten record, he is still yet to face an opponent with prior professional boxing experience.

Paul beat Woodley initially on points in August but knocked the ex-UFC champion out in their December rematch.

He was due to face boxer Tommy Fury, 22, until the Brit pulled out with a broken rib and bacterial chest infection.

Fury has since called to have the celebrity grudge match rescheduled, but ex-middleweight world champ Julio Cesar Chavez Jr, 35, is in talks to fight Paul. 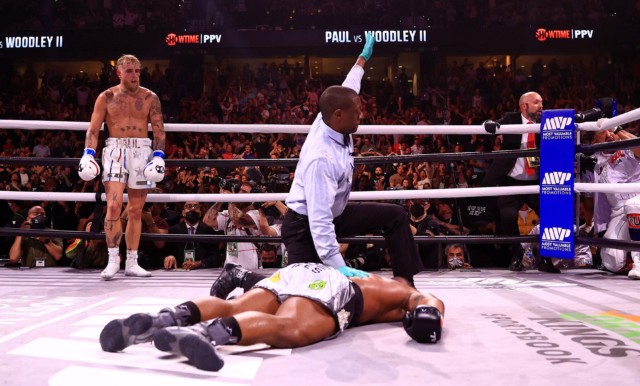 Jake Paul brutally knocked out Tyron Woodley in their rematch
In this article:jakepaul, notbe, oneday