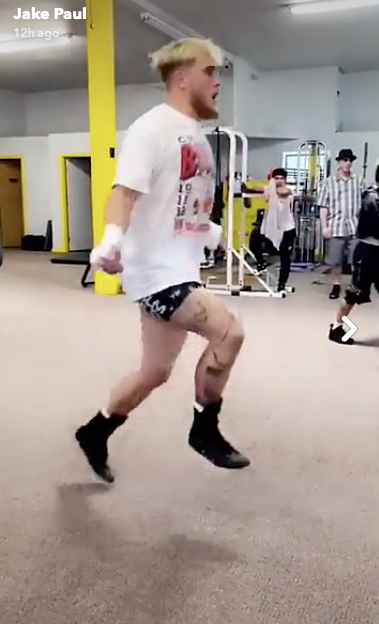 The YouTuber, 23, faces former basketball player Robinson, 36, on the undercard of Mike Tyson’s undercard on November 28. 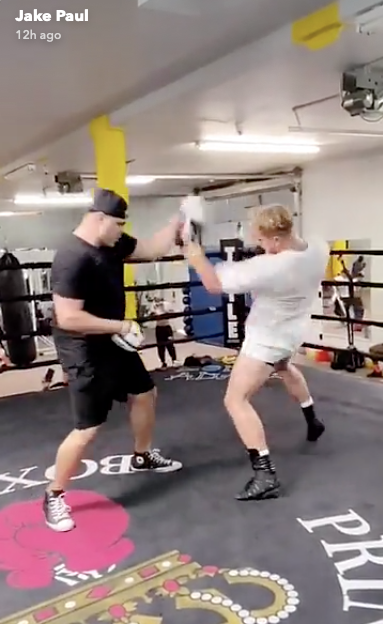 Paul showed off his left uppercut on the pads

After 54-year-old Tyson’s pay-per-view return was postponed two months from its initial September date, Paul took time out of the gym.

But he is training once again having shared videos of an intense skipping session as well as pad work.

The American – who beat internet rival ‘AnEsonGib’ on his boxing debut in January – was seen drilling the lead left uppercut.

It came after the social media star already predicted he will win his second pro fight in the opening round.

Such is Paul’s confidence in a first-round finish, he claims to be eating fast-food during training camp.

Cheese get my good side #Holdat

“I said the only reason it would matter is if the fight [goes] past one round, like I don’t need cardio for this s***.

“He’s getting knocked out in one round, on God.”

Advertisement. Scroll to continue reading.
In this article:basketballplayer, jakepaul, tooktime