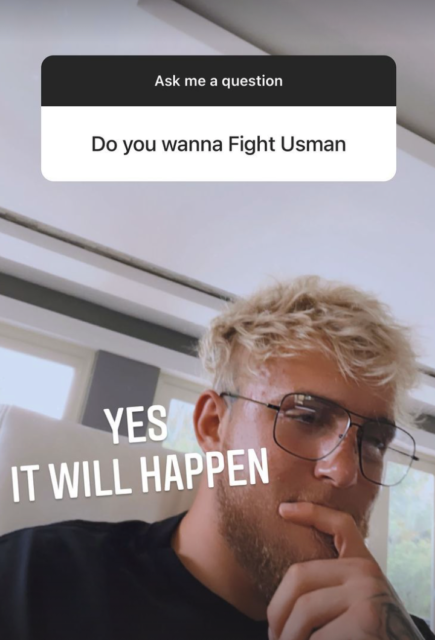 Usman, 33, was quick to pour cold water on a clash with the younger Paul brother but sent a chilling warning his way after he tweeted a picture of his daughter.

But The Problem Child is confident he’ll share the ring with The Nigerian Nightmare.

During an Instagram Q&A, Paul was asked: “Do you wanna fight Usman?”

And the 25-year-old replied: “Yes it will happen.”

Paul may be eager to fight Usman, but that eagerness doesn’t stretch to former lightweight king Khabib Nurmagomedov.

When asked if he’s interested in facing The Eagle, he replied: “No, I love Russia and Khabib.”

Paul’s comments on a potential fight with Usman come just days after he claimed talks over the bout are already under way. 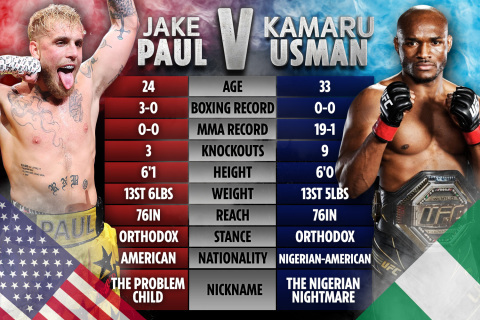 How Jake Paul stacks up against Kamaru Usman

“I believe Kamaru’s manager is already in talks with Dana [White], and I think that’s all I can say.

UFC supremo White, however, has no intention of ever doing business with Paul.

During an interview with ESPN, the veteran promoter said: “First of all, I would never do business with those guys, just no.

“You got plenty of fg goofballs out there that you can muster up to get in there and play these games that these guys are playing. Yeah, I’m not your guy.” 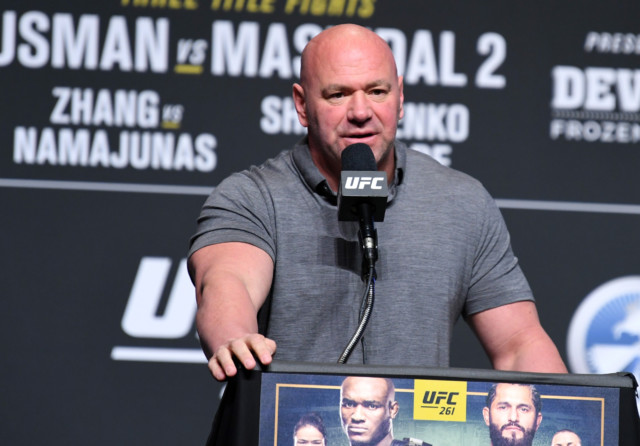 He added: “Listen, you cannot deny the fact that this kid has inserted himself into the conversation with real guys.

“‘This guy has got three fights, and I gotta tell you that I don’t know if I truly believe the Ben Askren thing. I have a hard time wrapping by brain around that.

“Let’s see how long it takes before this kid’s 15 minutes are up, but they are being smart.

“They are keeping him away from anybody that could actually really do damage.

Did you miss our previous article…
https://www.sportingexcitement.com/boxing/tyson-fury-slams-deontay-wilder-and-mockingly-lists-26-excuses-bronze-bomber-made-after-loss-including-voodoo-magic