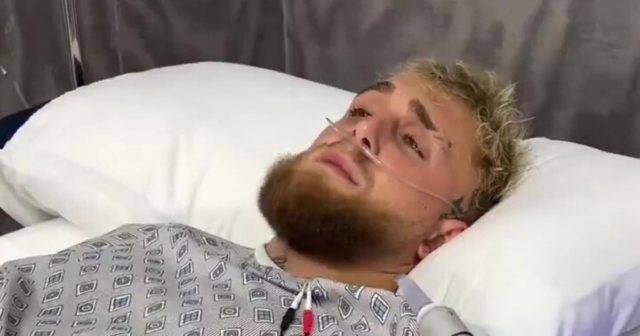 JAKE PAUL joked he has a broken back from carrying the promotion of his past five fights in a funny video posted to social media.

The 25-year-old, who is 5-0 as a professional boxer, will face Hasim Rahman Jr on August 6 after Tommy Fury pulled out of their scheduled bout.

And Paul, who has fought AnEsonGib, Nate Robinson, Ben Askren and Tyron Woodley twice, took aim at his opponents for failing to promote their bouts.

And he did so with a playful video of him in hospital clothes pretending to have broken his back.

Lying in a bed, he said: “So guys, I’m in the hospital. I had an accident.

“I’m still going to be able to fight August 6th so get your tickets at msg.com before they sell out.

“But I broke my back… carrying the promotion for this event! Nurse! Nurse! More morphine!”

Jake’s girlfriend Julia Rose then comes in dressed up as a nurse.

Paul then adds: “I broke my back carrying the last five fights promotion. My opponents never sell s***.

Rahman Jr signed to fight Paul on a month’s notice at the 200lb cruiserweight limit of 14st 4lb.

This is expected to play into the YouTuber’s hands as he looks to move to 6-0 in his boxing career.

Rahman Jr boasts a pro record of 12 wins and one defeat after being stopped by James Morrison back in April.

In this article:hehas, jakepaul, socialmedia