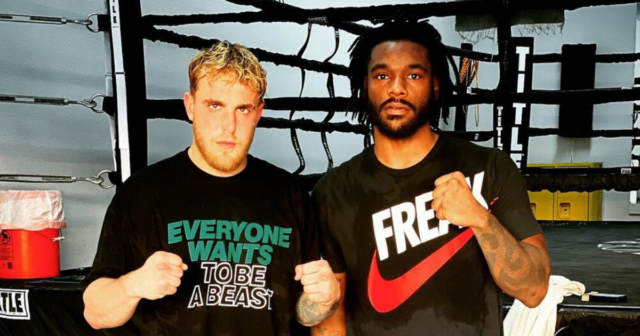 Paul has been left to source a substitute opponent in case Fury pulls out of their celebrity grudge match for a second time.

And according to YouTuber reporter Keemstar, 12-1 heavyweight Rahman Jr is on standby.

The American is the son of ex-world heavyweight champion Rahman Sr, who famously knocked out Lennox Lewis in 2001.

His son and Paul are known to each other and have sparred together twice in the past.

He told Pro Boxing Fans: “If he keeps doing what he does, there’s no reason to count him out in any fight.

“I come from the Rahman family, so we already know when people get slept on that’s when they wake up the world.

Rahman’s brother Sharif has teased that his sibling is braced to replace Fury, with the bout set at cruiserweight.

The 31-year-old suffered his first defeat in April, losing to Kenzie Morrison, also 31, which snapped a 12-fight winning streak.

Paul, 25, is due to return on August 6 at New York’s famed Madison Square Garden.

And he had signed to fight Fury, 23, again following their cancelled bout in December.

But the brother of WBC heavyweight champion Tyson, 33, was denied entry into the US for a press conference.

It has thrown the fight into doubt for a second time with Paul giving Fury until TOMORROW to resolve his US visa issue.

The 5-0 prizefighter already revealed he has three replacement opponents lined up, with Rahman said to be one of them.

Last year, Fury pulled out with a broken rib and Paul knocked out Tyron Woodley, 40, the ex-UFC champ he beat on points four months earlier.

Fury would have been Paul’s first opponent with a recognised boxing record, although Rahman is the more experienced option.

Advertisement. Scroll to continue reading.
In this article:hasbeen, jakepaul, tommyfury