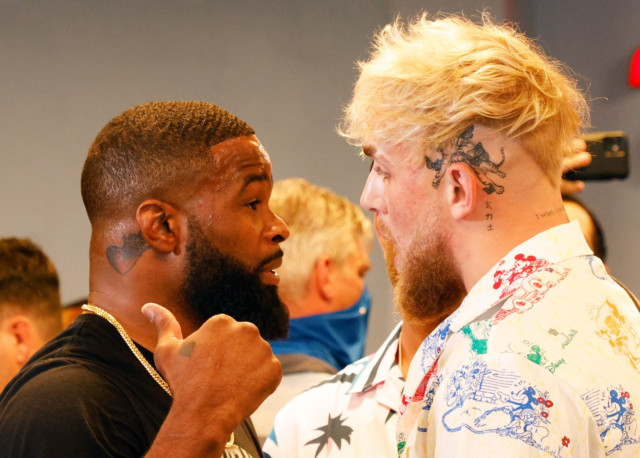 The warring pair had their first stare down last night ahead of their August 28 boxing showdown.

And among all the verbal sparring, the YouTube star offered ex-UFC champ a huge bet.

Paul, 24, told his opponent: “If you win, I’ll double your purse. But if you lose, you have to donate your purse to my charity.”

And he later tweeted: “The 5x UFC champ wouldn’t take the bet. Tyron Woodley you don’t have enough confidence to put your money where your mouth is.”

Woodley, 39, broke out into song during the stare down by serenading Paul with his rap song ‘I’ll beat yo ass’.

Paul responded by goading Woodley over his four losses and his advancing years. 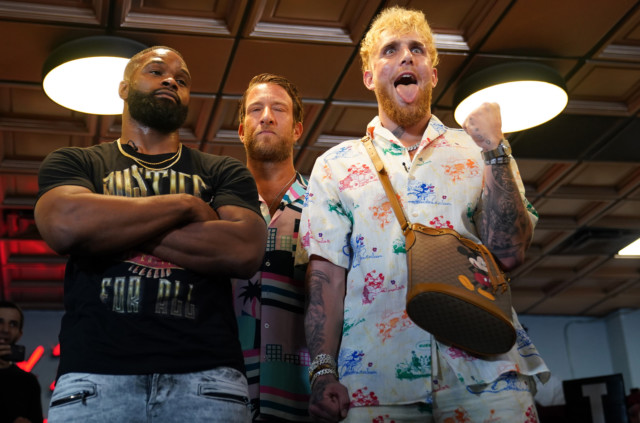 The pair will face off on August 28 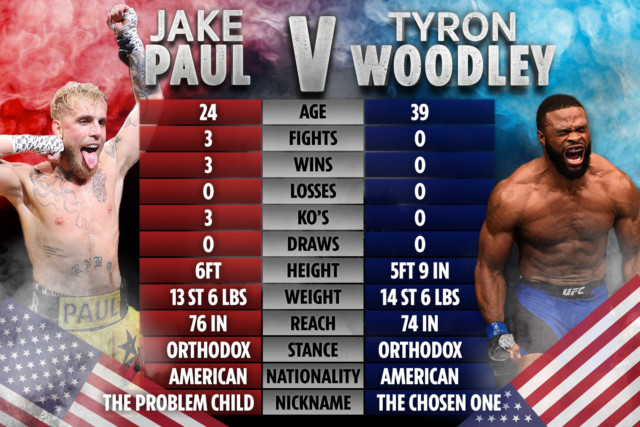 Tempers threatened to boil over before the pair were separated and posed for pictures.

The 39-year-old shared a series of training snaps to his Instagram page on Wednesday night.

His accompanying caption read: “#ChampCamp in session. Day one in the books.”

GET £40 IN FREE BETS ON HORSE RACING THIS WEEKEND

Woodley also included a video of himself going through pressure drills with one of his coaches.

The St Louis slugger is relishing the opportunity to get his hands on the outspoken Paul, who he had a tense confrontation with earlier this year.

And the MMA legend can’t wait to put a beating on the former Disney star.

During an Instagram Live, he said: “All the clout chasing, all the yelling, all the blah, blah blah, ‘I’m a fighter, all the MMA guys don’t never want to fight me.’

“Now, you got a motherf***ing that’s going to fight you like you ain’t never been fought before.

“Ain’t no sparring you can do to motherf***ing get ready for it.