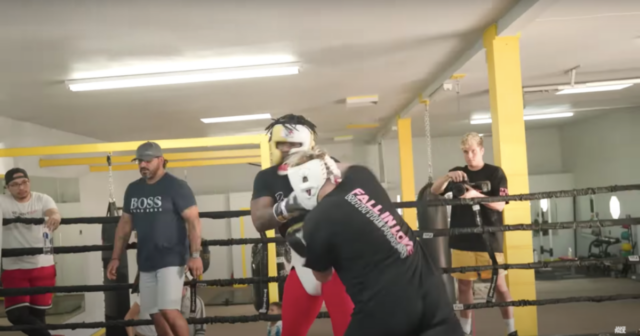 JAKE PAUL has released the FULL sparring session he had with Hasim Rahman Jr.

The pair of former training partners were due to fight at New York’s iconic Madison Square Garden.

But a weight disagreement between the two forced the entire pay-per-view to be scrapped.

Both sides have accused each other of being at fault, and Rahman later released unseen sparring footage of Paul running away during a round.

The YouTube boxing star hit back by releasing the entire session on his YouTube channel, unedited over five rounds.

Rahman can be seen holding back, mainly using only his lead left hand, as Paul lands some clean punches.

The American social media sensation does connect with eye-catching jabs, right hands and body shots throughout the five rounds.

But after he celebrated on the top rope at the end, it angered Rahman who claimed he was “handicapped” during the spar.

A laughing Paul responded: “I’d be mad too if I got my ass beat for five rounds by a YouTuber. Stay mad.”

The sparring session took place in 2020, before Paul knocked out ex-NBA player Nate Robinson, 38, having won his debut against “AnEsonGib.”

He followed it up with wins over former UFC pair Ben Askren, 38, and Tyron Woodley, 40, firstly on points and then by KO.

Rahman, 31, was due to be Paul’s first opponent with prior boxing experience, after Tommy Fury, 23, pulled out amid a US visa issue.

The heavyweight signed to fight at the 14st 4lb cruiserweight limit of 200lb, despite being 16 stone in his last fight in April.

But Rahman denied the allegations and staged a private weigh in to try and prove he could make the 205lb limit.

He actually scaled 206.6lb at the famous Gleason’s boxing gym in New York and said he could even drop down to the initial 200lb weight. 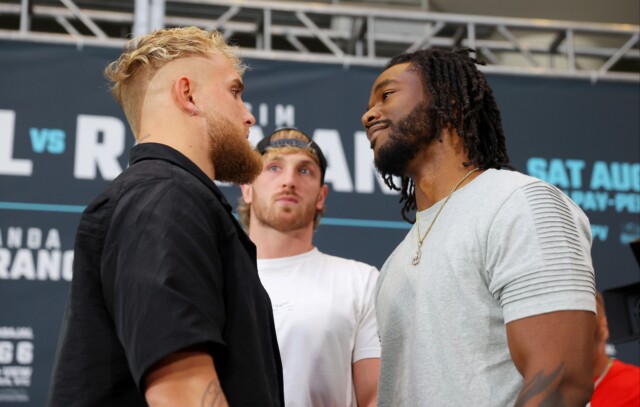 Jake Paul and Hasim Rahman Jr before their fight cancelation