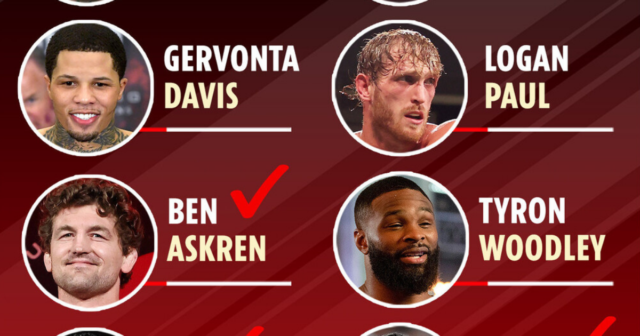 And Paul will look to add to that on August 29, in his fourth and toughest fight to date against ex-UFC champion Tyron Woodley.

Speaking to SunSport days before the social media post, Paul revealed the list grows after each fight, and has some unnamed rivals yet to be included.

He said: “It sort of changes and moulds as I go fight by fight.

“But I guess, Canelo Alvarez, Kamaru Usman, Conor McGregor, Nate Diaz, you know, KSI will always be on that list, be who knows what will happen there.

“Tommy Fury’s on that list, I feel like I’m forgetting names but there’s some fighters I’m thinking of right now that I don’t even want to mention as it’s not worth giving them the clout to.

“I think after this fight, I’m going to go back to the drawing board and re-up the list and actually write it down, that’s a good idea.”

Paul, 24, did go back to the drawing board – quite literally a white one – as he listed his dream opponents.

Canelo, 31, is boxing’s current pound-for-pound No1 and a four-weight champion.

But the Mexican legend should never be in the ring with anyone not of championship calibre.

Brothers Nate, 36, and Nick, 37, are both veterans of the UFC who have hinted at crossing over to the boxing ring before.

SunSport understands with Nate left with just one fight on his UFC contract, talks with Paul’s camp have taken place.

So too had Usman, 34, but a deal is unlikely to be agreed with the UFC welterweight champion one of the promotion’s leading stars.

For the same reason it makes any negotiations with McGregor, 33, difficult, with the Irishman refusing to even acknowledge Paul.

One man who is though is Fury, 22, brother to heavyweight champion Tyson, 33.

The 6-0 light-heavyweight had feuded with Paul online and even signed a two-fight deal with the American’s broadcasters Showtime.

Fury will feature on his rival’s undercard this month and a win for both is expected to line them up with a pay-per-view fight of their own.

But the Brit is yet to return to the ring, with a grudge match between the two growing less likely.

A surprise name mentioned was Gervonta Davis, 26, who is still a super-featherweight champion.

That means Paul is FOUR STONE heavier Davis, a protege of Floyd Mayweather’s.

And lastly both the Paul brothers have talked up a fight between them, despite their parents opposing the idea.

Paul explained his A-list of opponents is all part of his masterplan to eventually upset the odds and become an unlikely world champion.

He said: “The end-game now is to become a world champion, just to say I did it because everyone said I couldn’t.

“To get a world championship belt and to make history and leave an everlasting impact on this sport, create amazing events, and cards and fights that people remember forever. 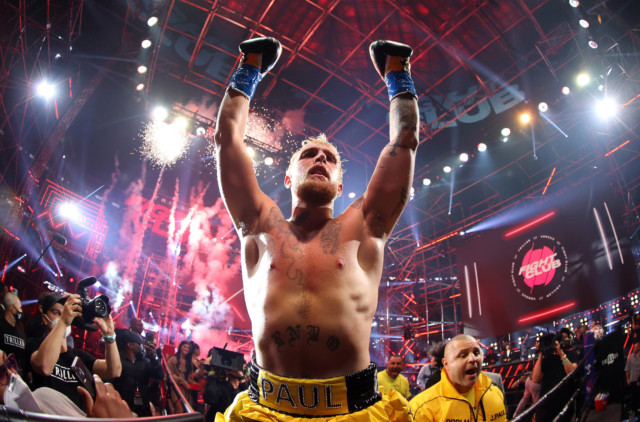 YouTuber Jake Paul is 3-0 as a boxer