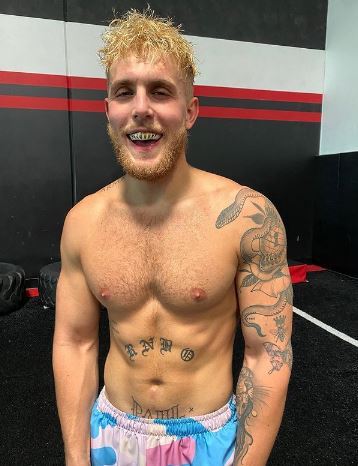 JAKE PAUL has revealed he is on a diet of ICE CUBES as part of his brutal weight cut regime ahead of his fight with Nate Robinson.

The YouTube sensation embarked on his boxing career with a victory over fellow social media celeb AnEsonGib in January.

And the 23-year-old returns to the ring this weekend with a fight against ex-NBA star Nate Robinson.

The two men will clash in a six-round light-heavyweight bout on the undercard of the epic Mike Tyson vs Roy Jones Jr event.

And Paul has since shown fans the grueling lengths to make weight for the clash with a Instagram video of himself grabbing ice cubes to eat.

The 1-0 boxer said: “I can’t wait to eat my Thanksgiving dinner!”

The ice diet involves burning calories by eating ice cubes which causes your body to spend energy to warm the ice to body temperature.

In an interview with TMZ Sports, Paul recently lifted the lid on the process he has undertaken in order to cut weight.

He said: “We’re going into the bubble on Thanksgiving. I’m just gonna be watching people eat.

“So, only having to give up one holiday for this fight is not bad at all.” 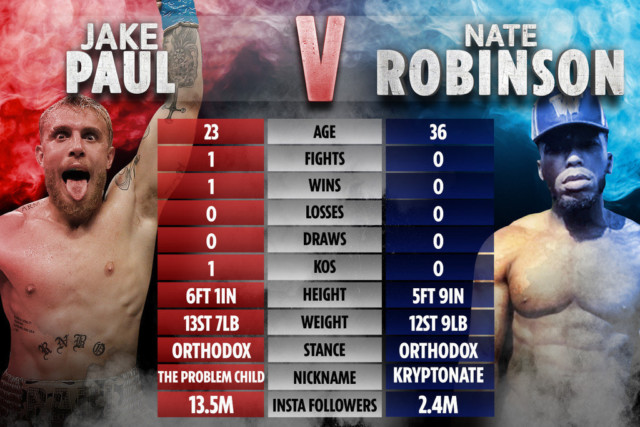 Paul recently hit the headlines for claiming he would ‘kick Conor McGregor’s a***’ in the boxing ring.

He told BT Sport Boxing: “These MMA guys go to practice every day and have to spend their whole day on one thing – elbows, knees, grappling, take downs so there’s a lot they have to work on.

“But I’ve been going into the gym for the past three years and all I’ve been focusing on is boxing, so come over into my arena and you’re going to get your a** beat.

“Jake Paul vs Conor McGregor will happen. People think that’s crazy and Jake’s going to get his a** kicked but we’ll see.”