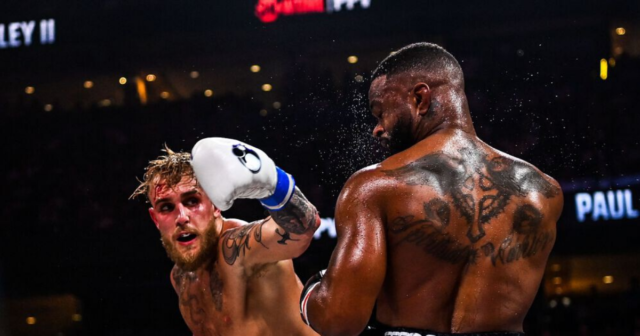 JAKE PAUL has ruled out fighting ‘delusional’ Tommy Fury – and told his boxing rival to ‘get some clout’ and face Tyron Woodley.

The pair were set to put bragging rights and unbeaten record on the line in a December 18 grudge match.

But Fury pulled out with less than two week’s notice with a chest infection and broken rib.

He has called to reschedule his fight with the YouTube star in March – but was told to instead earn it by challenging the man who replaced him.

Paul said on The MMA Hour: “He’s delusional and he sort of missed his chance and his opportunity.

“I sort of want him to fight Tyron Woodley and see what happens there.

“Because I think Tyron would knock Tommy out, so, I almost want to have them fight.

“Tommy, people only know him because of me, and so I want him to go get some of your own fans, or clout, or go do some other thing.

“Then, maybe we could run it back after that.”

Woodley, four months after losing to Paul on points, filled in for a late-notice rematch but was brutally knocked out in round six.

Now the internet celebrity has knocked out every opponent he has shared the ring with.

But Fury’s withdrawal also means Paul is still yet to fight an opponent with prior professional boxing experience.

Despite the criticism of opposition, he named only ex-middleweight world champ Julio Cesar Chavez Jr, 35, as a boxing rival who makes financial sense.

Paul said: “There’s really no boxers who have a big enough name to make it an interesting enough event that are really near my weight class or experience level.

“I think Canelo was supposed to fight him but it just doesn’t make any sense. It’s my sixth fight and this guy’s a world champion.

“So nobody really has a big enough name in the boxing world than maybe Chavez Jr.” 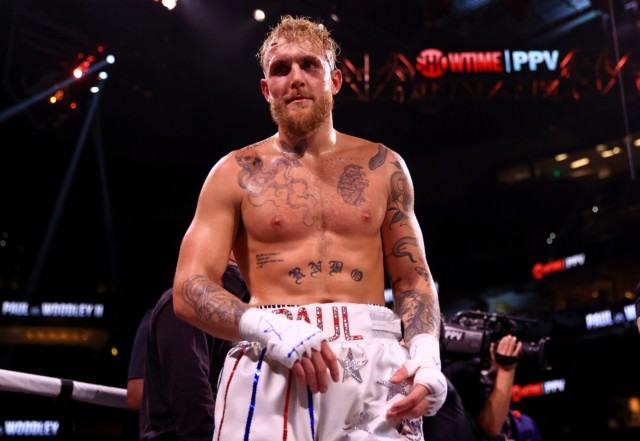 Jake Paul is 5-0 after knocking out Tyron Woodley in their rematch
Advertisement. Scroll to continue reading.
In this article:jakepaul, tommyfury, tyronwoodley