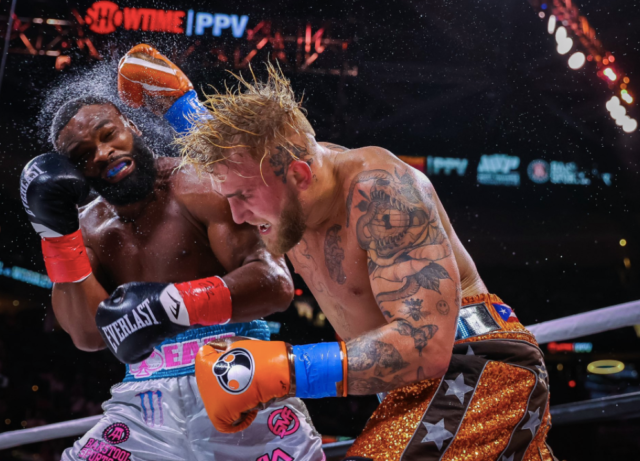 JAKE PAUL scored his biggest win as a professional boxer by beating Tyron Woodley – but had to overcome a scare or two.

The YouTuber-turned prizefighter boxed his way to a points win over eight-rounds against Woodley, who was UFC champion only three years ago. 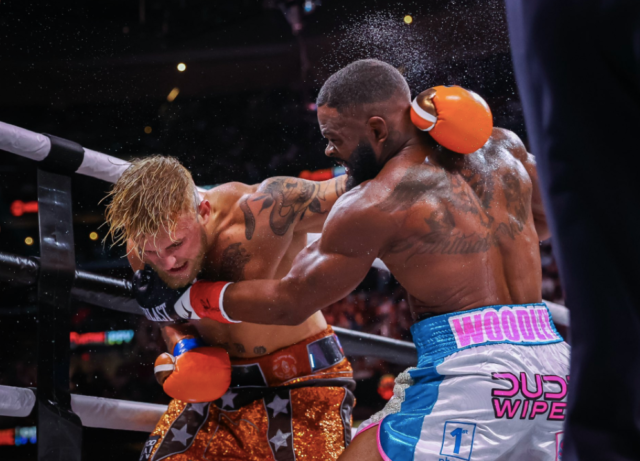 At times the cruiserweight attraction lacked intensity and quality, but was gripping throughout.

Paul, criticised for not facing stern enough competition, showed off a smart range finding jab, distance control and composure over the distance.

But Woodley was guilty of letting the fight slip away round by round, not showing enough urgency.

After the fight went all the way, the judges scored it a split-decision, with Paul declared the winner in his home of Cleveland, Ohio.

He said: “I’ve been boxing for 18 months now. I haven’t been to the dentist, I barely got my hair cut in the last two years.

“My teeth are crooked, my nose is crooked.I’ve dedicated the last 18 months to this.

“I haven’t stopped, I think I might need to chill out for a second and figure out who I am. I’m only 24, I’m changing, I’m growing, I’m learning a lot.

The opening bell saw Woodley, 39, rush out the corner and lunge in with a big overhand right, which was easily telegraphed.

Paul, 24, implemented feints early on and utilised a smart jab, even landing a three-punch combination to cap off a cagey opener.

In the second, the social media sensation boxed largely on the back foot behind a jab, with Woodley threatening, but not attacking.

The ex-UFC welterweight’s reluctance to let his hands go saw Paul take control, also landing a combo to head and body before the bell sounded.

Woodley did find home with a big right hand to open the third round, which prompted three punches coming back his way. 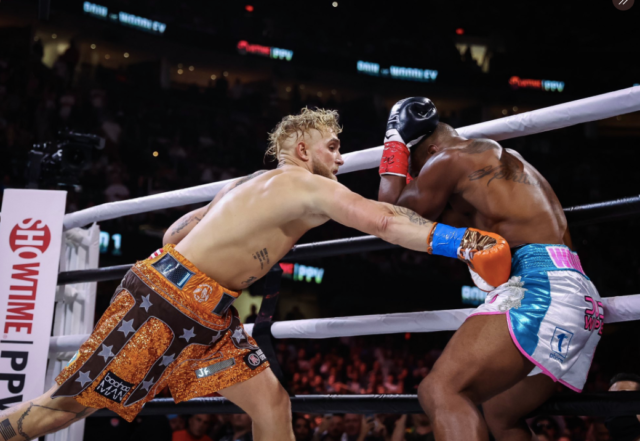 Jake Paul moved to 4-0 in his career 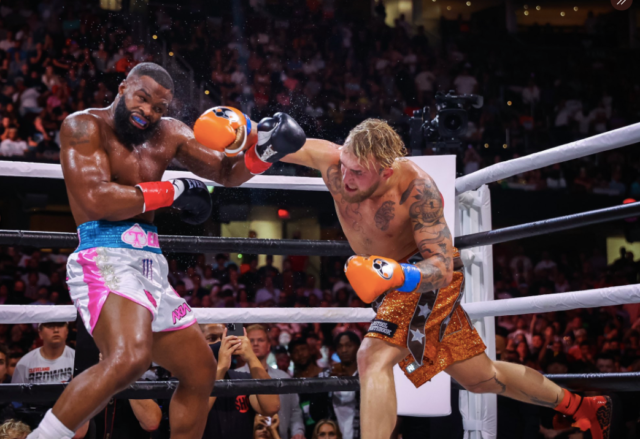 Paul then scored with a right uppercut, the most eye-catching shot of the fight up until that point.

Heading into the fourth and a pattern was starting to build until Woodley rocked Paul and sprung the fight into life.

A big right hand over the top, and a left hook had the celebrity former vlogger hurt for the first time in his boxing career.

Woodley decided to then gesture to the crowd as Paul managed to see out the round and overcome adversity in the ring for the first time.

The fifth round picked up where the last left off, as Woodley landed a right uppercut, followed by a rear hand down the middle.

Paul ended the round punching back but it was clear the tide was threatening to turn.

Both fighters looked to be slowing down by the sixth, prompting Paul to let his hands go but nothing landed.

He was still feeling it by round seven but managed to control the distance with a smart jab while Woodley postured and feinted but did not throw. 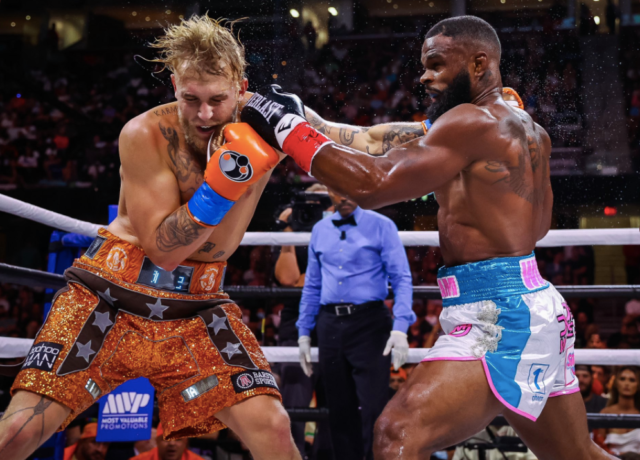 Jake Paul had to overcome scares during the fight 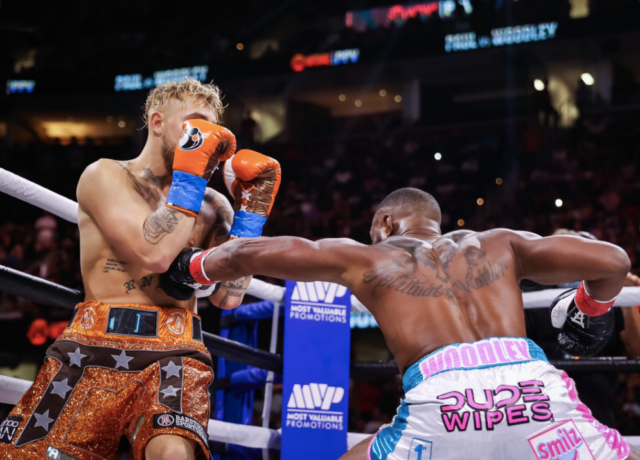 Paul finished the round with a right hand over the top to assert himself on top once more.

And he did a good job in seeing out the final round by circling around the ring and staying out of distance to take the fight to the cards.

After a split-decision was announced, both men were mythed, with Woodley aggressively calling for a rematch.

He said: “I feel like if that was the second biggest pay-per-view, then round two is gonna be bigger than that.

“I feel like I won the fight. I feel like Jake’s a great opponent. That’s why I came in great shape.

“The fact that one judge gave me two rounds is laughable. No disrespect, but f*** that Fury fight, me and Jake need to run that back.”

Both fighters made a bet that the loser would have to get the winner’s name tattooed on them afterwards.

And Paul, who moved to 4-0, insisted if Woodley went through with it, a rematch was his.

He replied: “Get the tattoo and we’ll run it back. We got the tattoo artist right here, so you ain’t going nowhere.

“Wipe the sweat off and shave that leg, because I’m fucking putting I love Jake Paul on your leg and we can run it back.”