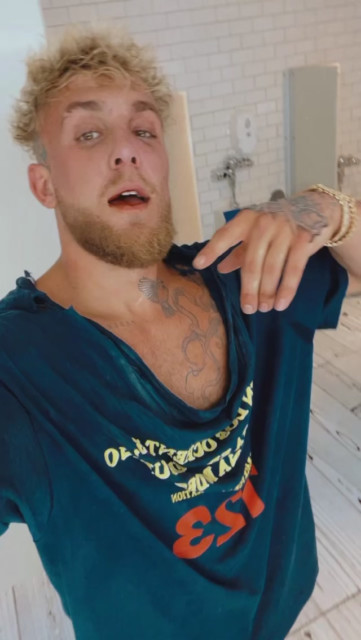 JAKE PAUL has shown off his black eye and claimed that Floyd Mayweather is ‘sending goons’ to ‘kill’ him.

The ‘Problem Child’ squared up to Mayweather in Miami as brother Logan promoted his upcoming exhibition bout with Floyd on June 6. 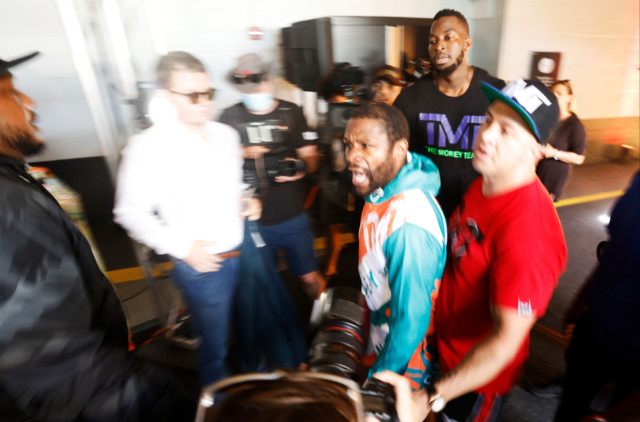 Mayweather, 44, was visibly furious after the incident

Things kicked off after Jake shouted ‘you wanna make it two in one night’ to Mayweather.

As he made his way over to confront the YouTuber, fired-up Mayweather said: “Yes.”

Chaos then broke out when Paul stole Mayweather’s hat – with the pair eventually being separated by members of their entourages.

Mayweather, however, was still fuming after the fracas and was heard shouting: “When I catch you, motherf***er, I’ll kill you motherf***er! You crazy?!

And after being dragged away, the furious 50-0 fighter was then heard shouting: “I’ll kill that motherf***er.”

Paul, 24, quickly took to social media to capitalise on the publicity.

He tweeted: “honestly have had 3 easy fights as a pro so been itching for some real action. 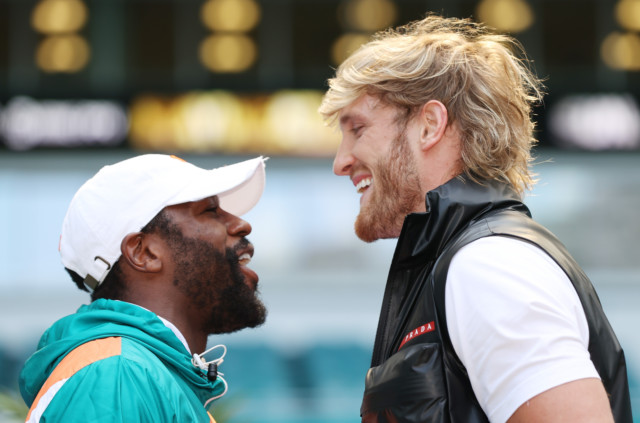 Mayweather had just faced off with Logan Paul

He then added: “word on the street already is that Floyd is sending goons after me to try and kill me or hurt me

And he couldn’t resist a final dig at Floyd, writing: “I stole his hat because he steals peoples money with boring fights.”

Paul also showed off his black eye on Instagram, having been caught by a member of Floyd’s entourage.

He also changed his Twitter username to ‘Gotcha Hat’, before promptly flogging merchandise featuring the phrase.

The YouTube boxer has beaten AnEsonGib, former NBA star Nate Robinson and Ben Askren as a pro in the ring.

He has been linked with a bout with Tommy Fury, having been called out by the Brit.

all for a hat pic.twitter.com/mfTyvAPT4n