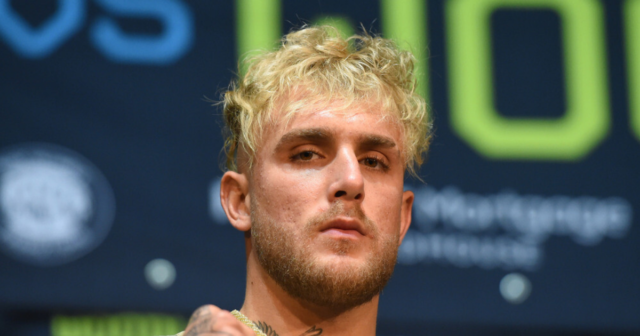 JAKE PAUL shut down fighting Conor McGregor’s training partner Dillon Danis but said he could ‘handle that one in the streets’.

The YouTuber has long feuded Danis and they even clashed in Los Angeles after launching water balloons at him in December.

Paul did offer Conor McGregor’s training partner a fight in March, but the Bellator welterweight was injured with an ongoing knee problem.

The social media sensation has since appeared to move on from the rivalry, but warned it could be settled outside of the ring.

Paul, 24, said on the Last Stand Podcast: “I think it could happen, but again, it’s like he’s not a striker.

“So you know after I beat Tyron, it’s like wow he just knocked out a five-time UFC champion who has knockout power.

“Now he’s going up against some Jiu-Jitsu guy who isn’t a striker like it’s a hard sell for that fight. I think I’m going to handle that one in the streets.”

Danis, 28, hit back on Twitter: “i’ll put any about of money i dance on his head in any kind of fight this bitch is all talk.” 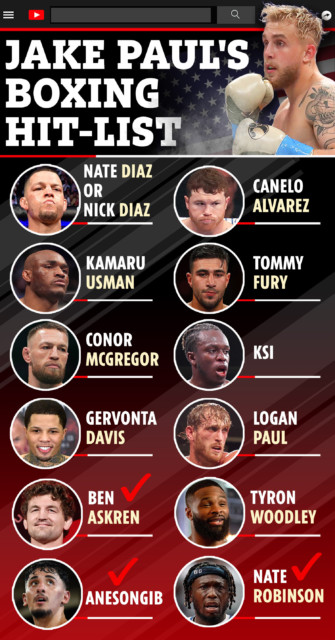 Paul is 3-0 in his career, all by knockout with wins over YouTuber ‘AnEsonGib’, ex-NBA star Nate Robinson, 37, and retired UFC welterweight Ben Askren, 37.

The KO against Askren in April followed after Danis was unable to accept fight amid his injury.

Paul returns to the ring against ex-UFC champion Tyron Woodley, 39, on August 29 in his fourth and most challenging fight to date.

And he claimed he is on course to become the biggest attraction in the sport, putting him alongside boxing royalty.

Paul said: “I am on a trajectory to become the biggest prizefighter in the world.

“I think that’s so special and people don’t get to follow that journey very often. As it stands, for the kids, I look like Mike Tyson.

Advertisement. Scroll to continue reading.
In this article:jakepaul, thatone, trainingpartner