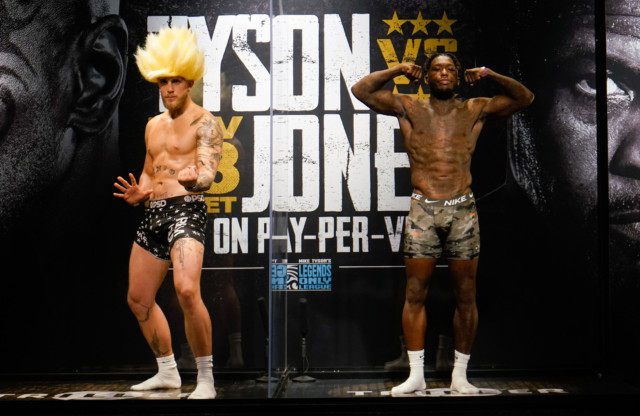 JAKE PAUL has launched a stinging attack on Nate Robinson by warning the NBA star’s kids NOT to watch their fight because he’s going to embarrass their dad.

The YouTube sensation embarked on his boxing career with a victory over fellow social media celeb AnEsonGib in January.

And the 23-year-old returns to the ring this weekend with a fight against retired basketball ace Nate Robinson.

The two men will clash in a six-round cruiserweight bout on the undercard of the epic Mike Tyson vs Roy Jones Jr event.

And at the weigh-in, 1-0 novice Paul fired a warning to Robinson’s four children.

Paul recently hit the headlines for claiming he would ‘kick Conor McGregor’s a***’ in the boxing ring.

And speaking after the weigh-in, the ‘Problem Child’ also explained why he’s so desperate to succeed inside the squared circle.

He added: “I love the sport, you know. I’m made for this. And to me, it’s an opportunity to prove people wrong.