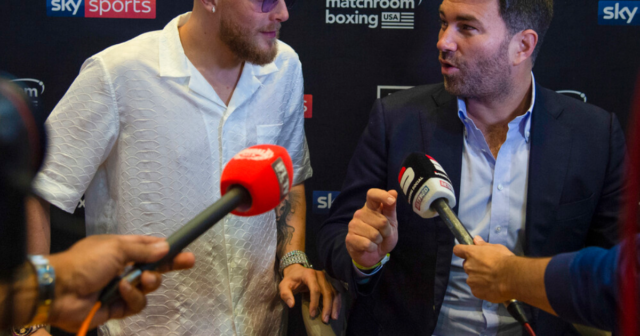 EDDIE HEARN urged Jake Paul to face Conor McGregot next – but fears the feud with Dana White could stop the ‘massive fight’ from happening.

And more recently, he has feuded with the UFC president online, accusing him of underpaying his fighters.

All while the YouTuber has long called out McGregor – who lost his boxing debut to Floyd Mayweather.

And Hearn said the Irishman is the biggest fight out there for Paul but admitted his rivalry with White could stand in the way of negotiating a deal.

He said told DAZN Boxing: “For me, the fight is Conor McGregor. I keep saying it. I think it’s a good fight, to be honest with you.

“You’ve got the weight difference. Conor McGregor can box. He’s not a boxer but he’s had an amateur background.

“He’s a lot more accomplished than a Tyron Woodley or an Askren and these kinds of people.

“And it’s a massive fight. But obviously you’ve got the whole UFC, Dana White – Jake Paul.”

UFC fighters are prohibited from competing outside of the octagon, unless given special permission.

McGregor, 33, was given so to fight Mayweather, 44, in a 2017 crossover bout which White co-promoted.

But his back-and-forths with Paul, 24, make a deal less likely to be agreed.

White even responded to Paul’s accusation he uses cocaine and agreed to be tested for the recreational drug over a TEN YEAR period.

But in return, he wanted to steroid test the 5-0 prizefighter for two years, alleging the American celebrity of cheating.

Paul denied ever taking steroids and also agreed to be tested by United States Anti Doping – the UFC’s drug testers – to prove it.

Hearn admitted he was stunned that White responded so publicly to Paul, which played right into the social media sensation’s hands. 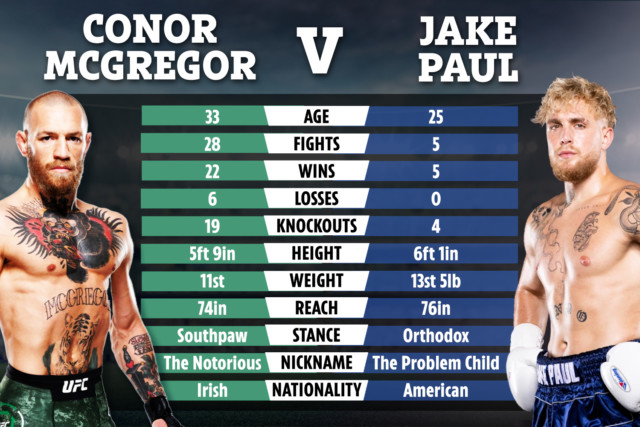 “I’ve got a huge amount of respect for Dana White and I was quite shocked that he posted a video about Jake Paul addressing him.

“That would have been music to Jake Paul’s ears. Music to his ears, because that’s what he does, he goads you to the point you start talking back.”

The ex-UFC champion was initially beaten on points in August but knocked out in the December rematch.

Woodley only filled in on short notice after Tommy Fury, 22, pulled out with a broken rib and chest infection.

It means Paul is still yet to fight an opponent with prior professional boxing experience, something 0-1 McGregor technically has. 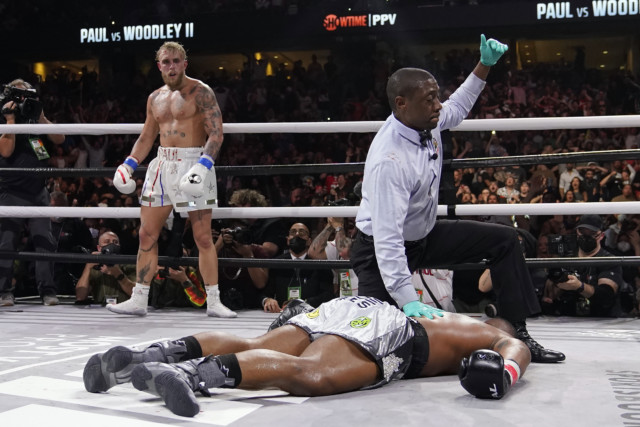 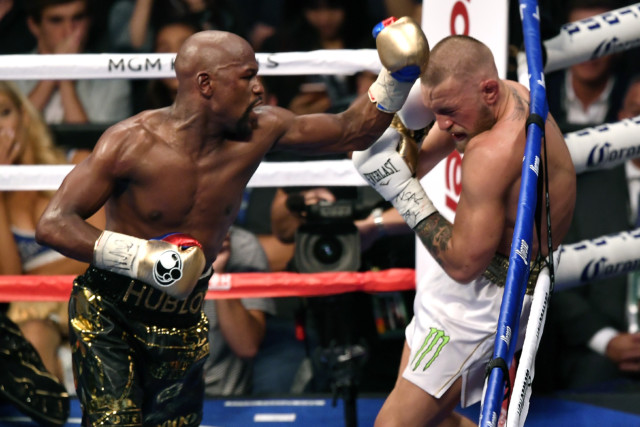 Did you miss our previous article…
https://www.sportingexcitement.com/boxing/chris-eubank-jr-slams-trainer-adam-booth-for-coaching-liam-williams-for-pairs-grudge-match-alongside-cousin-harlem