Jake Paul vs Tyron Woodley 2 undercard: Who is fighting on huge bill in Tampa?
Advertisement 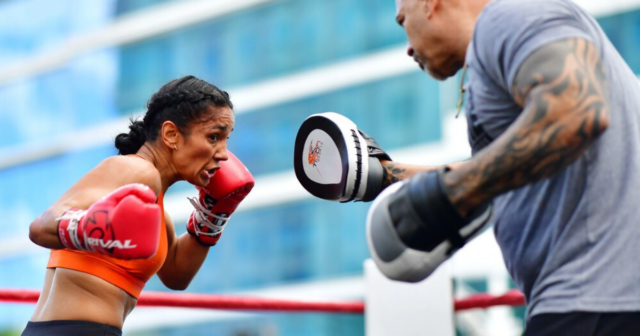 JAKE PAUL is back in the ring this weekend against his nemesis Tyron Woodley in a huge money-spinning rematch.

Paul was supposed to fight Tommy Fury in what would have been an even bigger bout but the Brit had to pull out with an injury.

So in stepped ex-UFC star Woodley, who Paul beat via split decision back in August in Cleveland.

This time around, Woodley knows he needs to put on an even more offensive performance than he did in the first fight, so entertainment value should be sky-high.

The card also features a few boxers who have fought on Paul’s undercards before.

But the co-feature is out of the weird and wonderful category as an former NBA and NFL stars collide.

One of the main attractions on the card is ex-NBA star Deron Williams’ clash with former NFL player Frank Gore.

And Paul’s sparring partner Anthony Taylor, who lost a decision to Tommy Fury in August, also features on the card.

When is Paul vs Woodley 2 and what channel is it?