Jake Paul vs Tyron Woodley: How YouTuber and out-of-form UFC star compare ahead of this week’s huge fight
Advertisement 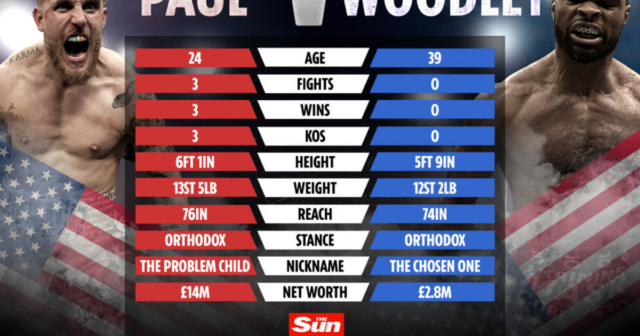 JAKE PAUL and Tyron Woodley are set to go toe-to-toe in the boxing ring this week.

YouTuber Paul, 24, holds a 3-0 professional record early in his career, while 39-year-old UFC star Woodley has lost his last four fights in the octagon.

Woodley called out Paul in April – but insisted he wanted any fight to be under MMA regulations.

But the pair will now instead face off in the boxing ring.

But how do Paul and Woodley compare ahead of their proposed fight?

Paul holds the edge in boxing, having fought – and won – three times in the ring.

Woodley has never boxed, but is streets ahead of his American rival in terms of fighting experience.

The veteran MMA star has been fighting in UFC since February 2009 and has a career record of 19-7-1 following a recent slump in form.

Paul, standing at 6ft 2in, holds the height advantage over 5ft 9in Woodley, while boasting an extra stone in weight and additional two inches on his reach.

Despite that, Woodley should provide the sternest test of Paul’s fledgling career.

The Chosen One claimed the UFC welterweight belt at UFC 201 then defended it four times. 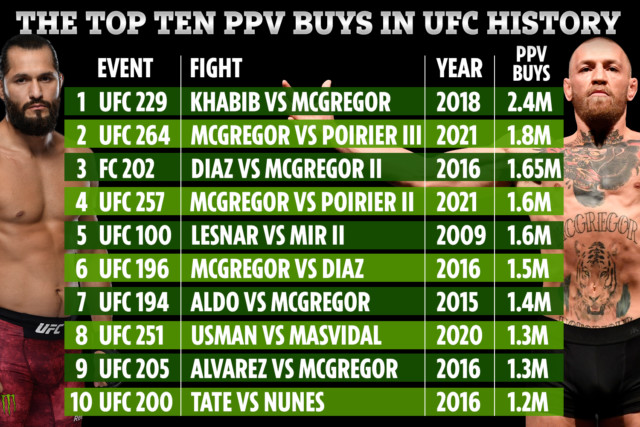 And he recently revealed his desire to ‘f***ing hit Paul’s face’ – although Woodley had initially hoped to fight in the octagon.

Woodley roared: “You had a lot to say in the locker room, let’s fight.

“I wanna hear what [Jake Paul] gotta say about it. You wanna fight me? He could fight me.

“I’ll fight in MMA, because I wanna elbow his ass. I don’t want no little boxing, the p**fy gloves.

Advertisement. Scroll to continue reading.
In this article:boxingring, lastfour, thisweek