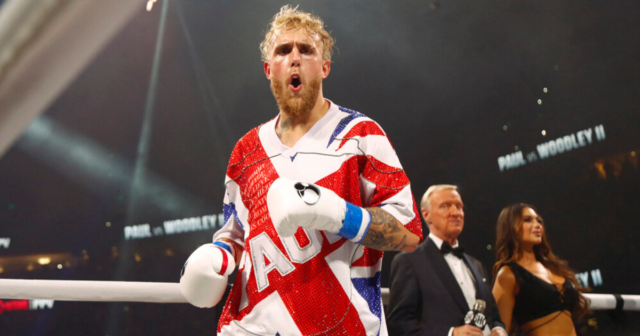 JAKE PAUL has been warned ‘no amount of training’ could prepare him to fight Khabib Nurmagomedov in MMA.

The YouTuber was invited to the cage by Khabib, in the UFC legend’s Eagle Fighting Championship.

But Paul insisted he would only sign with Nurmagomedov if he could fight the unbeaten and retired Russian straight away.

The American, who competed as a high-school wrestler, had previously teased a switch to MMA by posting a video throwing leg kicks.

Still, despite his recent session and prior grappling background, former UFC champion Michael Bisping advised him against ever fighting legendary Khabib.

Bisping, 42, said on his YouTube channel: “For Jake Paul to be going out there and saying he will fight in MMA against Khabib, I mean what the f*** is that?

“No amount of training from Khabib or from anyone is gonna have you beating Khabib, yes he did a little bit of wrestling when he’s at school.

“Guess what, I haven’t researched Jake Paul’s wrestling credentials. I haven’t looked in so maybe I’m wrong, but I heard he wrestled a bit.

“At the end of the day, we are talking about fights that will never happen. Jake Paul vs Khabib, never gonna happen.

Paul has knocked out two former UFC stars, Ben Askren, 37, and most recently Tyron Woodley, 39, in the boxing ring.

He initially beat ex-UFC champ Woodley on points in August but scored a brutal stoppage in their late-notice rematch in December.

It added to prior KO’s over online rival ‘AnEsonGIb’ and ex-NBA point guard Nate Robinson, 37.

Paul has however not yet faced an opponent with prior professional boxing experience, after Woodley replaced Tommy Fury when the prizefighter-turned-Love Islander pulled out injured. 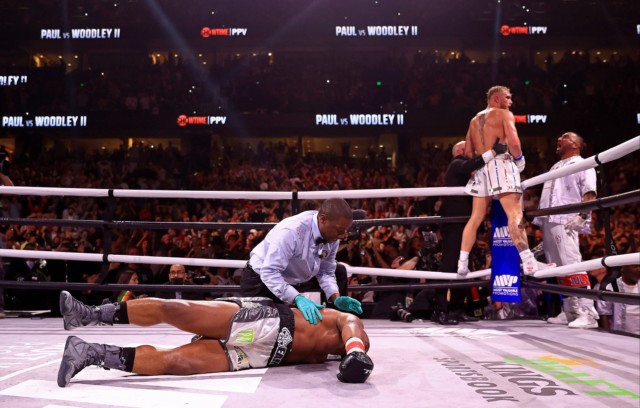