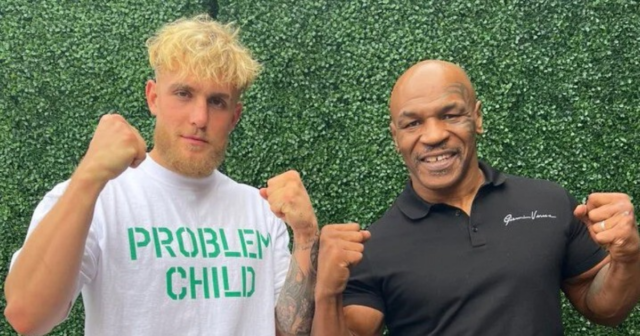 Speaking on his Won’t Back Down podcast, the former middleweight champion believes Paul is wasting his time calling out the likes of Nate Diaz and Jorge Masvidal for fights because of their UFC’s contracts.

Instead, Weidman believes the YouTuber would be better off aiming his sights at Silva, who was released by Dana White last year.

“I would love to see him fight Anderson Silva,” Weidman said.

“He’s calling out all these fighters with UFC contracts. I don’t think he’s really – none of those are really going to happen at this point.

“The UFC would have to get behind it almost like a Conor McGregor and Floyd Mayweather type match. But unless you’re drawing in $500 million like the Mayweather and Conor McGregor fights were doing, the UFC’s not doing that because they want to split it.

“They would split it, but if it’s not that type of money, they’re not doing it. So (we’re) wasting our time even talking about (Nate) Diaz, (Jorge) Masvidal and (Kamaru) Usman.”

Paul has had an angry exchange of words with Masvidal in the past few weeks.

Appearing on his brother Logan’s podcast Impaulsive, Paul made his offer to Gamebred.

Paul said: “Masvidal is like, ‘I only fight the best people or I fight for money, and you’re neither one of those’.

“Masvidal, I’ve got an offer for you right now: $5m guarantee, plus percentage of pay-per-views.

“That’s the most you would have ever made in a fight, ever. So now you can’t say, ‘I either fight the best, or I fight for money.’

But Masvidal shut down the offer immediately, after once telling his foe he would put him in a wheelchair.

“The UFC isn’t going to let me go for chump change,” he wrote on social media.

“Make that 20 guaranteed plus PPV and I’m sure the UFC will be ok with it as long as I break them off their fee and then I’ll gladly break your face.

“If the UFC still says no because the money is still too low then come over to the UFC, sign a one-fight deal and we can stipulate I can only box in the cage.

“If I do anything other than that I will forfeit my purse to you. Come on over and get paid and laid out.”

Anderson Silva would be a perfect opponent for Paul, according to UFC legend Chris Weidman
Advertisement. Scroll to continue reading.
In this article:andersonsilva, chrisweidman, ufclegend