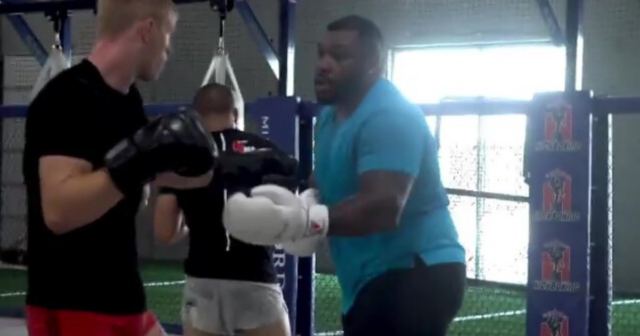 JARRELL MILLER has been training with UFC champions while serving a drugs ban from boxing.

The heavyweight was first shamed in 2019 after failing three pre-fight drug tests and lost out on close to £4million to fight Anthony Joshua.

Miller was only banned by governing body WBA for six months but was welcomed back by legendary promoter Bob Arum and a Top Rank contract.

But again controversy struck as his comeback fight against Jerry Forrest in July 2020 was cancelled after another failed drug test, with Arum also cutting ties.

Miller was hit with a substantial two-year ban, but throughout the doping scandal, he has continued to train and spent time at Sanford MMA in Florida.

Headed up by ex-Dutch kickboxer Henri Hooft, it is a premium MMA gym in America and houses the likes of UFC stars Kamaru Usman, 34, Luke Rockhold, 37, and Gilbert Burns, 35.

Miller, who has competed professionally in kickboxing, has recently been captured sparring Rockhold, a former champion.

His promoter Dmitriy Salita revealed kickboxing training has always been part of the American’s regime, but has his sights set on a boxing return.

Salita told SunSport: “He is getting back in shape with a mind set to be the best in the division.

“He wants to be an American heavyweight champion of the world from Brooklyn, New York. We haven’t had that in a long time.

“Jarrell always did kickboxing training even for his boxing fights.

“It helps him get in shape and maybe one of the reasons why he is so athletic and flexible in the ring for a heavyweight.”

Miller in April 2019 first tested positive in a blood sample for human growth hormone (HGH), which is on the World Anti-Doping Agency banned list.

A urine sample after then also showed traces of EPO – known to increase oxygen-carrying and combat fatigue – as well as GW1516, which helps boost endurance and fat loss.

Miller blamed the positive tests on an injection to an injured elbow and tainted supplement. 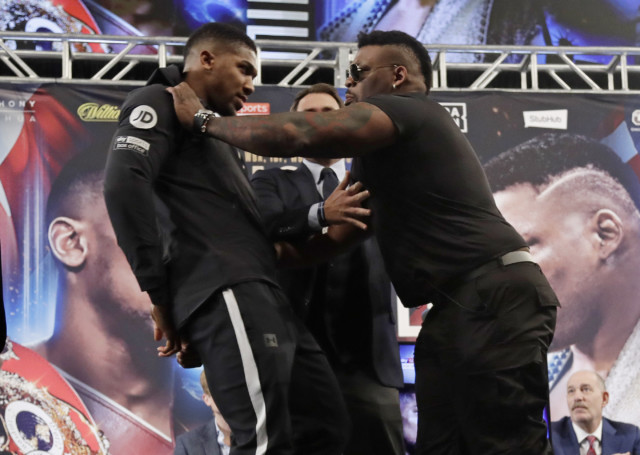 Anthony Joshua saw his fight with Jarrell Miller in 2019 cancelled

When he returned a year later, to again test positive for GW501516, he this time insisted it was down to a sex pill.

It landed him a two-year ban by the Nevada State Athletic Commission, which could be reduced to 18 months if he completed drug testing program.

That would mean he could make a comeback as early as January 2022, but it is not clear whether those terms were met.

Promoter Salita is aware Miller’s first fight will be to win over fans again as he expects a harsh reception upon his return.

He said: “That is going to happen. I believe Jarrell learned his lessons and knows that he has several years to make a mark in the division.

“Positive, responsible  action inside and outside the ring is what is most important and something that fans will look at, can’t blame anyone for that.” 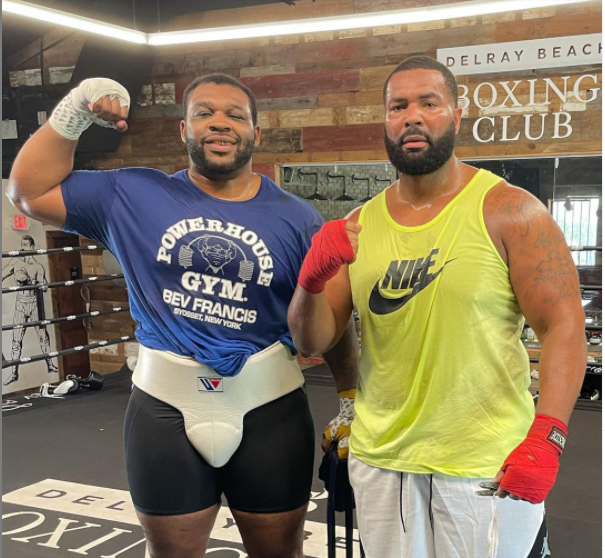 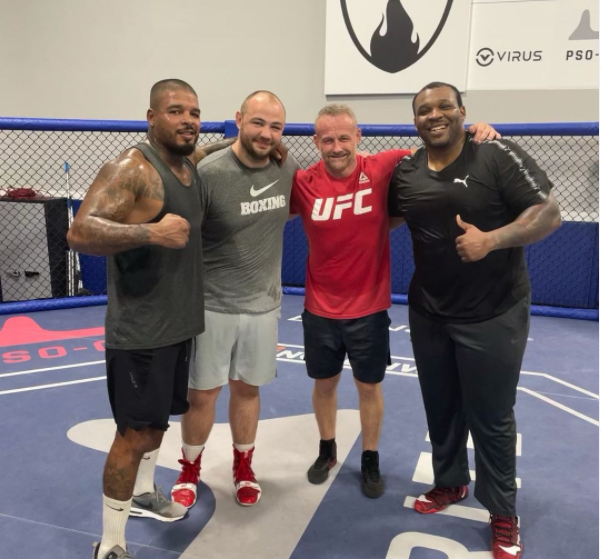 More recently, Miller – who has not fought since beating Bodgan Dinu in November 2018 – has linked up with boxing trainer Kevin Cunningham in Florida.

And when not sparring with MMA elite, he has shared rounds in the gym with ex-opponent Dinu, 35, as well as current contenders Adam Kownacki, 32, and Christopher Lovejoy, 37.

Miller may have missed out on fighting AJ – who lost to replacement Andy Ruiz Jr and then won the rematch – but the boxing villain has set his sights on Tyson Fury.

Fury, 33, recently knocked out Deontay Wilder, 36, in their trilogy bout in his adopted US home of Las Vegas.

And with a gap to fill as America’s next world title challenger, Miller will lace up the gloves once more with one eye on a super-fight with the Gypsy King.

Salita said: “That fight maybe the biggest heavyweight promotion in a long time. It can be very exciting.

“One step at a time but that would be tremendous.” 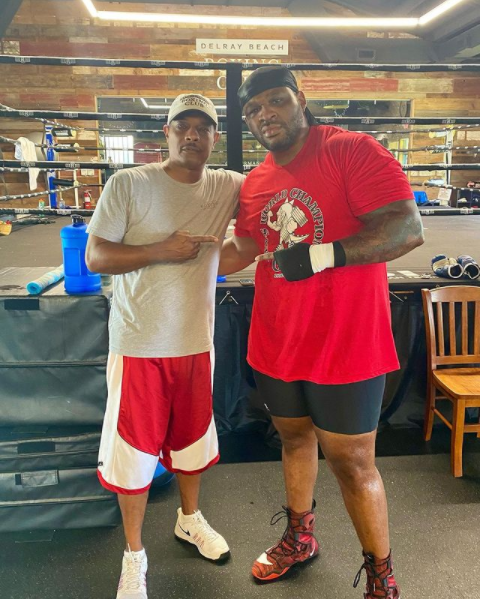 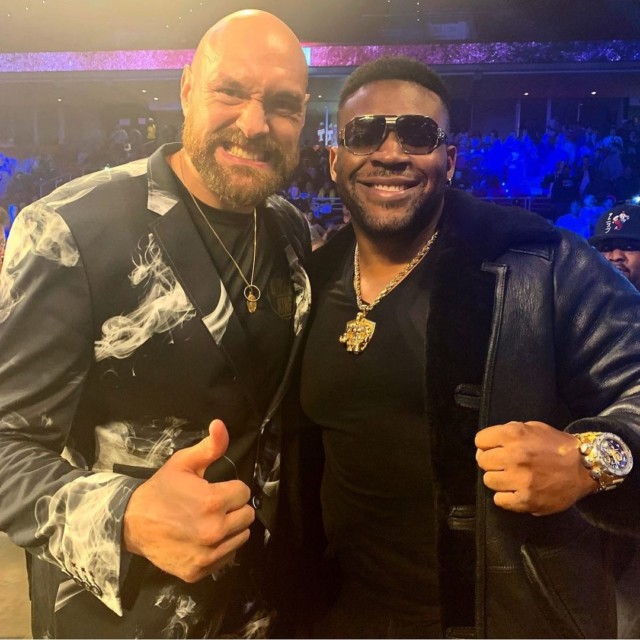